The shape of 「肉」 in its component form is differentiated from 「月」 in Taiwan and sometimes in Hong Kong's table of standard character forms, but appear the same in other regions' standards and in traditional print. Conversely, 「舟」 in its component form seems to be differentiated from 「月」 in traditional print. Take the entry for 「服」 from the Kangxi Dictionary for instance (notice the two "dots" in 「舟」 versus the two horizontal strokes in 「月」 in the characters above and below):

Interestingly enough, it seems that a large chunk of characters with 「舟」 in its component form is a result of being corrupted from 「凡」 (e.g. 「服」, 「前」, etc.), but traditional print shapes still differentiate it from 「月」.

In modern times, this distinction is not found in any regions' standard with the exception of South Korea I believe, which is largely similar to Kangxi dictionary's character forms (although I don't know if Koreans are taught to write that way as well, or if their handwritten forms are different). I'd like to understand:

Edit: Reworded the questions after reading a very informative answer here: Is there any character with radical 月 that has a meaning of 月 (not 肉)?

If you count handwritten dictionaries or volumes, then yes, they're usually recorded as variant characters. See a 國學大師 record:

If you're talking about handwriting, I don't believe that this is true in a mass-scale sense: 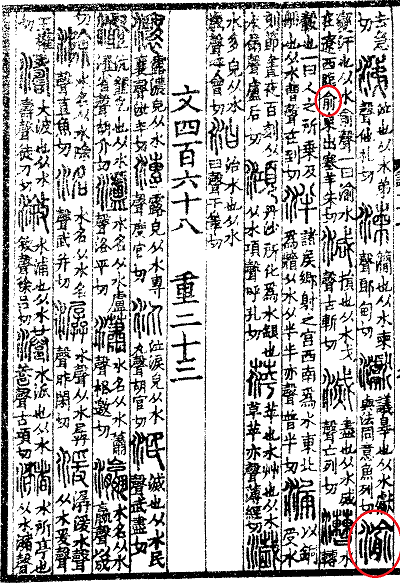 Excerpt from a Song Dynasty version of Shuowen

If you're talking about the print styles in the Kangxi dictionary, I'll draw your attention to the layout first: 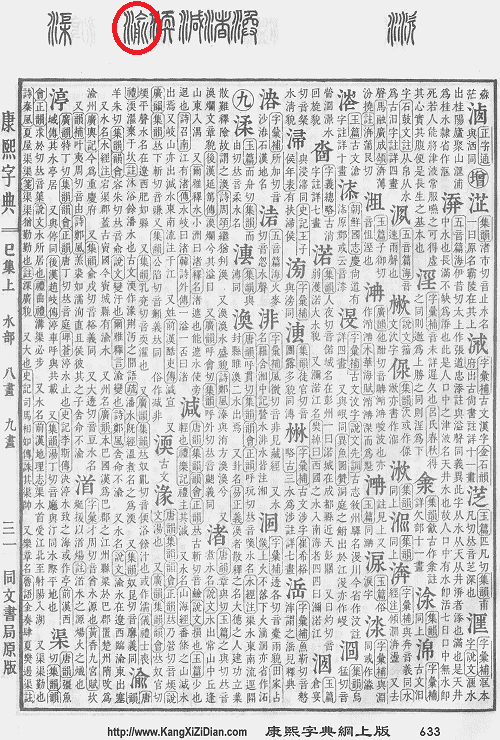 As you can probably infer, Kangxi print styles made a conscious effort to incorporate Shuowen small seal script features. General print shapes before or even after Kangxi did not really do this. 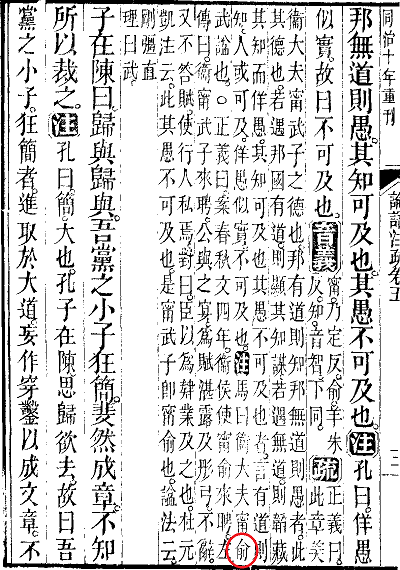 Excerpt of 《論語主疏》 printed in the fourth year of Qianlong, from ctext

Would it be seen as strange for someone make that distinction in their handwriting today (although the usefulness of actually doing this can be debated)?

We can take the ROC standard as an example, because we know that they differentiate between「月」and「⺼・肉」...

However, the effort in distinguishing them results in such a small change in the print shape that, if you carry this on in handwriting, I doubt that it'll be seen as weird. It'll be kind of weird if you fully wrote「舟」though, I'd imagine that someone not familiar with paleography might not even recognise the character.

6
Is there any character with radical 月 that has a meaning of 月 (not 肉)?

10
Some characters look different handwritten and on the computer - how to learn the differences?
12
Why was the rice component added to 气 to form 氣?
7
Bottom component of 青 and 䏍
0
Do characters like 司, 习, and 可 have different first strokes?
1
When writing, do chinese people rotate the page to write more easily?
5
What function does the「𠂉」-shaped component have in characters like「𥏻」and「傷」?
4
Glyph origin of 录. Is the original form 禄, 録, or 剥?
1
I have a hard time reading handwritten characters, and was hoping for some help figuring out this script