I was going through Babel Stone's PUA page when I came across, some, of the following characters. This one is Japanese:

This one is Korean:

This one is Zhuang:

What Hanzi-Latin hybrid characters exist? (If any?)

If you consider only "official" characters encoded in the Unicode 12.1, as opposed to the Private Use Area (PUA) that you are referring to, or other unstandardized and humorous characters, then there doesn't seem to be any Latin-Hanzi hybrids. At all.

And noticed plenty of unusual and peculiar ideographs, like these: 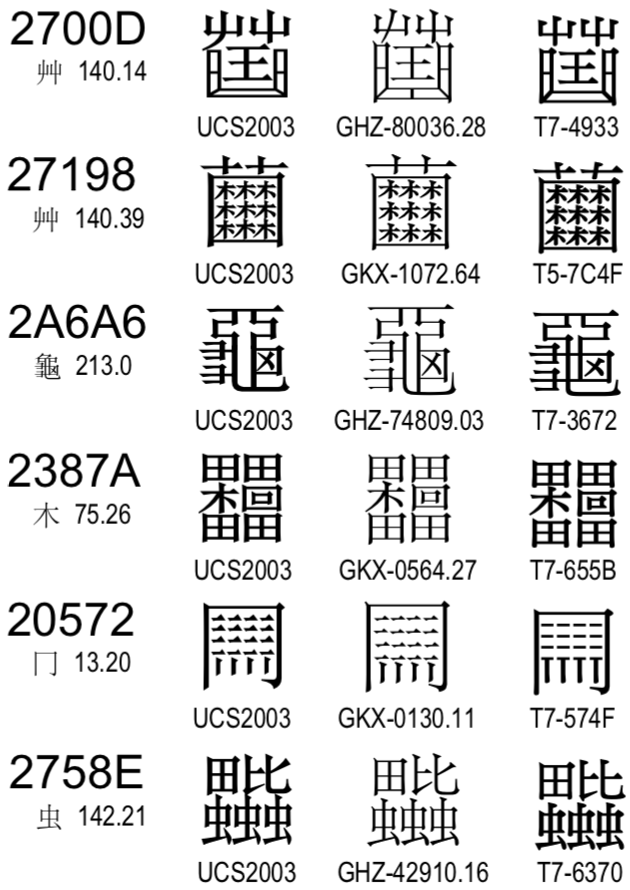 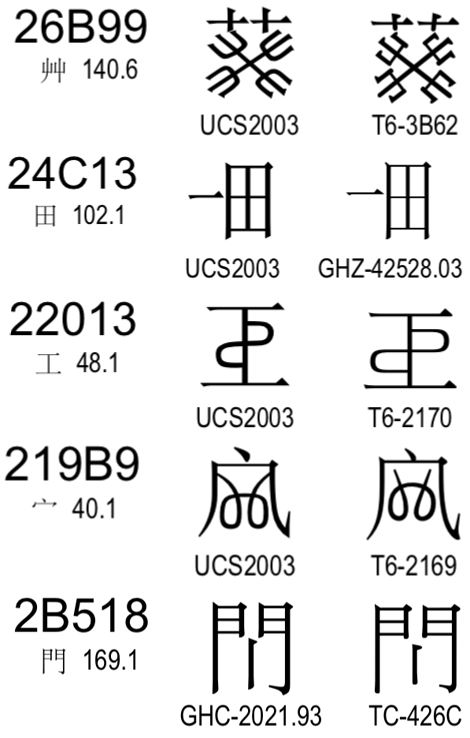 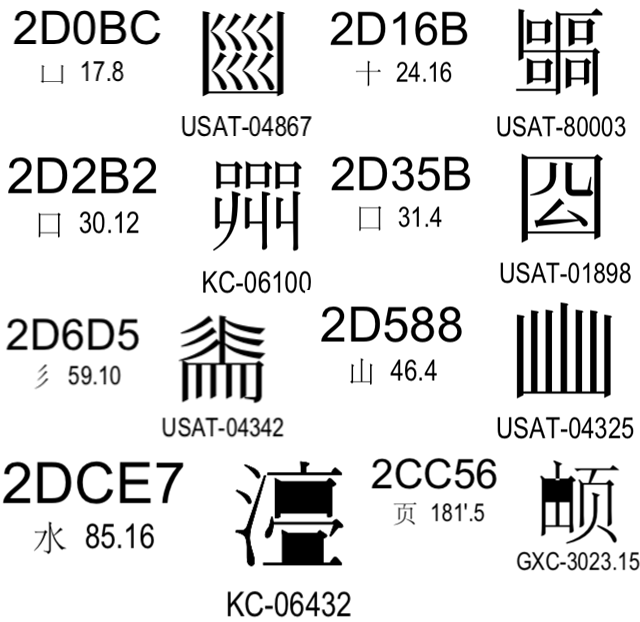 But not a single character contains a Latin letter.

The closest to look like having a letter inside are these two. They have a stroke that looks precisely like a lowercase Greek alpha: 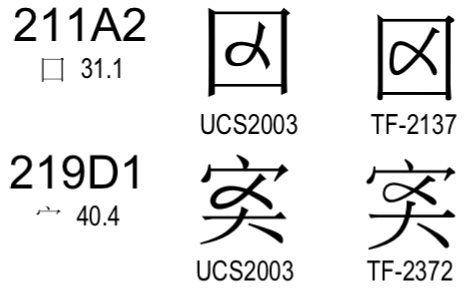 It is hard to eliminate all possibilities. But from daily life, there is no such hybrid characters. It is more simple to treat a Latin letter as a character. There is no practical use of it.

In Hong Kong, it is common to write Arabic numerals and Latin letters for shorthand in work or less formal conversation, mixing homophone and shape and English. For example, 0T for 檸茶(lemon tea), 0水 for 檸水(lemon water), c9 for 師奶 (housewives).

You might find hybrid in the brand logos and some artistic designs.

There is a joke in a Hong Kong film Love Undercover (新紮師妹) and create a fake hybrid character like this. 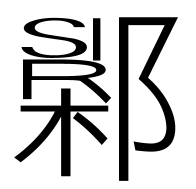 16
List of hanzi and their components
6
Looking for very common dialect words that have no Standard Mandarin Chinese hanzi characters
7
Semantic Puns and Alternative Hanzi
3
Hanzi Underline Rules?
2
What words exist that come from deconstructed characters?
0
Official Naming of the Characters (Hanzi) in Mandarin Chinese
2
Hanzi for "daigang"?
3
How many unencoded characters still exist?