Meaning of the elements of 爵 (baron)

The 4 elements of this character are well known (claw/plectrum; net; north-east; short measurement), but I cannot see any connection between them that might result in the concept of 'baron'. Can anyone shed some light on this mystery?

The 4 elements of this kanji are well known (claw/plectrum; net; north-east; short measurement)

Not that any of this matters for this particular character, because every component you've listed (apart from arguably「寸」) is a result of graphical corruption. 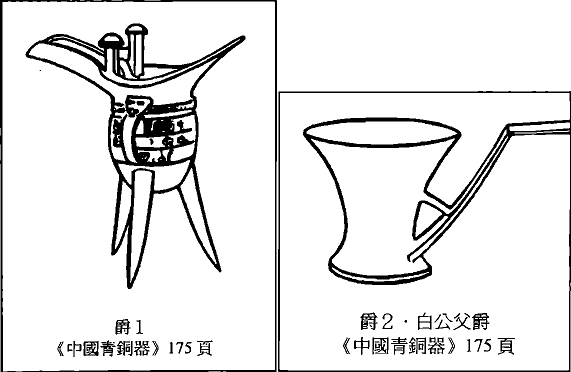 Keeping the columns and the handle,

「鬯」depicts another kind of wine vessel.

The meaning to do with feudal title of an official ("baron") is either a phonetic loan or semantic extension (wine ceremonies were usually conducted by people who can afford them, most commonly officials).