We got this stamp as a gift. What does the Chinese characters translate to? It seems too long to just translate to "conscius" [sic]. 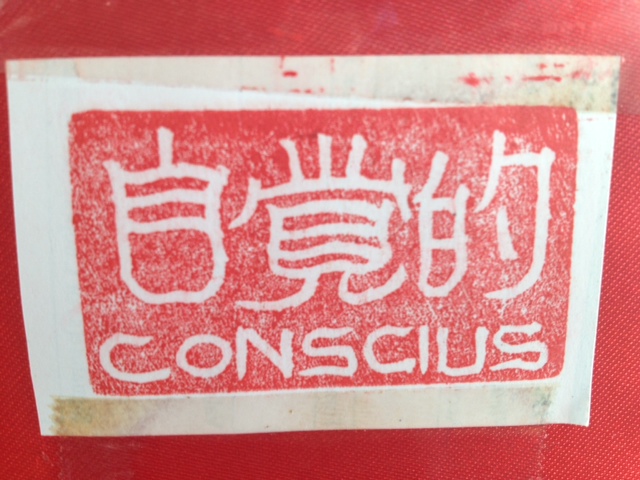 Note that, 覚 is seldom used today. It's an interchangeable character for 觉(simplified Chinese) or 覺(traditional Chinese), which means sense/feel.

PS: I think the one who made the stamp maybe didn't know Chinese. He or She might search conscius in an electronic dictionary and found the Chinese meaning 自觉的. However the translation can be greatly refined :)

However, 觉 is simplified but 覺 is traditional. This leads me to believe that the stamp was made from Japan/Japanese, since the same Chinese character when rendered in Japanese it looks like 覚.

This expression has basically the same meaning for both Chinese users of traditional and simplified and Japanese. (And probably Korean, though they would use 覺.)