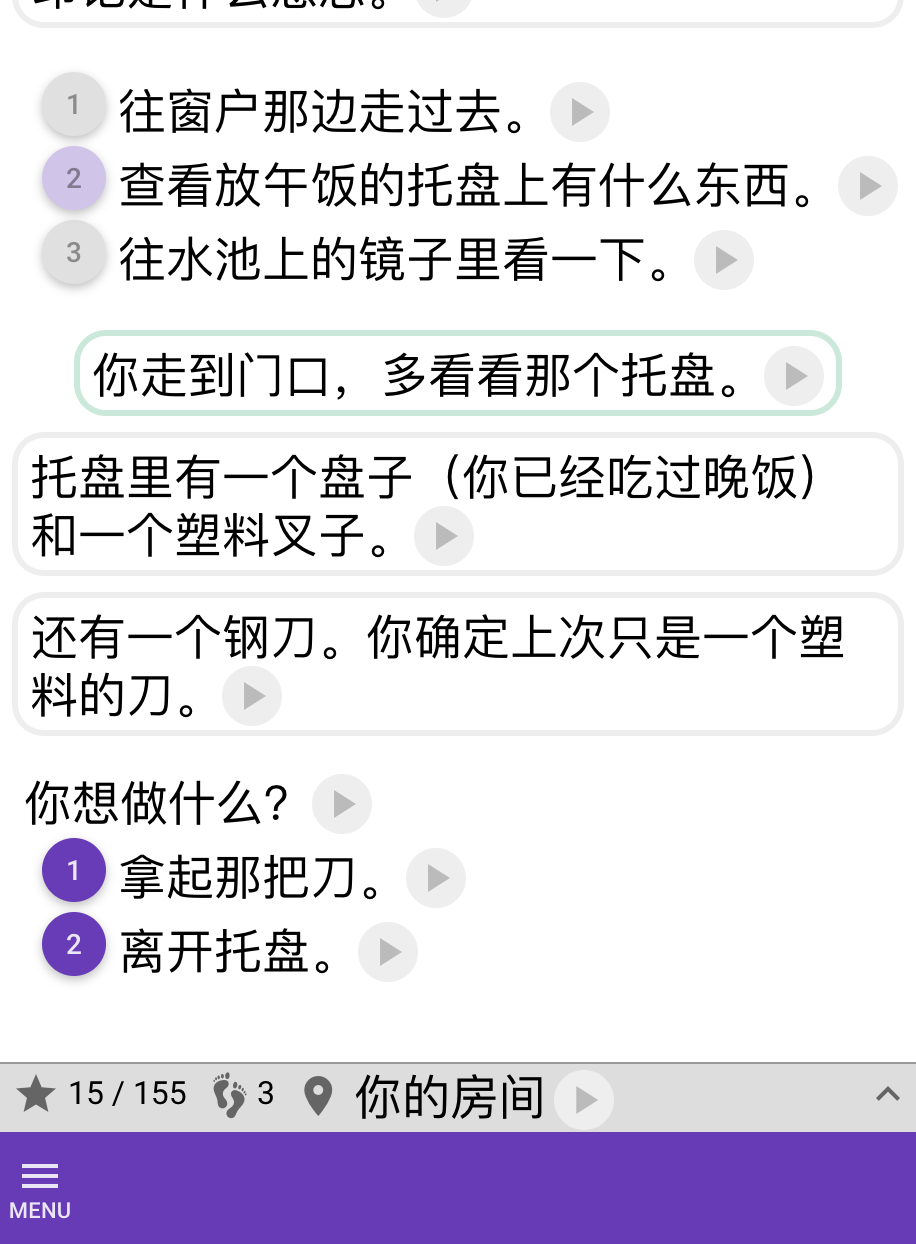 Here are about 20 more of them.

The oldest net games in mainland China, it has been run for more than 20 years

I would say it is not easy for language learners, cuz it is an ancient background game, the text is very literary, the player is born as a young person in the Kungfu world. You need to work, find a master, join a clan, learn skills, you know it is an RPG game.

Take a look at 文字游戏 tag in the taptap

18
Are there word games in Chinese?
11
Are there differences in writing between Chinese languages, such as Mandarin and Shanghainese
2
Are there Chinese spoken language games? (like Ubbi Dubbi)