Can someone translate what these say?

I bought a hooded shirt/short sleeve pullover from yesstyle. It looked cool but I also want to know what the front means and what the top text on the back means. 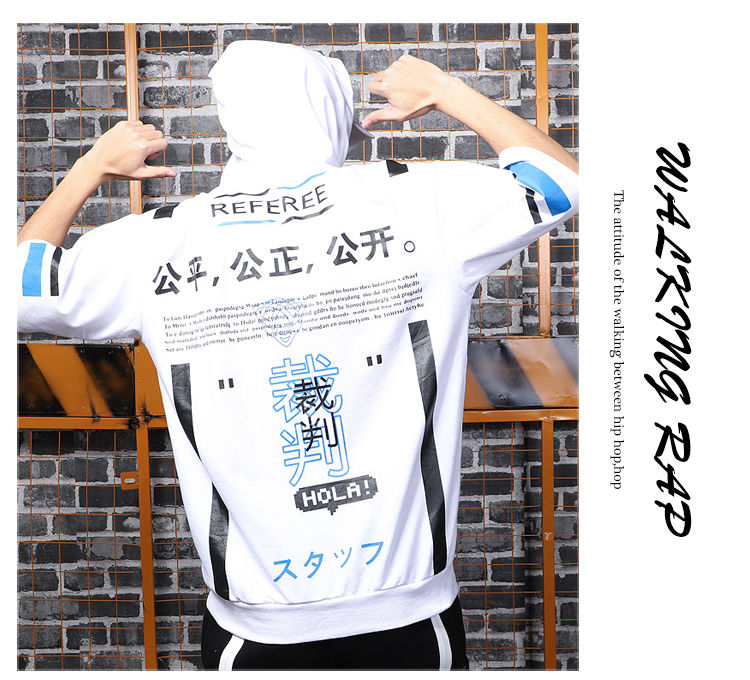 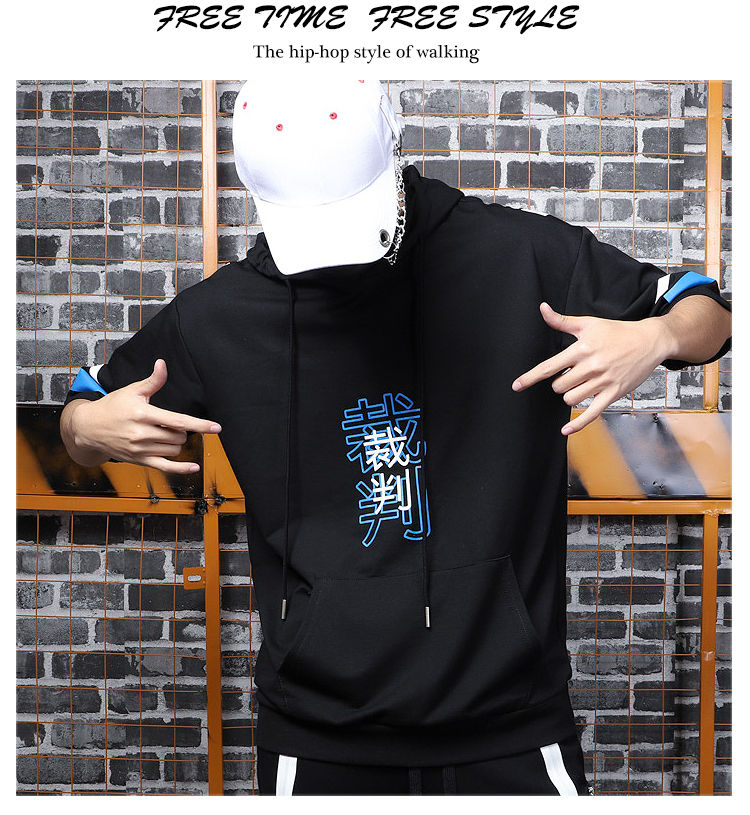 The first image says "公平，公正，公开" on the hoodie, firstly notice the bit of Japanese at the bottom. Chances are that isn't meant to be read in Chinese. Either way, the main three terms translate roughly as "impartial", "equitable", and "public" respectively. I guess the hoodie has something to do with freedom of speech or something similar.

The other central term is "裁判" which I had to look up, translations include: judgment, to referee, umpire, judge, and referee. Referee is also listed at the top of the hoodie in English. Honestly I have no clue what this hoodie is on about.

Edit: In hindsight it's probably meant to be worn by a referee, eheh