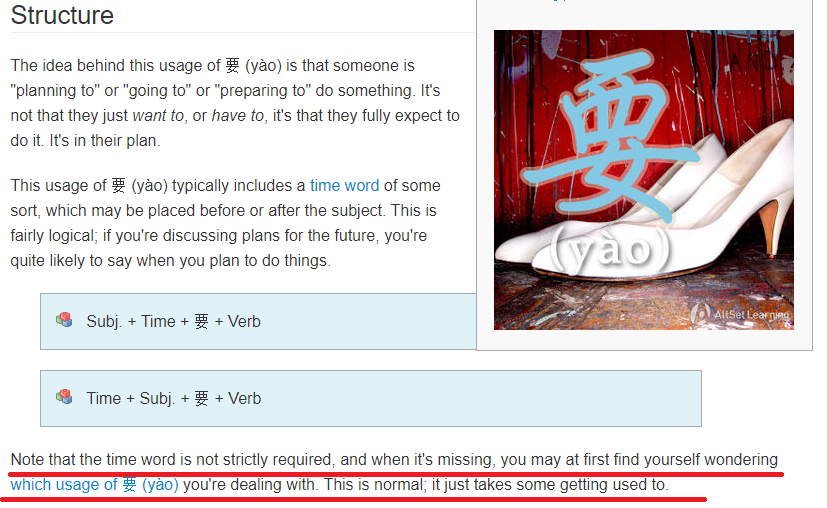 1
Translation: "people with upright eyes will arrive"
0
Does this translation of a sentence accurately capture the information and grammar of the original sentence?
1
Does ...我的中文知识不足够的，所以不可能帮你们... sound awkward?
0
Which is a better translation for the sentence "Let's make a website for remote sensing and photogrammetry real." which will be used as a slogan?
2
What is the difference between zhèng and zhēng in 挣?
1
How do I say "I need some advice about X"?
3
Is referring to Mandarin as just "Chinese" problematic?
2
How to determine if a word occurs more in written or spoken language?
1
How do you ask "Will you see your child next Sunday" in Chinese using verb not verb structure?