Confusion about 要 and 药

Both of these are pronounced in the same way. In latin they are spelt Yào and Yào. I thought each word had four tones. So now I'm confused at how to approach things like this

Am I looking at this from the wrong point of view?

Both of these are pronounced in the same way. In latin they are spelt Yào and Yào.

I thought each word had four tones.

Incorrect. There are four/five tones in Mandarin (mā mǎ má mà ma), but individual characters are pronounced using just one. Each character in modern Mandarin has a single-syllable pronunciation comprising of an "initial", a "final", and a "tone".

Indeed, there's only a small number of possible pronunciations of individual characters (listed here: left = initial; right = final [and you can apply any of the tones]), so many characters are homophones.

How do we know what someone is saying?

Usually the most confusing one is shì: 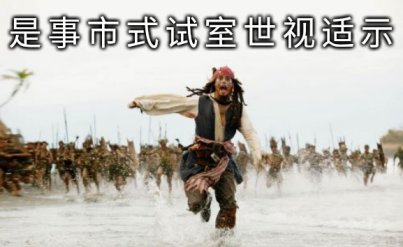 These are all always pronounced shì, and they all arise fairly early in one's Chinese studies. But they're usually combined with other characters:

So we can deduce the meaning of "shì" from the word it belongs to.

I thought each word had four tones.

Am I looking at this from the wrong point of view?

Chinese characters represent single-syllable morphemes. They are not generally words, although if the morpheme represented is free, then the character also represents a word.

The tone is one of the essential properties of a Modern Chinese morpheme. Without the tone information, you just have a syllable and not a complete morpheme, so it is not correct to say that a morpheme has four tones.

Chinese phonology tended to produce homophones over the years, and this problem became even more exaggerated when romanisation schemes such as Pinyin were introduced - syllables became much more rigid and inflexible. 要 and 藥 represent different morphemes, although they are pronounced the same in Mandarin. To find out if homophones originally represented different morphemes, you need to trace their etymology. To give an English example:

The etymology of these two meanings are as follows (taken from Wiktionary):

Chinese has a far greater homophone problem than English! The general idea is the same, though - if you want to find out what morphemes they derived from, you have to look at the etymology. In the context of Chinese, you would look at Old Chinese.

I get 395 words to choose from, all zhi! Of course, they are not all the same tone, but a lot of them are also the same tone!

A long time ago I was reading a book about Chinese, it said English has about 10 000 different sounds. The book said, Chinese only has about 400!

An IT guy here wrote a quick program and looked at different Chinese sounds, he confirmed this!

You may be able to find this thread here on chinesestackexchange, I don't know how to search!

Watch out for that nasty virus, stay safe!

8
How can I express 'having' in an intimate sense?
3
“我们过去了” was he joking?
7
Phrases to acknowledge being corrected in Mandarin
1
What is learned by analyzing the component and relationship of 牧野 in regards to The Battle of Muye?
4
Who should be counted when responding to 你家有几口人 (nǐjiā yǒu jǐkǒurén) “how many people are there in your family”?
1
What's wrong with the four highlighted parts of this foreign-written Chinese passage about campus bells?
0
What do 即 (jí) and 已 (yǐ) do in the sentence 病征在成年早期即已显露 (“symptoms become visible at early adulthood”)?
6
How to express “Now, …” in Chinese (the usage of “now” to draw attention to a particular statement)?
0
What does 经济生活 mean here?
4
Why is 我的朋友今年住在美国 translated to both “my friend [is living in / lived in] America this year”?