Look at this mural from Chinatown, San Francisco: 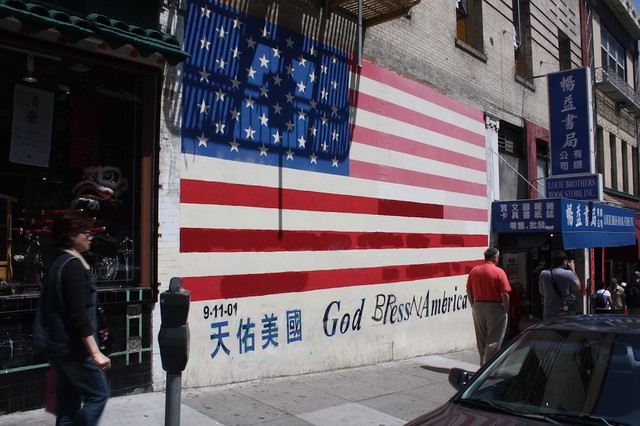 It says「天佑美國」, but is that correct? Shouldn't it be「天祐美國」instead? Isn't god supposed to be a divine being?

According to Wiktionary, 保祐 is a variant of 保佑. Google Ngram Viewer also consider 天祐 to be the same as 天佑: Ngram

Actually, here in mainland China, I think 佑 is much more prevalent than 祐 (I have not been to other Chinese-speaking areas so I cannot give you a definitive answer). You can witness it from the Wikipedia translation of similar subjects, all of them use 佑 instead of 祐:

So if you have to choose between them, I'd say 佑 is actually a safer choice.

Please remember that the purpose of Chinese characters is to represent Chinese morphemes and words; 天佑美國 consists of the same words as 天祐美國, so it cannot be a wrong translation - 「佑」, in this context, represents the same word as 「祐」.

I'm slightly confused at the number of answers pointing towards Mainland Chinese dictionaries and usage, when the character choice in the banner is clearly not Mainland Chinese. It's trivial to do some extra research and open up a Taiwanese or Hong Kong dictionary to find that 「佑」 is also standard in those places.

Anyway, the crux of the question is character choice. Character choice is heavily tied with disambiguation purposes. Why do we even have both 「佑」 and 「祐」 being defined with the meaning bless, protect? In ancient times,

The take home message is that both 「佑」 and 「祐」 were widely (but not exclusively) used, for the meaning bless, protect. Modern Chinese usage across all regions has standardised the use of 「佑」 in modern vocabulary, but Chinese orthography is not set by any particular agency, and 「祐」 has plenty of historical precedence.

Note: 《现代汉语词典》 is an authoritative dictionary published in mainland China. 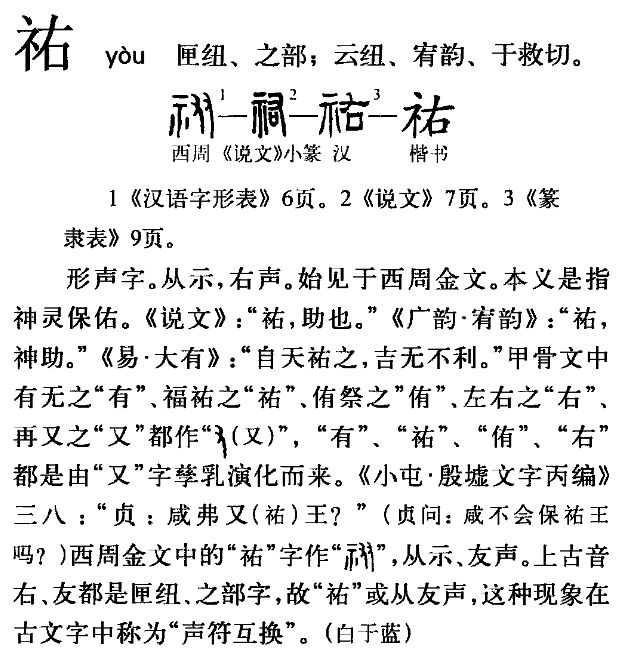 "祐"'s radical is “示”. The Chinese characters with “示” usually related to religion or God in Chinese culture.

Given the present President, I would say, 美国 could use all the help it can get!

Have a look here.

Not the answer you're looking for? Browse other questions tagged word-choice usage traditional-chinese phrase or ask your own question.

6
What's the most accurate translation for "copping a feel"?
1
Comparing "as A" and "as B"
4
What is the difference between 好多 vs. 很多?
4
"She" (她) for inanimate objects in Chinese(?)
3
Usage and Grammar of 看我这脑子
1
Why can't we use 什么的 ("and so on") with lists of people, and what can we use instead?
1
Could a translation error lead to squares to not be considered as rectangles? (Mandarin)
3
Why are the two 才s used in 很多小朋友以为长大了以后才能自由自在。他们不知道，他们才是最自由自在的?
2
Usage of 能骗就骗 (if you can cheat, then cheat)