What does 泉 mean in 道具泉, in the context of a handbill?

At 33:41, the Chinese Univ. HK Philosophy student below asks Dr Samson Kwok Pak-nin (in Cantonese) to hand him Dr Kwok's placard. He calls it 道具泉. 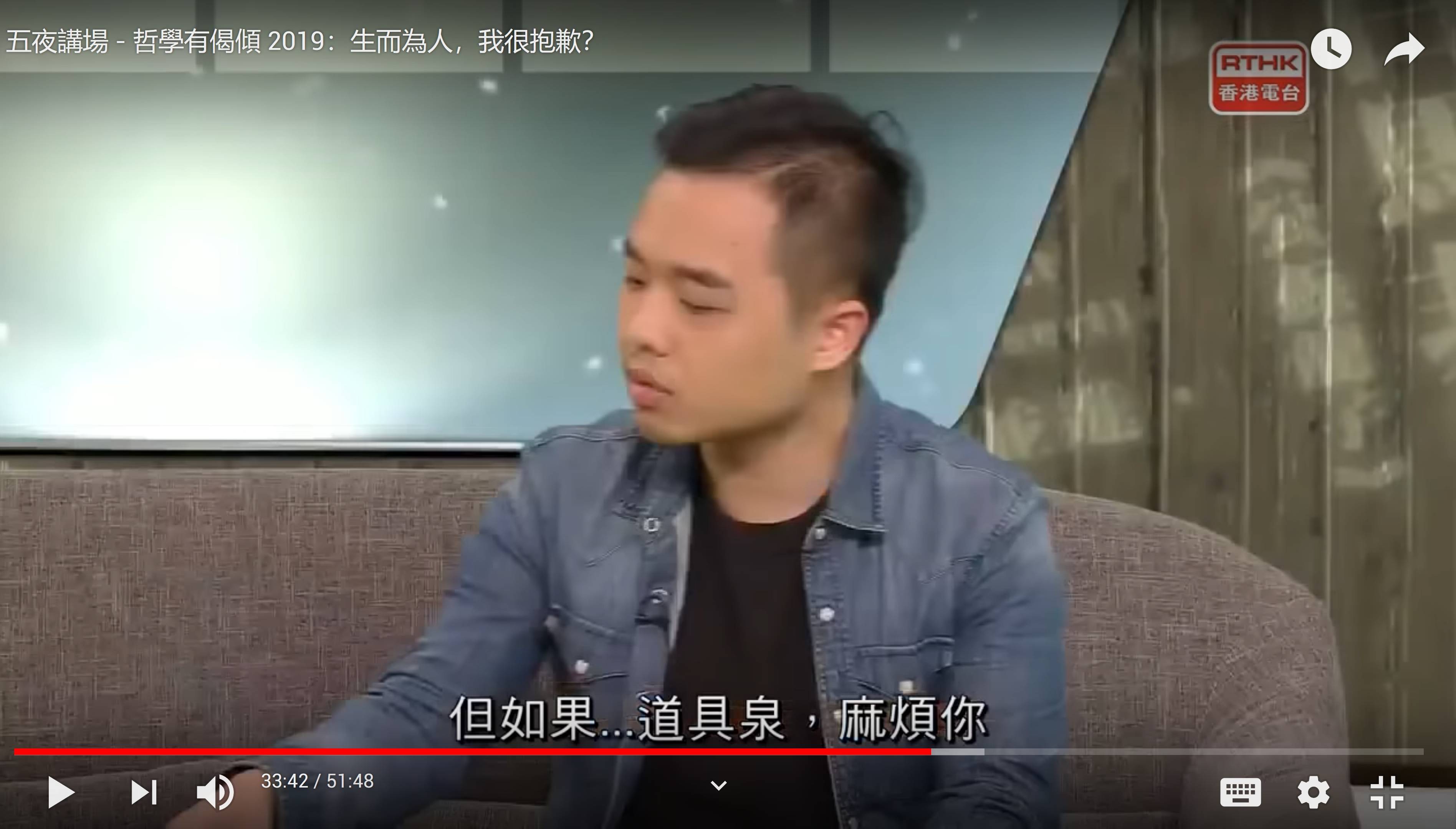 In Hong Kong, people often nickname someone by his job. For example. 李先生 is a 經紀, people who mainly know him as a 經紀 might nickname him 經紀李

In the video the guy asked 關灝泉 to hand him the placard, jokingly called him 道具泉 because he was responsible for the prop (jokingly referred him as 名字中有個泉字的道具部員工- An employee of the props department with a word 泉 in his name)

It is a casual way to nickname people. For someone with high status, it is considered disrespectful to nickname him this way. You should never call 黃律師 as 律師黃 in his present.

Not the answer you're looking for? Browse other questions tagged word-choice cantonese hong-kong or ask your own question.