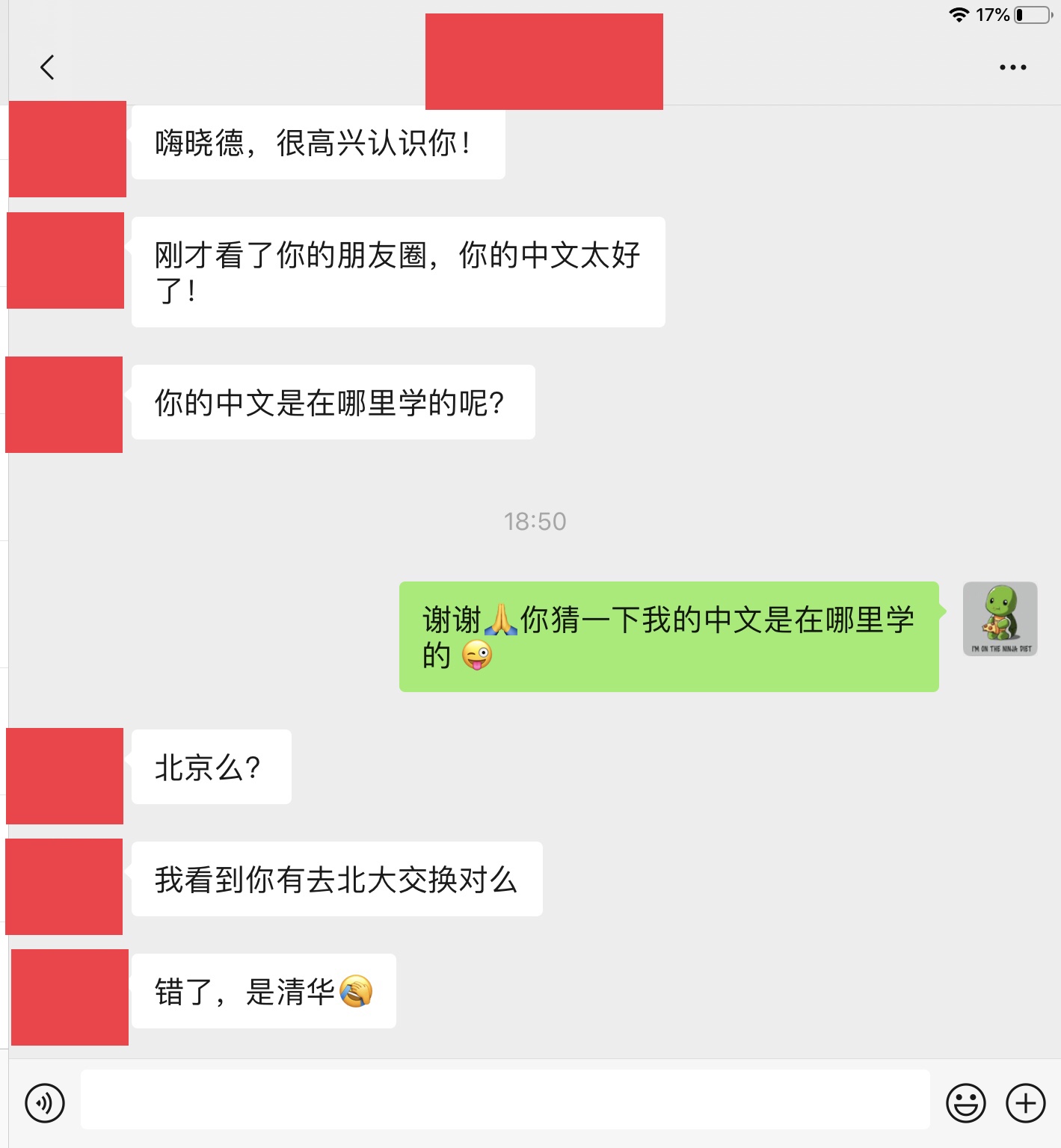 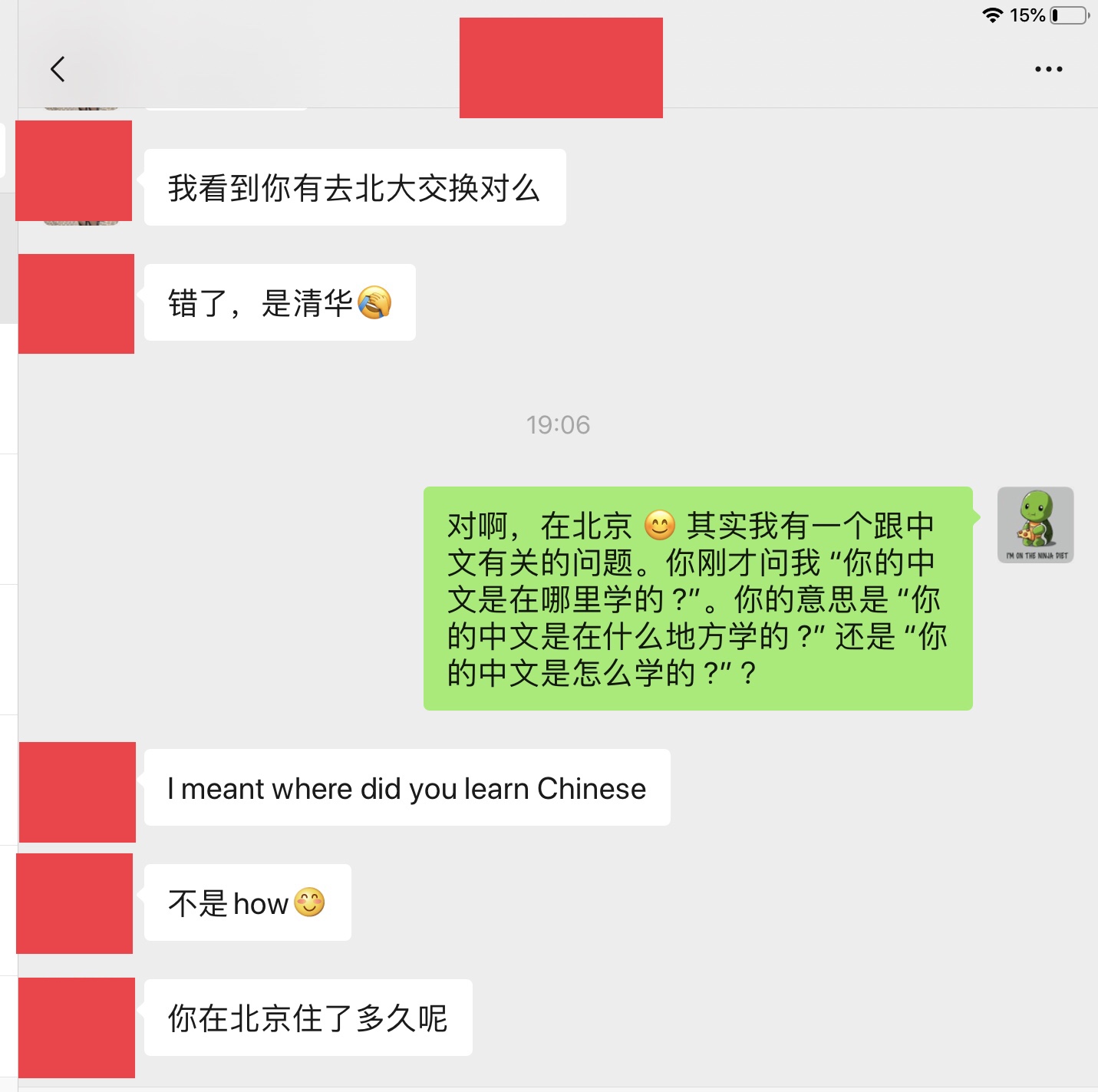 I would say that in general conversation, the question "你的中文是在哪里学的?" usually refers to how you picked up the language. But given some more context, perhaps a southerner is wondering which region of China you learned your 儿化音, this could literally be asking where.

To avoid confusion, I usually default to some general answer:

If you simply answer with a location, the next question is almost guaranteed to be how.

7
How did 东西 come to mean "something" in the expression "吃东西"?
7
Meaning of 一不小心
2
What does "须发皆张" mean?
7
"是你太能說了"這句話什麼意思？
3
What does 就那样吧 mean?
2
How should I use 哟?
2
How does word order affect the meaning of a sentence
0
Why does 兴奋 (excitement) not mean what I think it means?
6
Why did my Chinese teacher describe Donald Trump as 口吐莲花?
3
When does 两 mean a number other than 2?