What's the meaning of Haiya in Chinese?

My Chinese friends often say, Haiya followed by something. It's usually done in correcting a person.

It's like, Haiya, don't do this lah, you should do that instead. What does Haiya mean?

Your interpretation of “Haiya” can also be attributed to the fact that the expression is merely a verbal exclamation which allows the speaker to convey some degree of negativity before starting on his main message. Hence, there isn’t a big difference when someone says “ai ya” and “hai ya”.

The term 哎呀 was probably invented to show that this expression existed throughout society, not the other way round. 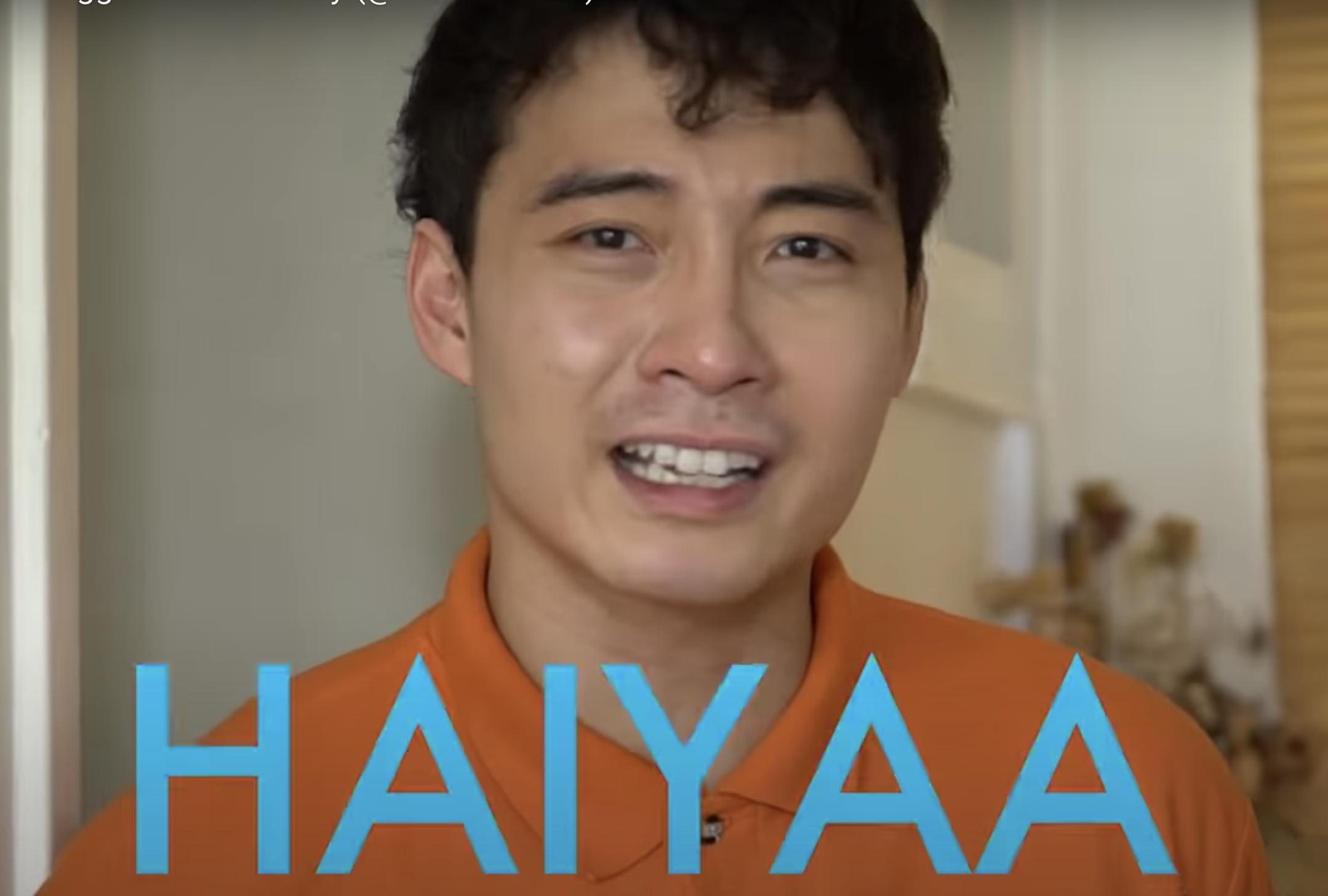 If you watch the video Uncle Roger Work at Restaurant for a Day, at 2:27 he says "haiya" as well. If you have closed captions turned on they have the Chinese written as:

He actually says it many more times in that video afterwards.

Someone asked a, almost, similar question on HiNative before. There are comments that say:

The word 嗨呀 is a very native interjection( i.e. ahhh)

Pleco C-E also has an entry:

In the video Uncle Roger Review GORDON RAMSAY Fried Rice, Nigel goes in to further detail of what haiya means at ~8:10:

you use haiya when you're disappointed

when you're sad, angry or disappointed - all emotions are inside the word haiya

haiya is the MSG of words, all of the flavor is inside

you run out of milk - haiya

your baby is born with three arms - haiya

Due to the reason that Nigel Ng is a Malaysian Chinese of Hokkien ancestry. It is probably from Southern Min 害矣Hāi--ah /hai.aʔ/ Literally means broken or suffered. Which can also be interprete as: done with it, screwed up, damned, messed up, smell a rat, feel wrong, have a bad vibe, writing is on the wall, or have a bad feeling about it.

If you learn it literally, 害(hai) means something is really worse, you're in a big trouble, or whatever may cause you to be punished or do something you're unwilling to do. 矣(ah) means an action is done, something is finished or a sentence is ended.

In lots of situations, people may write 矣 as 啊 or 阿 because the way to pronounce 啊 and 阿 in Mandarin is "ah".

The reason I consider it a word from Hokkien is that Minnan, a region in Chinese Mainland, used to be very crowded. Half of it is hills or mountains, which is not good for planting rice. Thus, in the Ming and Qing dynasty, a bunch of people decided to leave there for Southeast Asia or Taiwan. They also spread this language to these places.

It's more like Cantonese actually. Its a slam word "閪呀". Hai means pussy.

In my opinion, the word comes from Southern Min, which is a branch of Chinese and is wide spread in southeast Asia. (Uncle Roger is Malaysian.) The word “Hai” （害）means something goes wrong or is broken. So haiya can be simply translated into phrases like "oh shit" or "what the fuck".

When an Asian says "Haiyaa," it usually means they are disappointed in an informal way. Such as: "Haiyaa, you fucked up again" or "Haiyaa, don't waste so much time on this." That's basically what it is. Not to be mistaken for "hi ah," which means "yes" in Cantonese. Haiyaa can also mean "never mind" in some cases.

Are you sure your Chinese friend is not Singaporean? Lah is super common in singapore

"Haiya" is only used to express sigh of disappointment, probably derived from the more common "Aiya" expression. However Aiya can be used for more different situations other than just to express sigh, but "Haiya" is more specific.

Actually, HaiYa (閪呀) is a Cantonese swear word. It is used to express frustration, and the meaning of "Hai" is a woman's pussy. However, in this case, it lost its original meaning.

噯 ǎi, is listed as an expression of disapproval or regret in MDBG.

There is also a character (#2025) in {An analytical Chinese-English Dictionary} by Baller and presumably Mathews as well, pronounced Hsieh4, also read-Hai2, 嗐 followed by the particle ya 呀. It's meaning is given as an expression of regret or surprise and equivalent to the English word "alack" as used in 1900 or so.

To be fair, "Haiya"by Uncle Roger should be explain in the Malaysian context.

Side note: Uncle Roger is my senior in Chinese High School.

First of all, it is not Aiya 哎呀 in any way. The only similarity is the 呀, a sound.

Hai-Ya, the main word is the word Hai 嗨, we Malaysian Chinese especially in that "Era” uncle roger high school era. Uses "Haih, haiz, haiyo, haiya, ect" a lot, the sound "Hai" is meant to bring out the feeling of disappointment, and whatever sound that came afterwards, its just personal preference.

Well, you can try to comment "Hai-yo-yo" at Uncle Roger's video to see if that grabs his attention, or somewhat, it is the same feeling.