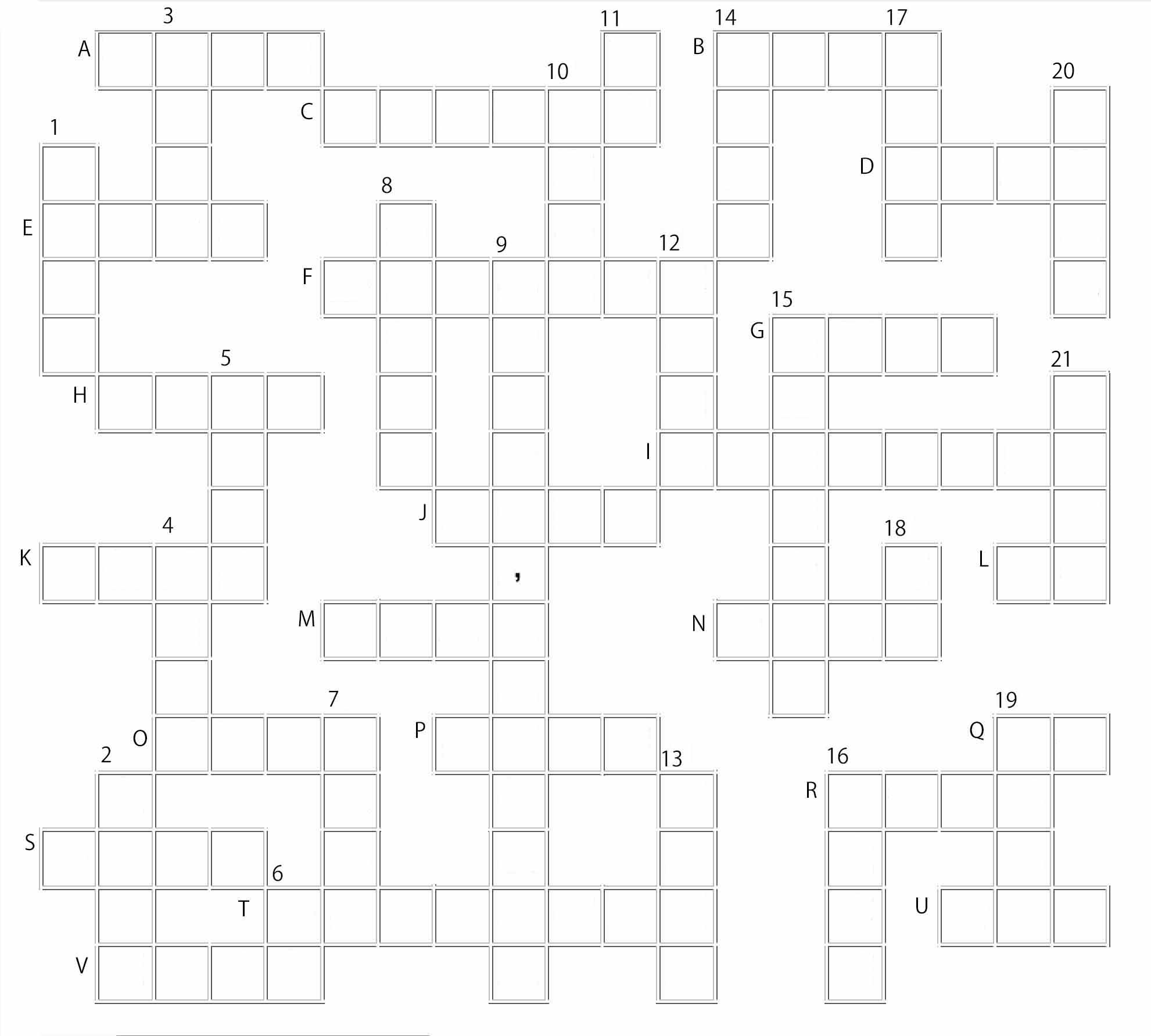 A. Be attacked from two sides

C. A man's ambition is the whole world (Describe lofty ambitions and ideals)

D. The general who lost a battle

F. Victory and defeat are something that the Military men often encounter. ( Metaphor things can't always be successful)

I. Before the army can move, the supply has to be sent first

J. Still a hero even in defeat

K. Allergic words, the next part is 多多益善

M. Beyond the world, becoming a god (describe a god-like level of skill)

N. A commander personally leads his soldiers into battle

O. The soldiers are the bandits

P. Deception is a norm in military strategy 語本《韓非子．難一》

Q. Another word for 自殺

S. Time does not wait for us. Metaphor missed the opportunity and regrets it.《文選．嵇康．幽憤詩》

T. Maintain an army for the day when war comes 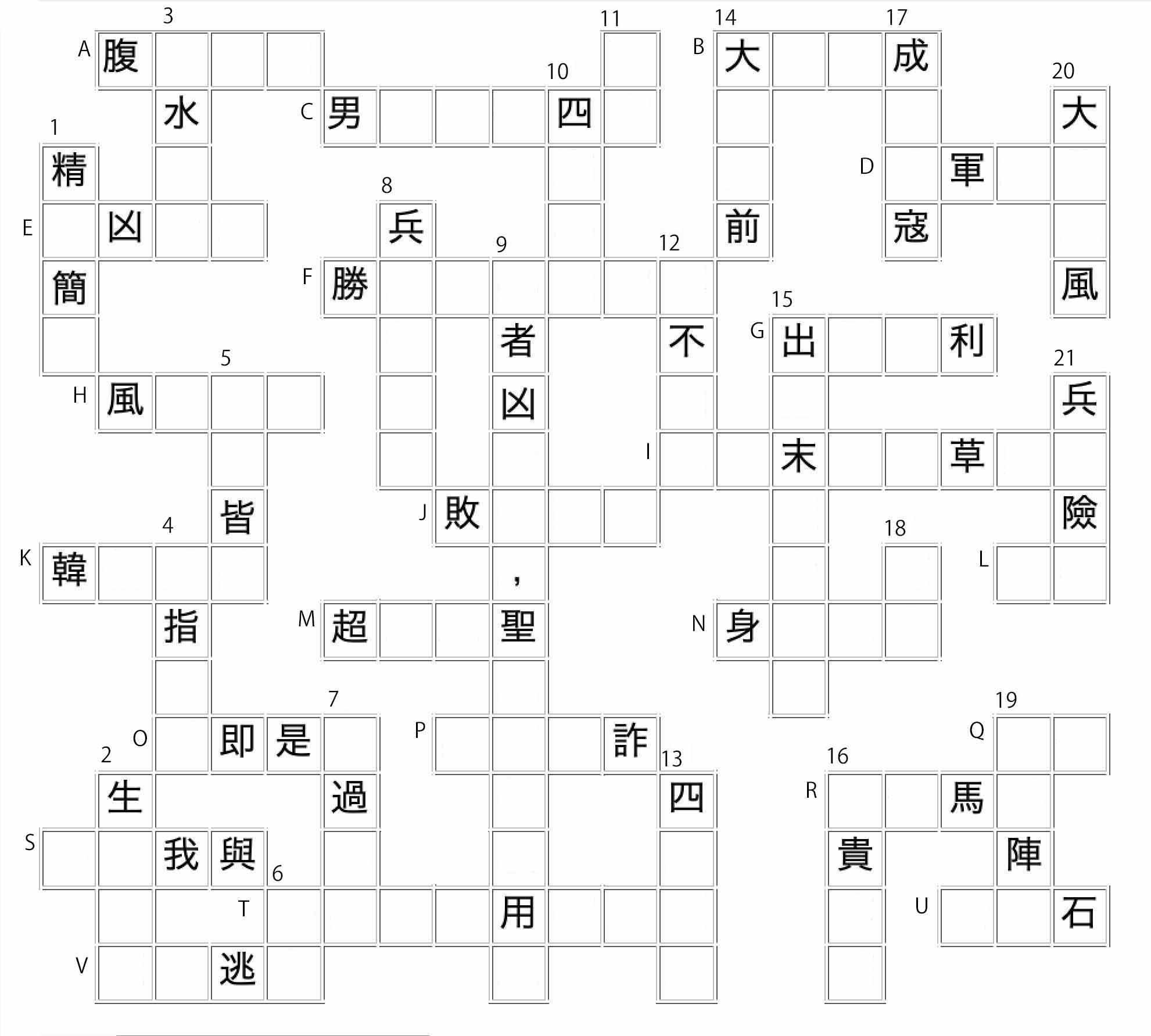 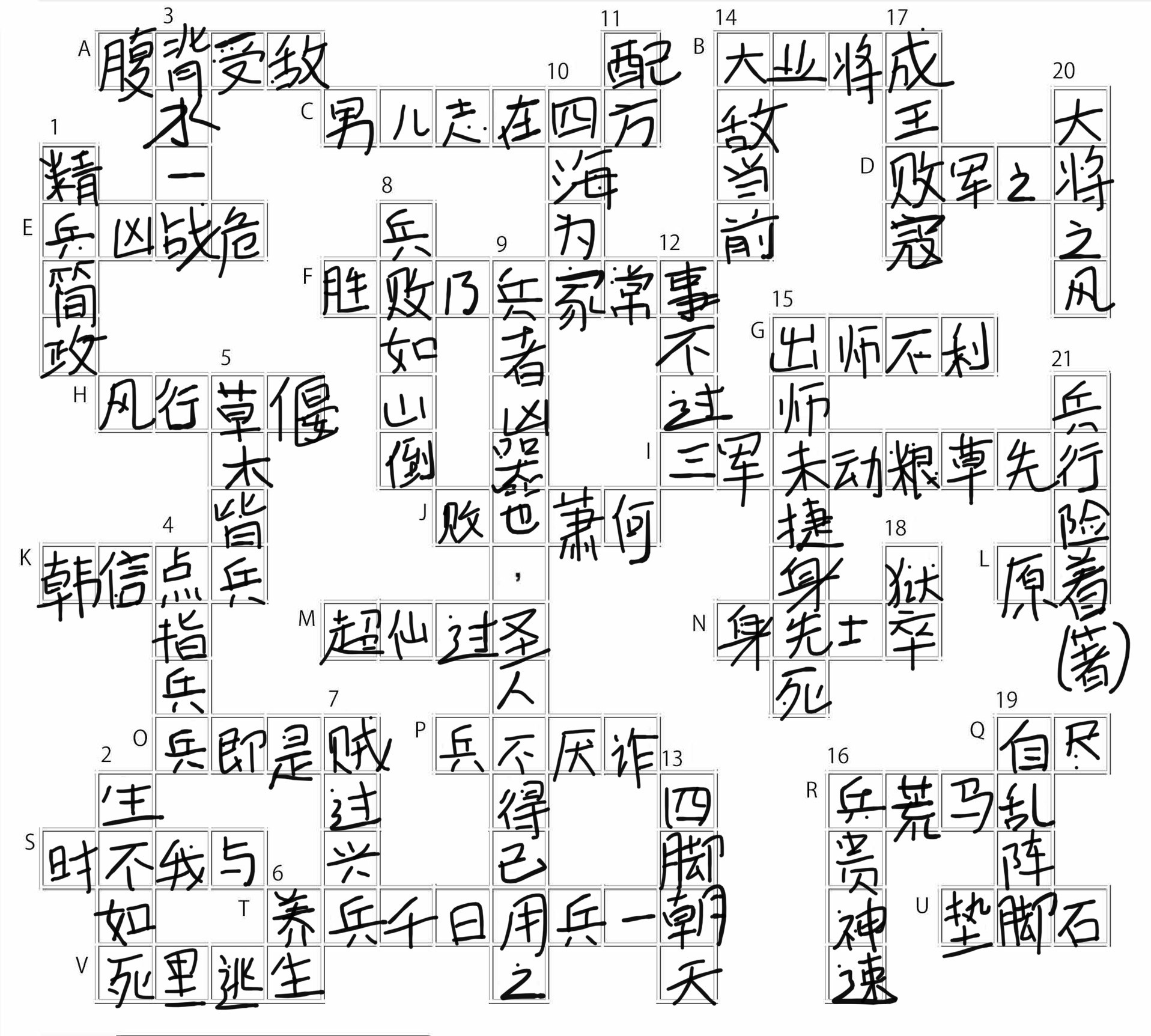 Kinda hard to be honest. I had to use the internet for some of them. Note that for L, 著 and 着 are separate in simplified Chinese and are combined into 著 in traditional （着 is considered a variant of 著）. In L, it’s pronounced yuán zhù 原著, but in 21, it’s pronounced bīng xíng xiǎn zhāo 兵行险着

Pardon my handwriting. I did this on my phone.

Here is the answer: 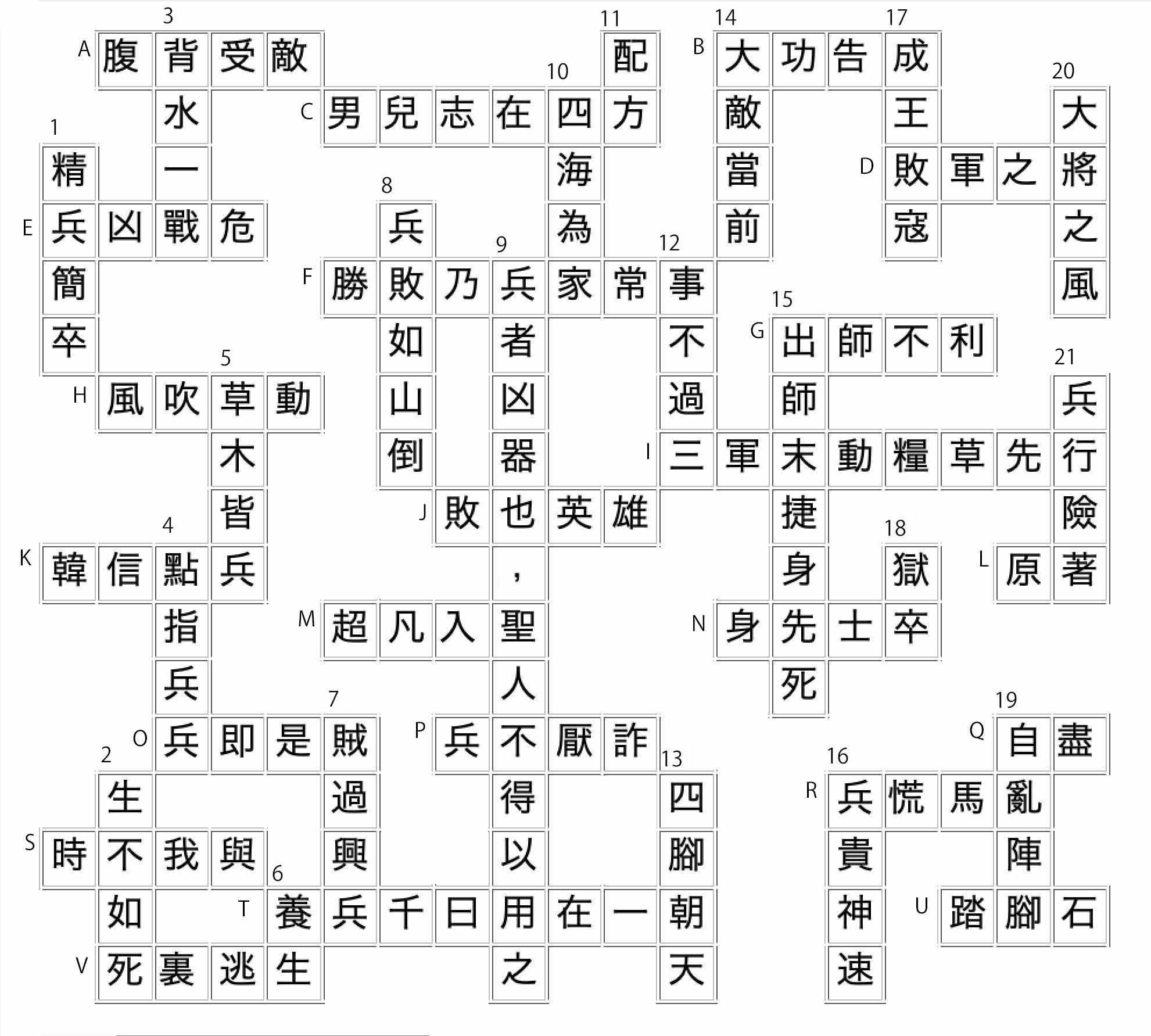 Not the answer you're looking for? Browse other questions tagged idioms games or ask your own question.