can anyone help identify the chop mark please and translate (Characters identified: 一切惟心艁) 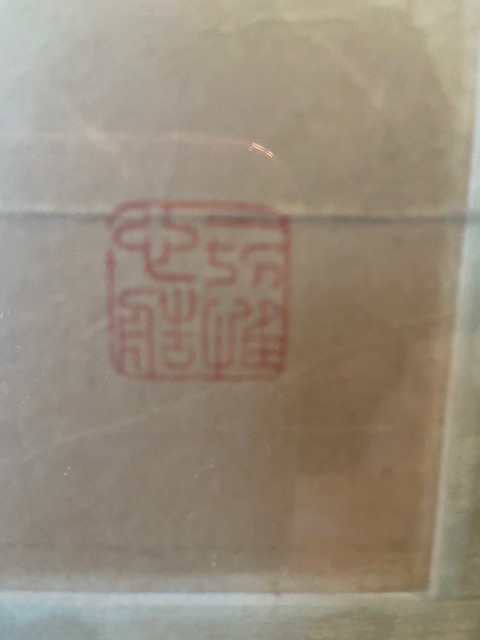 the top right character “一”, and the top left character “心” (in small seal script) are easy to recognise.

Next, the bottom right character, the left component is also a “心”, and I recognised the right component is “隹” (a bird); which made it “惟”.

I known the verse “一切惟心”, a buddhism notion, I would guess the middle right character is “切”. See the link as proof.

The last one, the bottom left character, again, I recognised the right component “告”.

The next inference is: it might be a variant (異體字). So, I would try these two sites, search for variants of “造”:

Last, when the text is found to be “一切惟心艁”, I just google it as “一切惟心造”, and pick a simple, acceptable result, and interpret it in English.

“一切惟心艁” might be interpreted differently, according to the sect. Any further elaboration would be better asked in buddhism forum, imo.

I think it meant to say "一切唯心造" - "Everything is created by your mind".