Wiktionary has the same etymology, but I quote Yellowbridge for it's trustworthier. 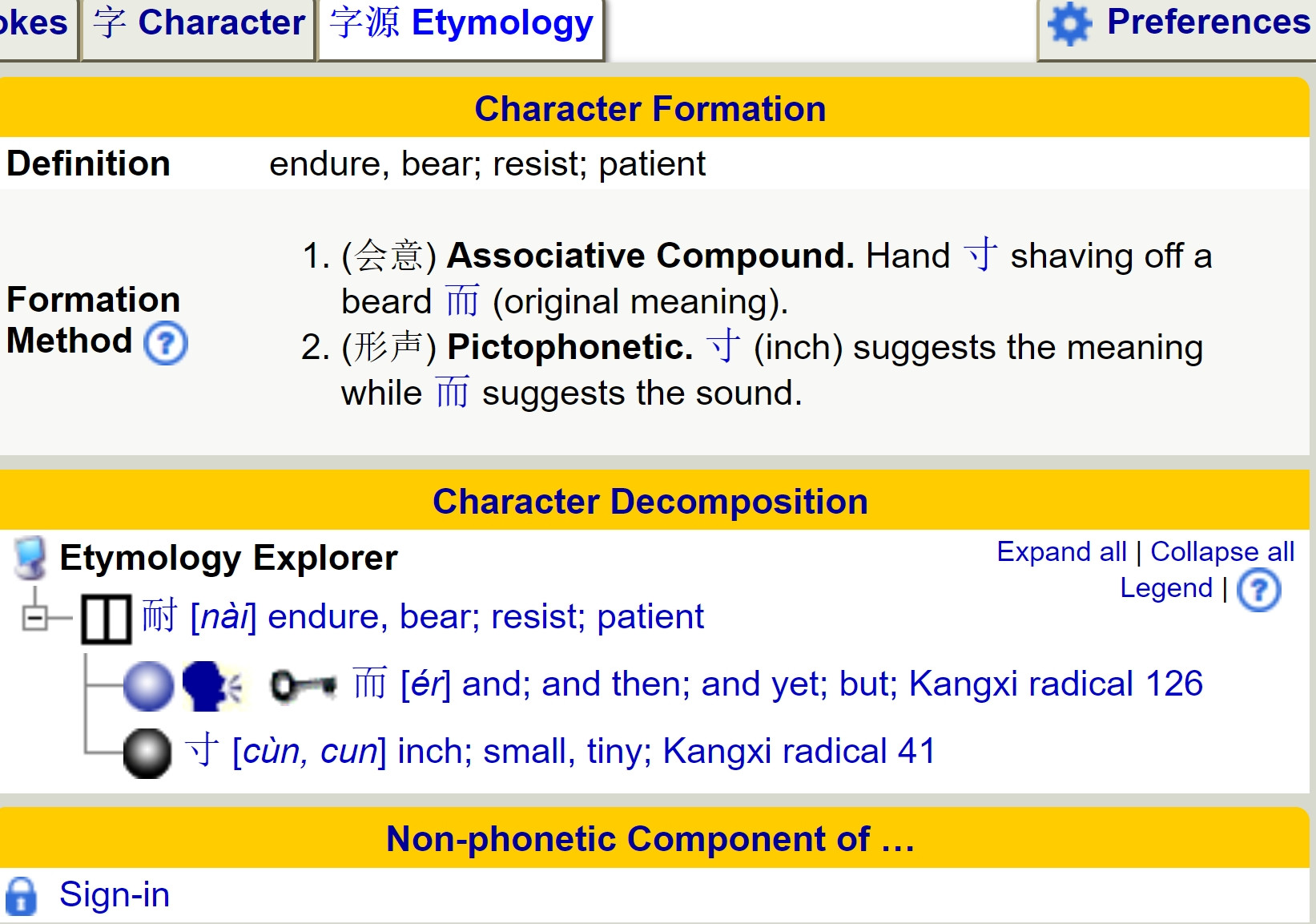 「耐」 (Baxter-Sagart OC: /*nˤə-s/, minor punishment involving the shaving of a beard > to endure) is comprised from doubly semantic and phonetic 「而」 (/*nə/, picture of a beard, now written 「髵」) and semantic 「寸」 (picture of a hand > actions of the hand).

「寸」 rarely or never means inch as part of other characters - it is derived from 「又」 (picture of a hand) with an additional mark pointing to this wrist area. As a stand-alone character, this meaning originally referred to the area where the pulse is taken (Chinese medicine: 寸口). As part of other characters, it plays the same meaning role as 「又」 (if it is used for meaning, not sound). Observe, for example,

There is no complete explanation on this question. But we could follow some explanations in history and fill the missing links ourselves.

耏 is a penalty of removing one's hairs beside ears. It is lighter penalty than 髡, i.e. removing all hairs. The sentence "諸法度字从寸" indicates that later 耐 replaced 耏 for the meaning in laws. We might speculate that 寸 is a kind of measurement and further relates it to laws. 耐 finally wins the favourite form in the long history.

The meaning of "endure" is derivative. We could make a guess that one bearing this penalty must bear some kinds of humiliation. This might be the reason it derives the meanings of "bear, endure, resist and patient".

5
What is the origin of the character 对/對?
3
Could someone help me to identify these characters on the screen walls