What semantic notions underlie “mouth” and “so, to such an extent”, for 咁?

This is a common word, so I don't know why Taiwan's Ministry of Education omits this character,

and why CUHK doesn't exhibit any etymology. Wiktionary has the same Glyph Origin, but I quote Yellowbridge for it's trustworthier? 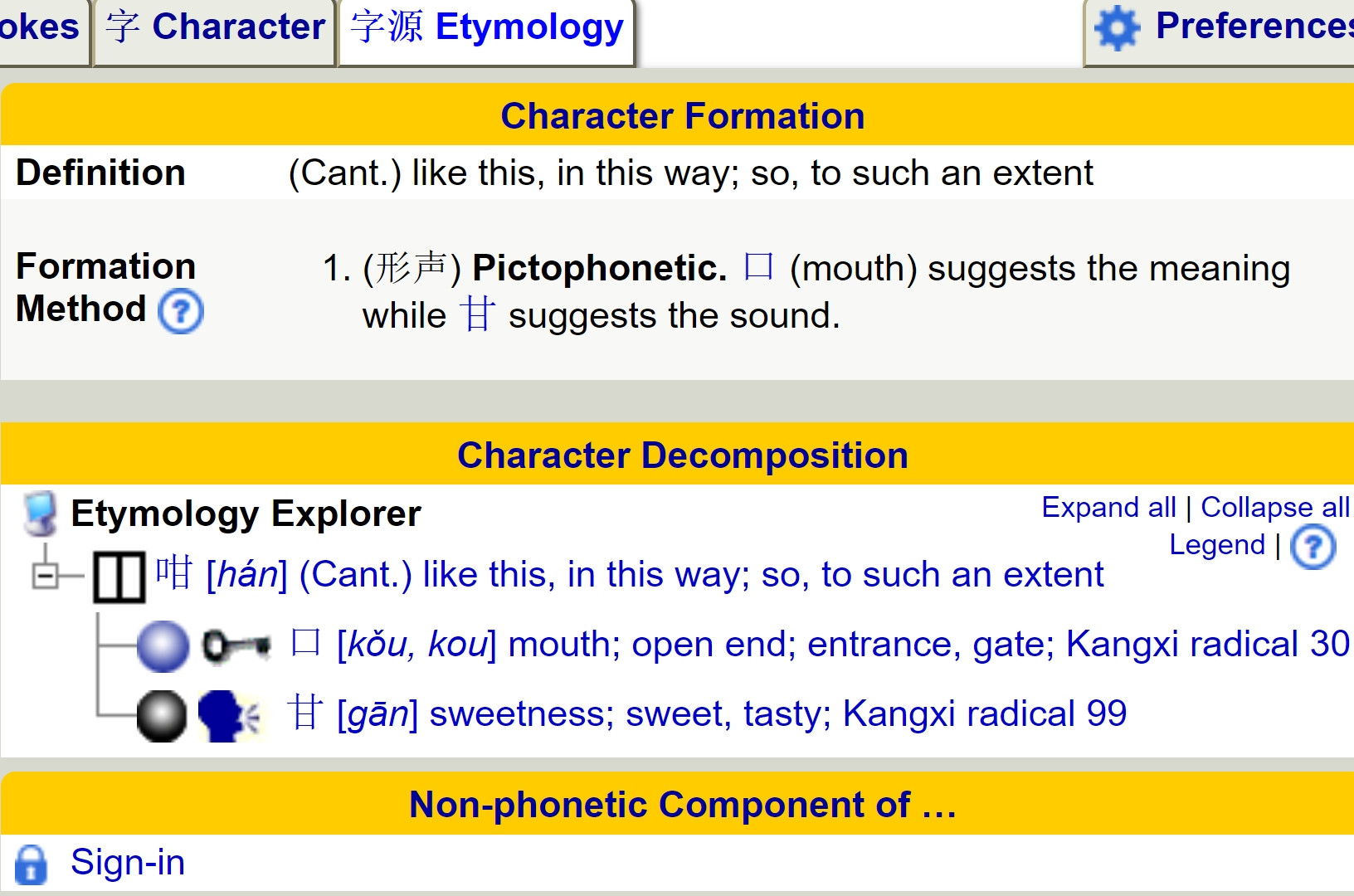 In Cantonese, it is very common to borrow homophonous characters to represent another meaning, especially spoken words with forgotten source or words come from foreign. To prevent confusion, mark them with semantic component 口 to indicate them as spoken form.