Please answer separately for each of the 3 meanings. CUHK doesn't expound. I quote Yellowbridge for completeness. 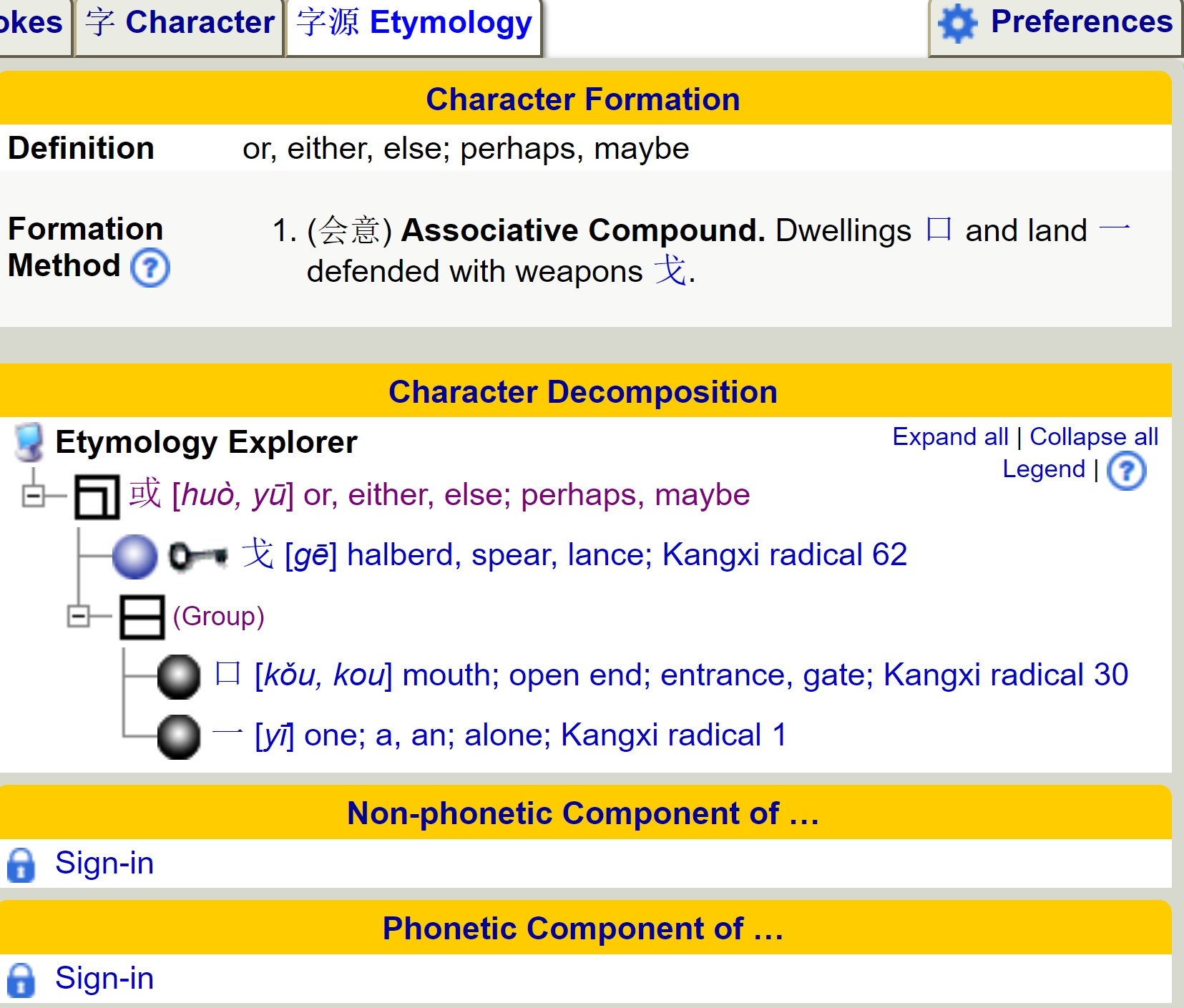 There is a misunderstanding on the Wiktionary description, which shouldn't have inappropriately linked 口 and 一; these are listed for their shapes rather than their functions. The description

means the separate parts which look like 戈 + 口 + 一 are combined together into one glyph to mean territory. The two meaningful components to take note of are 「戈」 (picture of a dagger-axe) and 「囗」 or 「丁」 (picture of fortifications surrounding a settlement).

Territory is now written with the derivatives

「或」 was originally a compound of 「戈」 (dagger-axe, representing military power) guarding 「囗」 or 「丁」 (picture of fortifications surrounding a settlement; see Characters' original forms that have no independent usage for further discussion). The original idea was basically that of a defended settlement.

Early on, 「或」 became used for a phonetic loan meaning someone, something. The meaning either, or is a semantic extension of this phonetic loan meaning. Schuessler suggests that this meaning of 「或」 (Baxter-Sagart OC: /*[ɢ]ʷˤək/) is etymologically related to 「有」 (/*[ɢ]ʷəʔ/, there is, exists). The other senses are either further semantic extensions or from compound words like

1
Characters' original forms that have no independent usage