静 is another character that has confused me. 青 (green/blue) doesn't seem to be related to quietness or stillness, unless the colors are supposed to represent quietness? 争 (fight) certainly is not quiet at all! However both 青 and 争 seem to fit as a phonetic component. Wondering how did this character come about? Is this another phonetic loan character?

Unfortunately, the inscription record is rather scarce and by itself may not actually represent the language that well. Based on the usage of 「靜」, the meaning calm/quiet may have been a semantic extension from the meaning pacify (/*zleŋʔ/, now written 「靖」)*. From Guǐ vessel of Máo Bān [毛班] (班簋,《殷周金文集成》4341):
*Note how 「靖」 actually has the same reconstructed sound as 「靜」, indicating that there is a strong possibility that they're the same word. 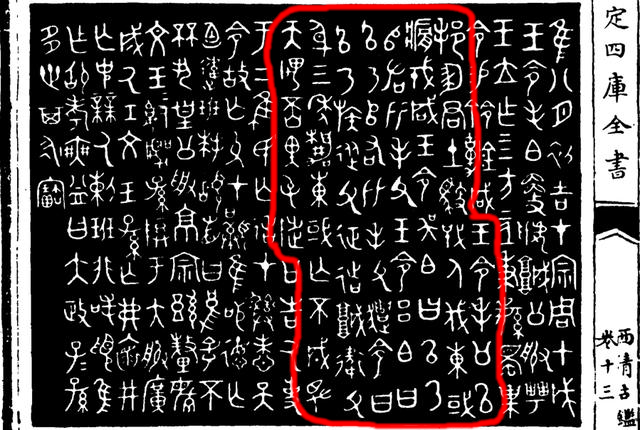 ...The King (King Mù of Zhōu) ordered Máo Bān to command the vassals and their infantry, chariots, and auxiliaries to attack the tribes of the eastern regions in armed rebellion. Thus it is so. The King ordered the Vassal of Wú: "Lead your troops in assistance of Elder General Máo (Máo Bān's father) from the left side." The King ordered the Vassal of Lǚ: "Lead your troops in assistance of Elder General Máo from the right side." Duke Chéng (虢城公遣) ordered Máo Bān: "Lead your clansmen to closely follow the expedition of Elder General Máo." Thus, I (Máo Bān, caster of this vessel) firmly guarded my father in this expedition. In three years, the eastern regions were pacified, and not once have I committed a military blunder. By the might and grace of Heaven, who has bestowed me these rewards, I have risen to this great position...

Not the answer you're looking for? Browse other questions tagged etymology character-components or ask your own question.