Why is "tuberculosis" 结核病 in Chinese?

I don't understand why tuberculosis is called this in Chinese. Breaking this apart, we have:

So it's something like "knotty nucleus disease" in Chinese. But looking this disease up on Wikipedia, we find:

Tuberculosis (TB) is an infectious disease usually caused by Mycobacterium tuberculosis (MTB) bacteria. Tuberculosis generally affects the lungs, but can also affect other parts of the body. ... The classic symptoms of active TB are a chronic cough with blood-containing mucus, fever, night sweats, and weight loss.
Tuberculosis, Wikipedia

So I don't see a connection between the name 结核病 and the disease tuberculosis, despite there being a logical connection in other diseases, e.g. 狂犬病 = "mad dog disease" = "rabies".

Question: Why is "tuberculosis" 结核病 in Chinese?

For the same reason that it is called tuberculosis in English, from New Latin:

The term is a medical coinage of the 1830s (with the cognate first appearing in German medical publications). The English equivalent tubercle is a reference to the appearance of the lung tissue post mortem: white nodules, looking like tiny tubers, and with a pathological firmness.

This reference to nodules is the reason why 結核 was attached to this disease by the scientific community. The formation of such points in the lung tissue was adequately described by "the knotting of kernels". 結核 is also used in the field of geology for "nodule formation".

Of course, throughout Eurasia there have been many other names for the various manifestations of tubercle bacillus infection throughout history. In Chinese, apart from 瘰, there are:

There were other interpretations of the symptoms of tuberculosis from traditional Chinese medicine, such as 骨蒸. On the other hand, the 19th century British medical missionary Benjamin Hobson used 肺癆病 as a new coinage alongside the translation + transliteration 肺體都比迦力 in his 1858 Medical Vocabulary in English and Chinese.

The Berlin Doctor Koch has newly found a method of curing consumption using metallic residue to produce a drug that can kill "consumption worms" and is able to stop these worms from regenerating.

The history of the term 結核 actually goes back to Meiji-era Japan, where there was an appetite for Western germ theory expressed through kanji-based neologisms, and importantly an association of "consumption" with Western literary romanticism. From there the modern terminology came to be imported to China in the 1890s, with the increased opportunities for Chinese students to study medicine in Japan. There is an article from the 《亞東時報》 Yadong Times, a joint Japanese-Chinese monthly journal, dated to 1899, where the Japanese medical scholar 岡本武次 Takeji Okamoto entitles an article:

With the increased awareness of tuberculosis epidemics in Japan and China, alongside a desire for social reform and the impact of the 新文化運動 New Culture Movement, the term 結核 embedded itself into the national consciousness. However, 癆病 is used in 魯迅 Lu Xun's 1919 short story 《藥》, and as late as 1935 there is an advertisement for a Western medical treatment, "Kiazin", using 肺癆.

肺 (lung) is the infected area 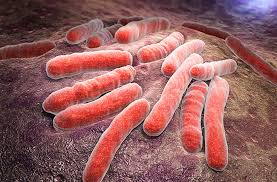 When people have tuberculosis, body will form some tissue to wrap the sickness part in lung similar to a clam secreting calcium to wrap sand to foam a pearl. This tissue can be found at X-ray or anatomy. 核 is core to describe the tissue. 结 is forming like 开花结果，结晶, 结疤. 结 in this case is not knot / sturdy / bond / to tie / to bind / to check out (of a hotel) at all. 肺结核，结核病 means a disease forming a core-like tissue in lung. 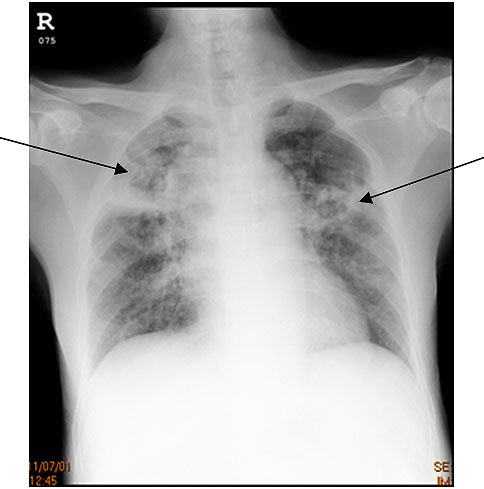 Not the answer you're looking for? Browse other questions tagged etymology terminology or ask your own question.

7
What does the term "Chinese" mean?
3
Differentiating Between Dove And Pigeon In Chinese
10
Why did China opt for 星期 over 曜日?
3
How to express words variants in Chinese?
0
Why 青椒牛 instead of 青椒牛肉 in this Chinese menu?
1
Why is 秘书 (lit. "secret book") the Chinese word for "secretary"?
2
What is the Chinese term for "architrave"?
0
What do you call grinds in Chinese?
1
Why don't Chinese people use 又紅又專 any more?