What's the story behind this character 邊? This seems to be another "phonetic-semantic" explanation on this character with 辵 as the semantic and 臱 as the phonetic. But what exactly is 臱? I have never seen this character in any other character besides 邊. Nose 自, hole 穴, and square 方 doesn't seem to make sense to me if I were to break the components.

「邊」 (Baxter-Sagart OC: /*pˤe[n]/, borders [e.g. of a political territory or geographical region]) was originally constructed from semantic 「自」 (from, beginning of [a location]) and phonetic 「丙」 (/*praŋʔ/). To clarify, 「自」 (from) is used to indicate that A political territory starts from its borders. 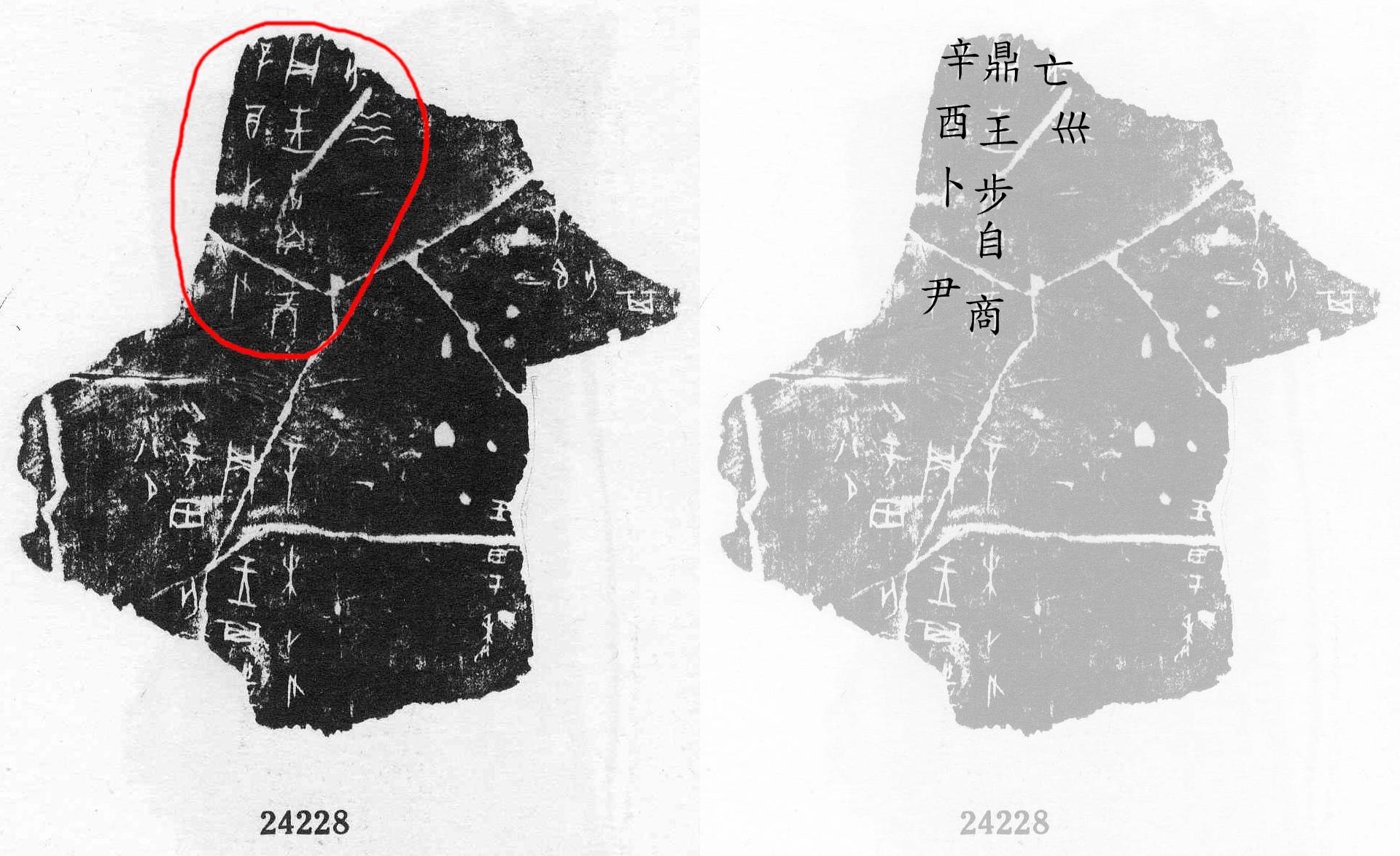 Divination on the day of xīnyǒu, Oracle Yǐn asked: "The King is to set off from Shāng territory. This won't be disastrous, right?"

「方」 (/*paŋ/, direction, side > neighbouring state 方國) was also either added to the character or replaces 「丙」 as another phonetic component, and perhaps also acts as a semantic component.

「方」 was very early on used to denote neighbouring states to Shāng, e.g. from 《甲骨文合集》6409:

Divination on the day of dīngyǒu, Oracle Què asked: “This morning, the King gathered five thousand people to go on a military expedition towards the State of Tǔ; will they receive Divine Protection?”

Note that 「穴」 is an attempt to capture the shape of 「丙」; there is no functional 「穴」 in the character.