Did 录 or 彔 look like some wooden object being carved? Was it originally a knife chipping something which became 録 as in recording events on a wooden object? It also seems to resemble a knife stripping and peeling away outer wooden layers like in 剥 (which btw does not sound anything like 录!).

However, I've seen sources like in http://qiyuan.chaziwang.com/etymology-3605.html say that it's a bag with water dripping below and ultimately became 禄, though I'm not even sure how does a dripping bag end up meaning as blessing. What is the story behind this character?

None of these - and I'm afraid that the chaziwang's description of glyph origins also doesn't look correct.

You have a minor interpretation issue in the question. The link actually says that 「彔」 is the original form of 「淥」 (to strain liquids), while it uses the character 「彔」 as a phonetic loan for 「祿」, not that 「彔」 becomes 「祿」.

The phonetic loan for 「祿」 explanation is plausible, while 「彔」 being the original form of 「淥」 is not supported in a graphical sense; oracle bones or Shāng bronzes did not have a component which is described as a bag that looked like the top of 「彔」. 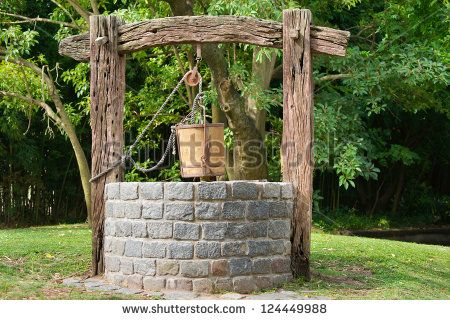 「彔」 originally depicted a well-pulley with a container used for drawing water. The small dots around the bottom of the character represent drops of water, equivalent to 「氵」. The word that 「彔」 originally represented is now written as 「轆轤」 (Zhengzhang OC: /*roːɡ raː/). The meaning to carve wood for 「彔」 (/*b·roːɡ/) is a phonetic loan.

Later on, the well-pulley shape suffered egregious graphical corruption, eventually becoming the shape of 「彑」, while the drops of water turned into 「水・氺」.