Please, help translate the text and stamps on this painted silk screen to identify the artist and date?

This is a painted silk screen showing a mongolian mounted archer. I think that the original motif was shown on a 1280 painting, but this is, of course, much later (1900?). 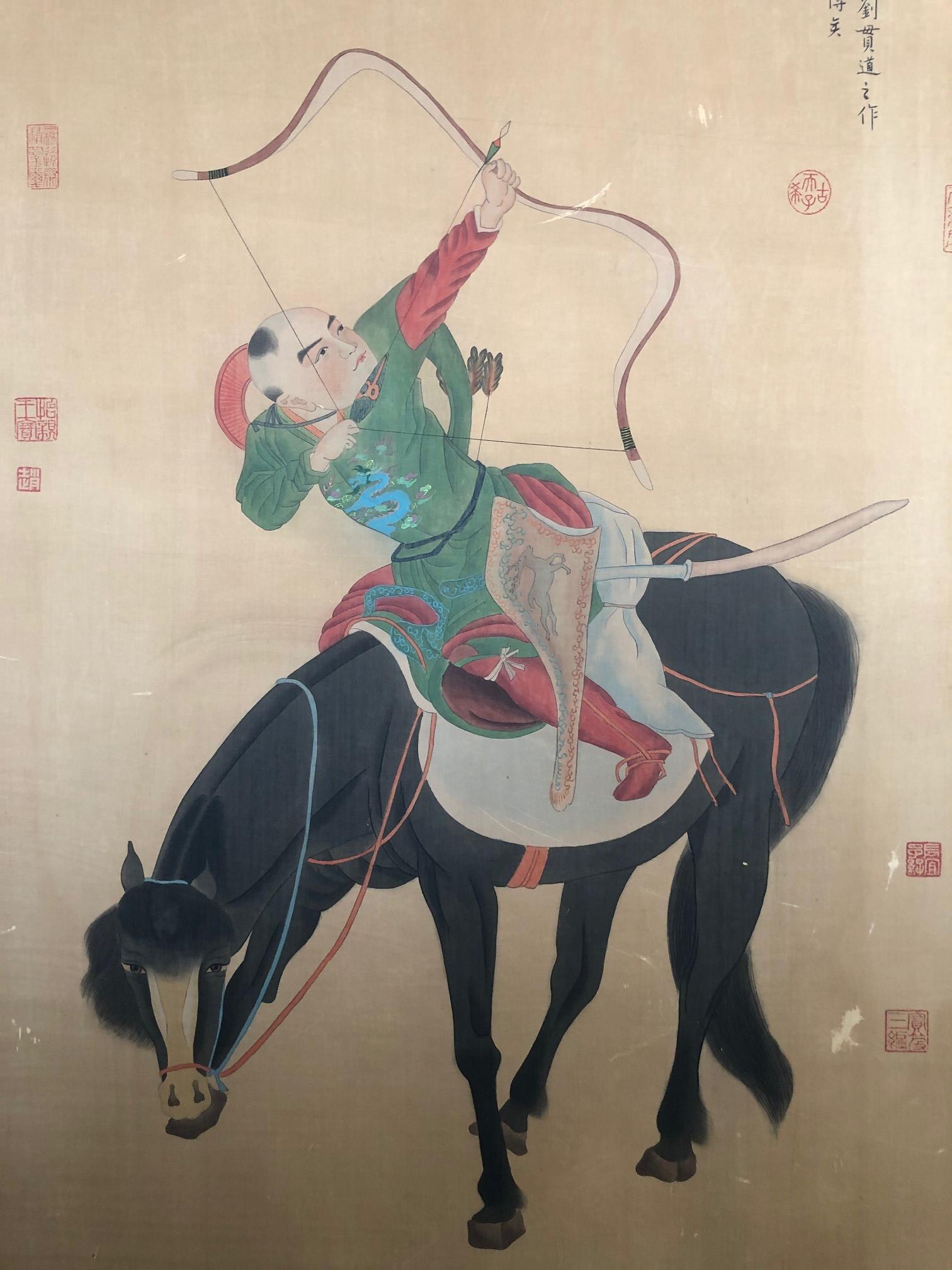 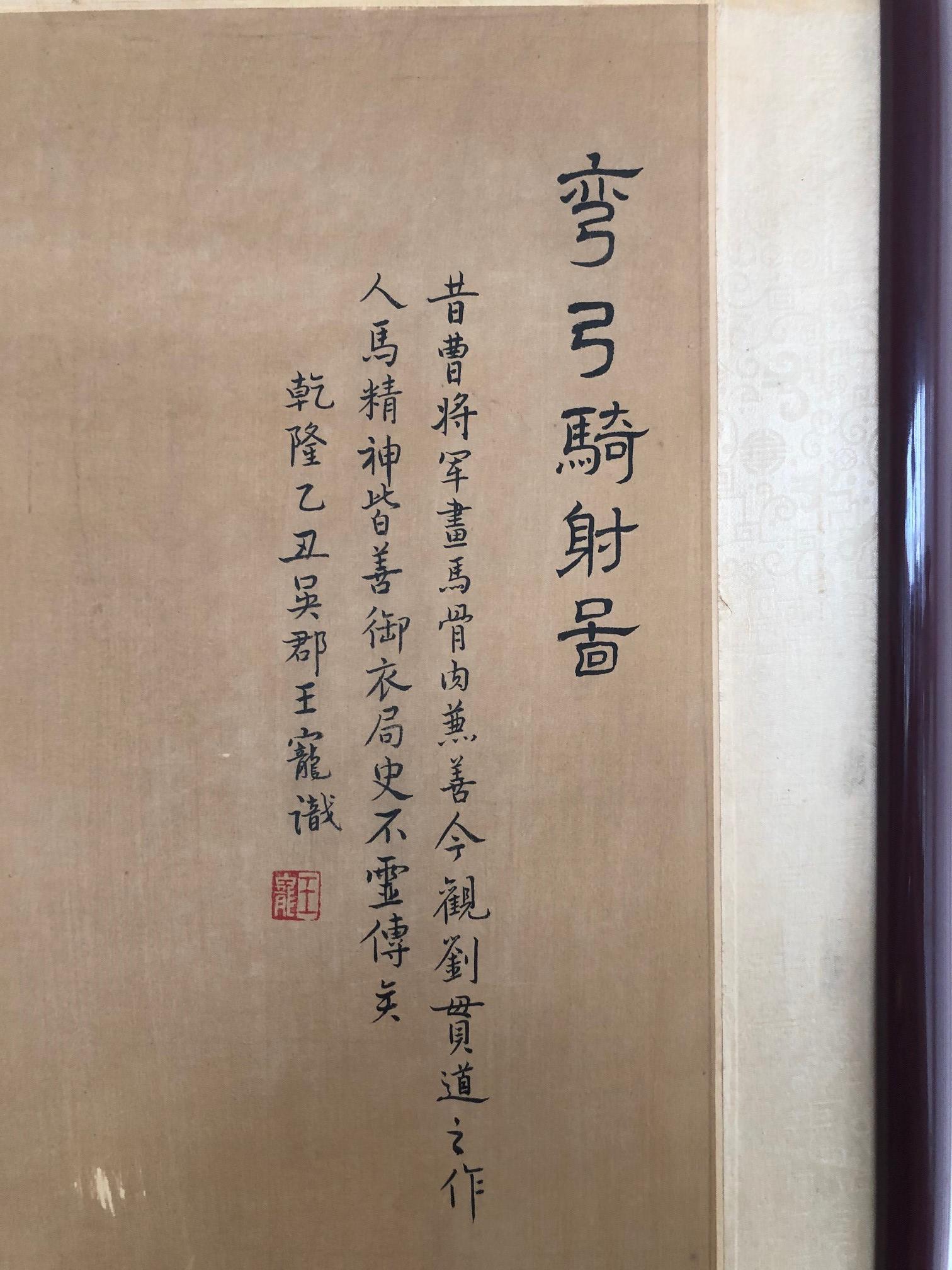 Outstretched Bow of a Horseriding Marksman

In the past, General Ts'ao was skilled in painting both the bone and flesh of a horse. Now as I peruse the work of Liu Kuan-tao, seeing the spirit of both the man and horse are equally fine makes me lament his skill as a lost art.8

Wu Chong of the Wu Commandery, the year Yichou of Qianlong