What is the evidence that "Ospreys" are the birds in the first poem in the Shijing?

Legge used "Ospreys" to name the first poem in the Shijing. Karlgren often cites it that way, but his own translation leaves it as "ts'u - kiu  bird." (Book of Odes, Museum of Far Eastern Antiquities, 1950).

Apparently  Zheng Qiao (1104--1162) said the birds were Mallard Ducks, which makes sense though I have not seen the source. Zhu Xi agreed with this, see his commentary on the Shijing, paragraph 2 of this.

According to this, a somewhat obscure line of the Mao commentary was taken to mean the birds are some kind of hawk (like Ospreys), while Lu Ji 陸機 (261–303) believed the birds were Cormorants, while Guo Pu (郭璞; AD 276–324) believed they were fish hawks (such as Ospreys).

Have a look here

I mean, we might treat it as a metaphor fuzzily, to save our life & time 😸

btw, there was a book named “毛詩品物圖攷”, written by a Japanese, in late 18 century; quite interesting: 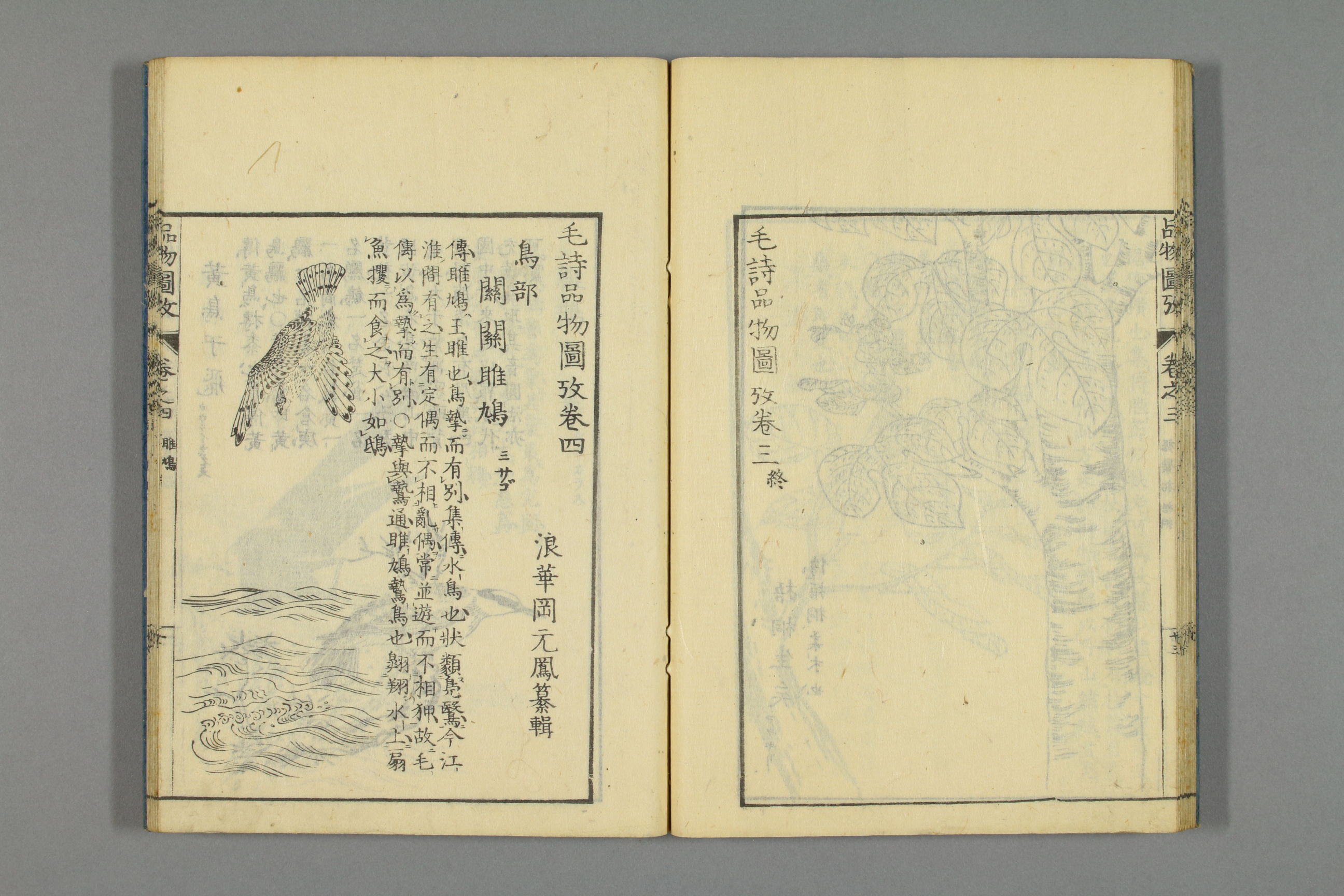 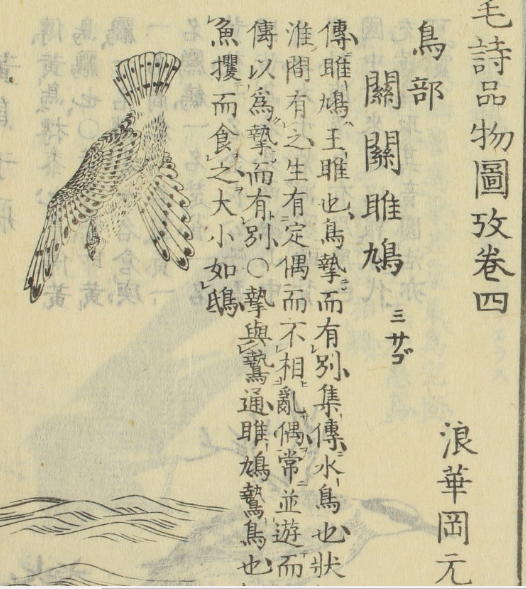 In short, the evidence is conjectural, all clear identifications of the birds are eastern Han or later, and all sources known to say anything specific about what 雎鳩 are, descend from the Shijing.

All the different interpretations cited in the question go back to the explanation of 雎鳩 in the Mao commentary Paragraph 4:

This just seems to say they are water birds monogamous for life. This could well be exactly correct to the original intent, but even this seems not based on other texts than the song itself. Rather it seems based the obvious river context of the song, plus the song using these birds as metaphor for a suitable match for a prince. Some people, not including Zhu Xi for example, think a 王雎 is an eagle.

The Chinese Text Project has a few Warring States and Western Han sources using 雎鳩 with no apparent connection to the Shijing or Analects, but none says anything identifying. I find no really comprehensible references to 雎鳩 from any date that do not derive from the Analects or directly from this first song in the Shijing.

3
What are the etymologies of 局 and 局面?
3
What were the tools that Chinese teachers could use in China before the introduction of Zhuyin and Pinyn