what exact image is the basis for the 圭?

I checked the images, not sure based on what jade tablet 圭 is drawn, can any one point to the correct image? Thanks

「圭」 does not come from a depiction of a tablet. That meaning of jade tablet is a semantic extension.

Series A) doesn't survive in the modern writing system; for Series B), later on, 「士」 was doubled, and 「戈」 was omitted. The 「士」-shapes were eventually corrupted into 「土」, forming 「圭」.

If you google for images of 圭 you may find the designs vary a bit. The following is the shape given by dictionaries: 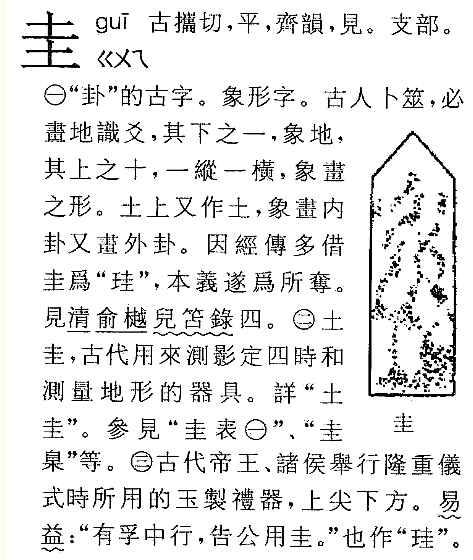 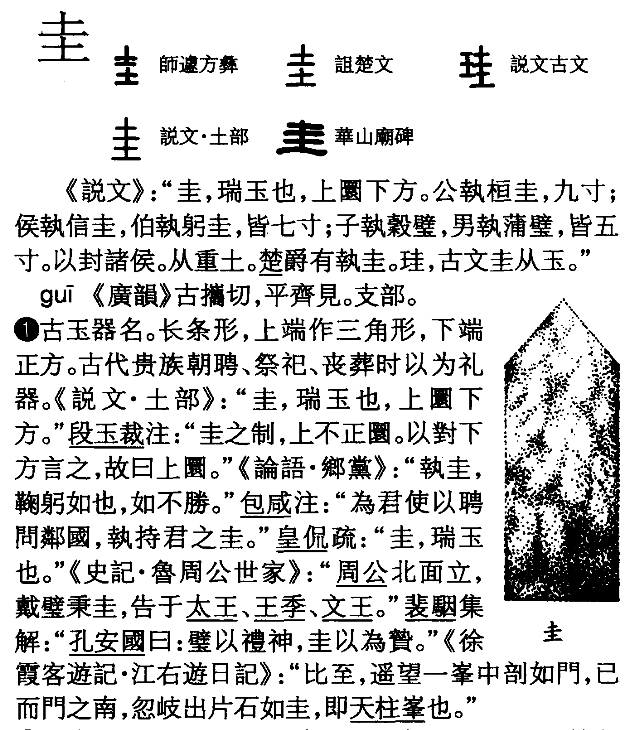 Not the answer you're looking for? Browse other questions tagged meaning etymology glyph-origin calligraphy or ask your own question.

28
Are there any online etymological dictionaries of Mandarin (not for characters but for spoken words)
3
Does anyone know what is the characters means (丁財貴寿)?
15
What is the glyph origin of '奇'?
3
Origin of the slang “機車”
0
Three words for “test”: differences?
4
What do the characters I've found on this old gun mean?
1
也许 vs 或许 vs 可能 usage
7
What 蛋 is referring to in “完蛋了”
2
先进个人奖, what is this?
5
Why is the traditional character for 你 also 你 and not 儞 when the traditional character for 尔 is 爾?