Why west and wine vessel/10 th terrestrial branch are similar?

Which word is first invented? Why these 2 are similar with a small line as an addition? Thanks

The first thing to point out is that both west for 「西」 and 10th terrestrial branch for 「酉」 are both rebuses or phonetic loans. This means that the shape of the character does not have anything to do with the meaning of the word that it represents.

The character 「西」 represented a word which sounded similar or sounded the same to an existing word meaning west, therefore it was also used for the word west, and the same idea goes for 「酉」.

The similarity in appearance between 「西」 and 「酉」 is nothing but a long history of shape stylisation.

「西」 originally depicted a bird's nest, and this word is now written as 「棲」 (Baxter-Sagart OC: /*s-nˤər/). The character 「西」 was borrowed to mean west (also /*s-nˤər/) since the earliest traceable inscriptions, but this borrowed usage is a phonetic loan.

「酉」 originally depicted a container for storing alcohol. This was very early on extended to mean wine, alcohol in general, now written 「酒」 (/*tsuʔ/). An abundance of characters containing 「酉」 or a derivative of 「酉」 as a semantic component have something to do with alcohol or fermentation:

The character 「酉」 was also very early on used for one of the terrestrial branches (/*N-ruʔ/), but this usage is also a phonetic loan.

See e.g. 《甲骨文合集》37986 for a record of the calendar days inscribed on an oracle bone. In this sample, 「酉」 is the bottom-most character on the right-most column. 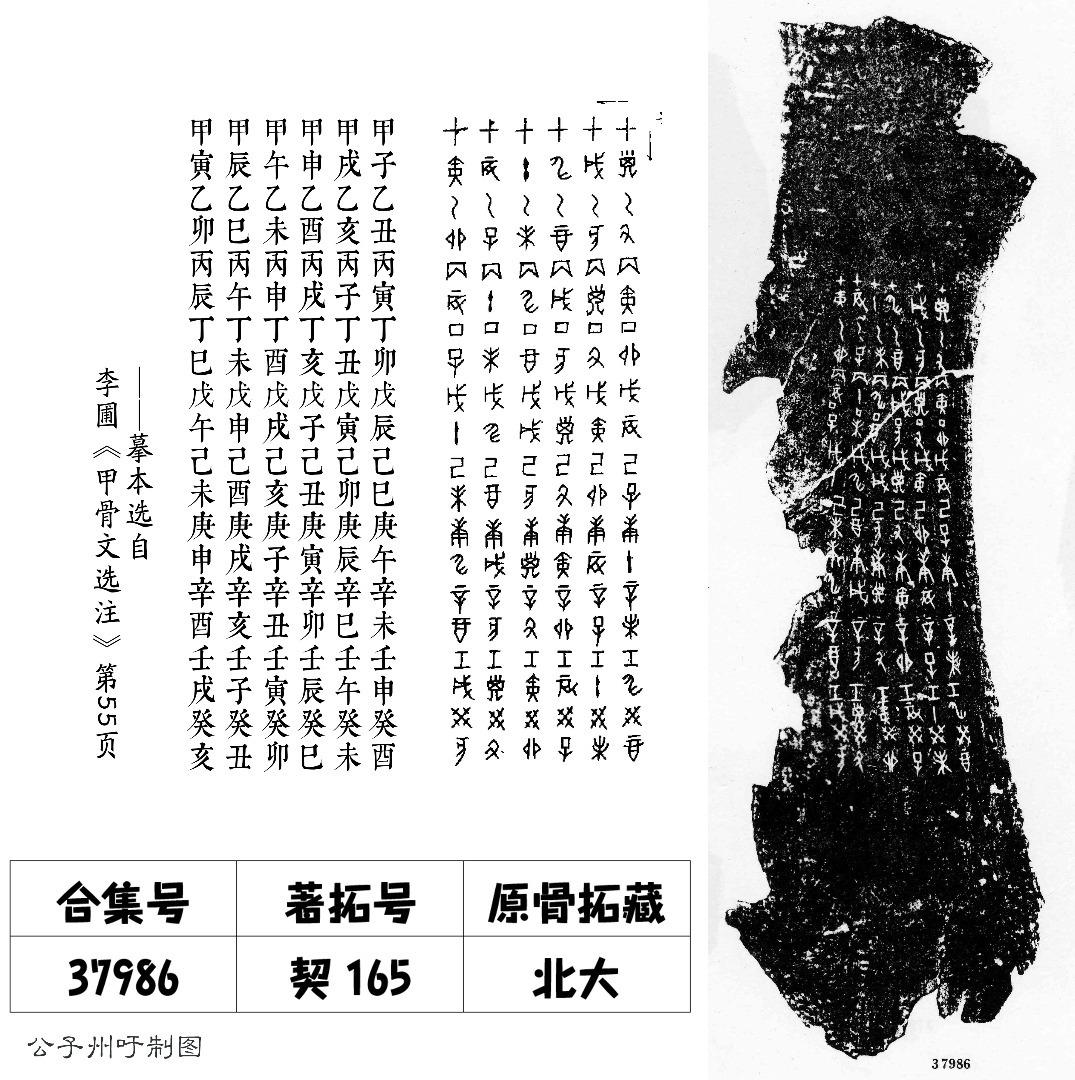 28
Are there any online etymological dictionaries of Mandarin (not for characters but for spoken words)
3
What are the etymologies of 局 and 局面?
4
Why do cat (猫) and dog (狗) share the same 犭 radical?
5
Why is New York called 紐約?
3
Pronunciation and etymology of 啱
4
What is the history of the character “耻”?
16
What's a good place to look up the etymology of certain Chinese words that aren't immediately obvious?
5
Why is the traditional character for 你 also 你 and not 儞 when the traditional character for 尔 is 爾?
4
Glyph origin of 「凉」 and its relation with 「涼」
1
Why does 身体 mean both "body" and "health"?