Why does 項 signify both 'item' and 'neck'?

I hope it's obvious why, but I don't think of "necks" as items. I can't imagine "neck" as as part of a "list, collection or set." Why? Because I'm not trying to separate people's or animals' necks, and most humans don't deal with necks as "an individual article or unit." Items are

1.1. A piece of news or information 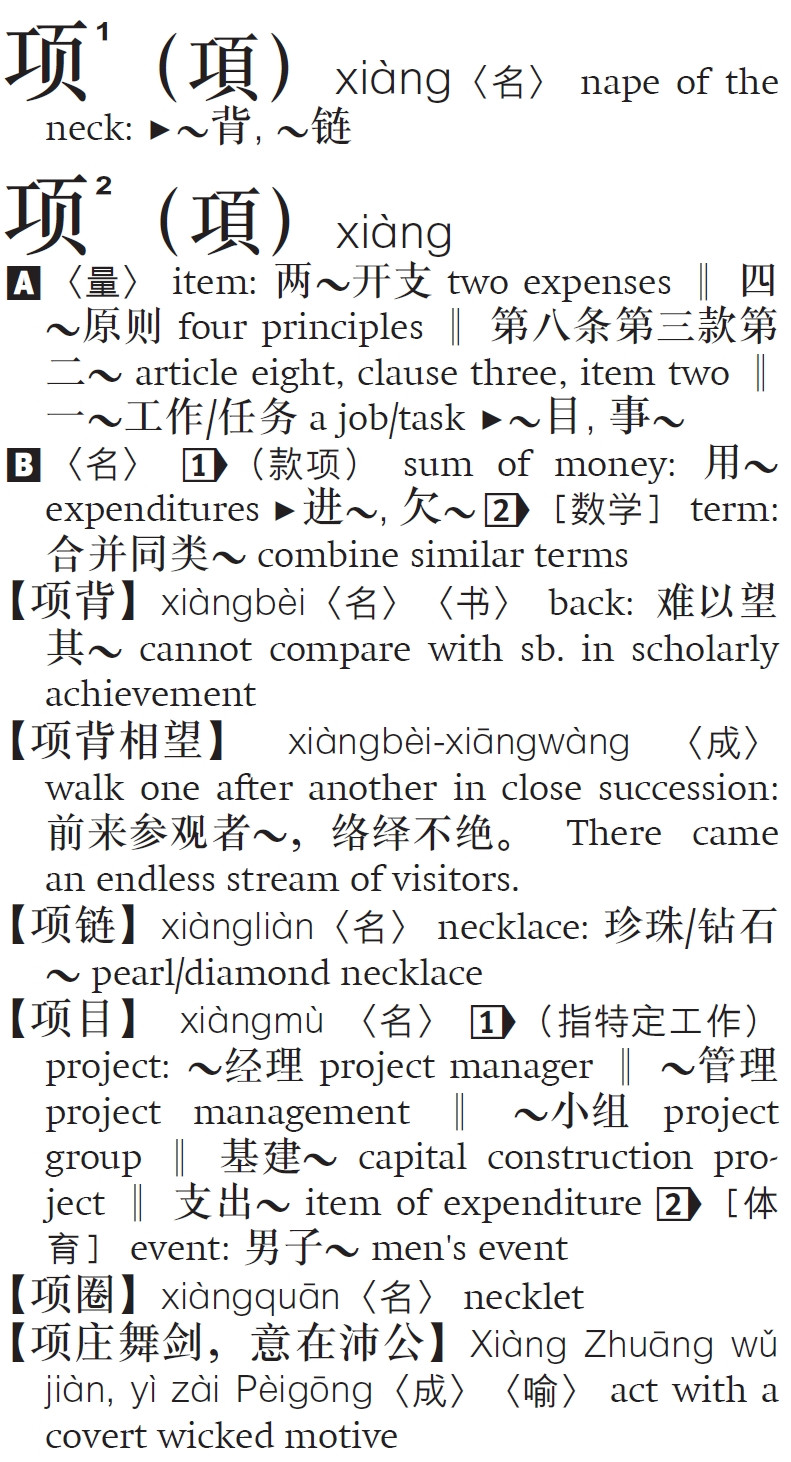 Because 颈 is primarily for neck only, 项 later got borrowed into its other meanings. Your neck holds up your head and supports it, thus the definition is then focused upon the head that is being held up by the neck.

Multiple heads became multiple individuals, and from there, the meaning evolved to become a classifier of items.

13
Does 危机 really mean both crisis and opportunity?
27
Why is 足 both "foot" and "enough"?
7
Why does 節 mean both "festival" and "to save, to control"?
1
Why does anger has something to do with spleen in both Chinese and English?
1
How can 敷衍 signify both 'perfunctory' and 'expound'?
4
Why does 漠 (desert) have water in it?
1
Why does 身体 mean both "body" and "health"?
2
Why does 差餉 signify "rates", a type of property tax?
0
How can 無奈 signify both "helpless" and the conjunction "but"?