Definition 2 : Potable water doesn't taste "astringent; acerbic; tart"! This is chemically wrong too, as water has a pH of 7!

Definition 3 : Unquestionably, water isn't "obscure" to humans. Or else we would've gone extinct!

Above is Yellowbridge. Below is Oxford Chinese Dictionary (2010) p 633. 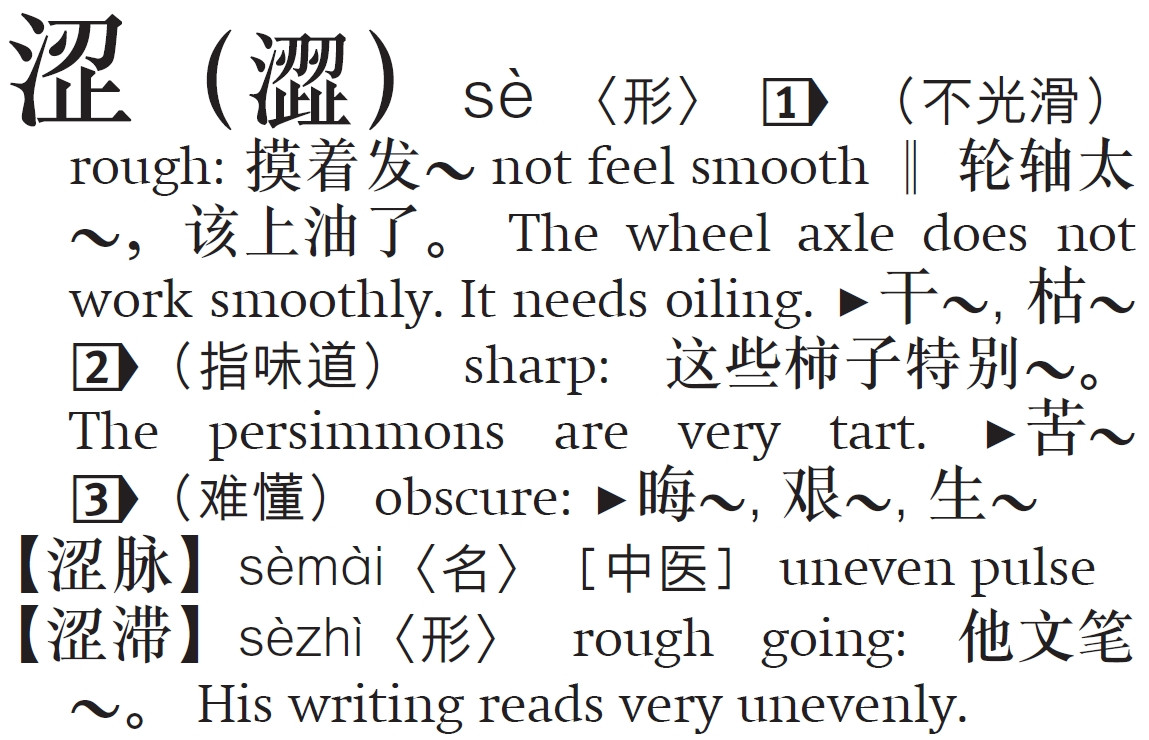 When a surface is not slippery, it becomes easier for many feet to walk through. You could also say many feet treading on soil can make it rough.

But it also becomes difficult for water to flow through thus some variants of this character added on an additional water semantic component to emphasize on the fact that the water is stuck. Over time, 涩/澀 became the standard form for this character while 歮, 歰, and 澁 fell into disuse.

涩 has a more commonly used meaning of "astringent", which relates back to the part where water is difficult to flow through in the previous definition. When you eat unripe fruit you can sort of feel like your throat is going to close up (astringent effect). Most unripe fruit tastes tart.