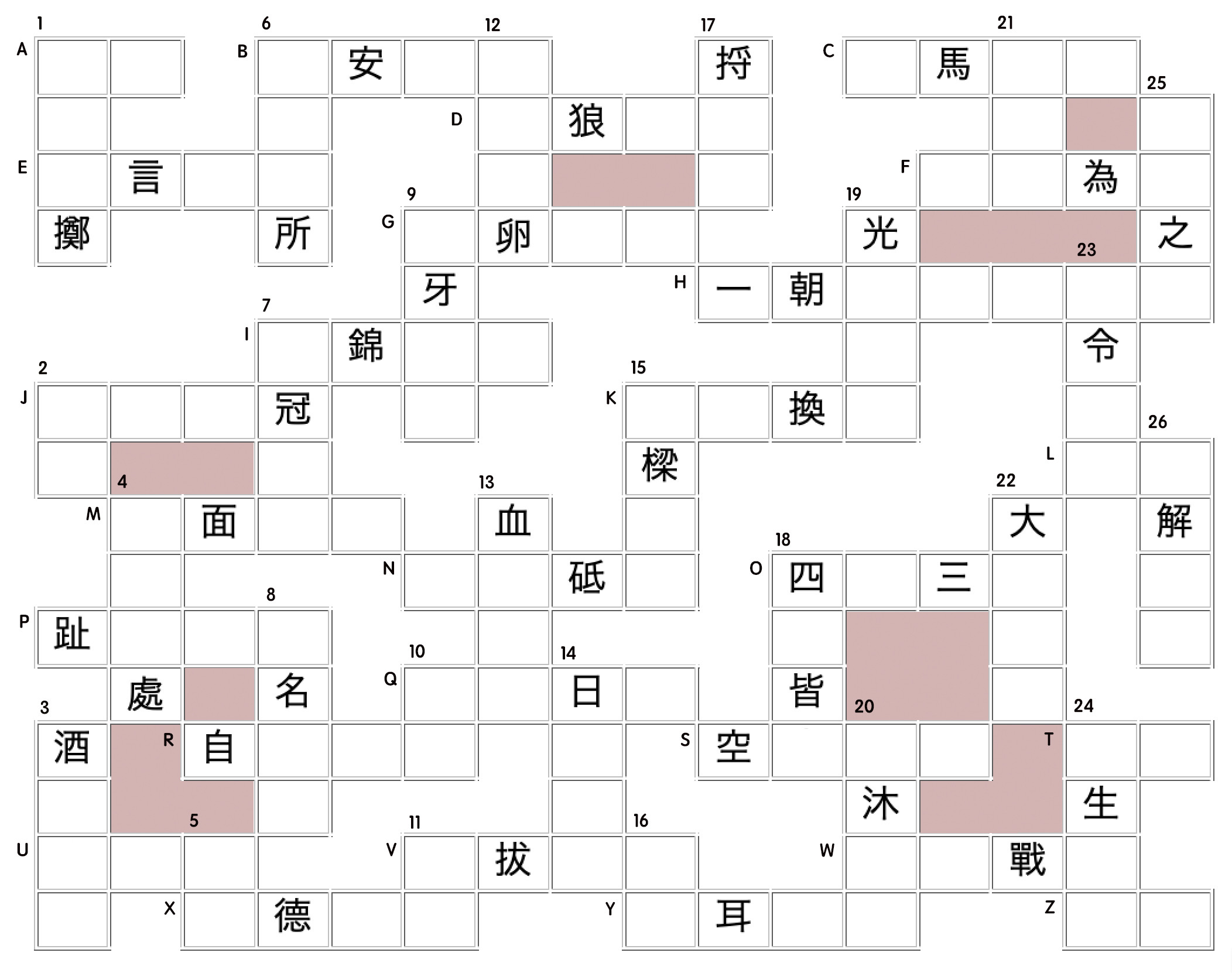 B. Although in a safe environment, one also think of the possibility of danger

C. A flat place. A vast flat land where a horse can gallop. Refers to the vast plain

F. One divided into two

G. Use eggs to attack a stone. It is a metaphor for attacking the strong with the weak. Will certainly be defeated

H. Once the principal changes, the subordinates also change.

I. Return home with glory (有關項羽的成語)

J. A monkey wears a hat. Used to ridicule someone for stealing his fame and high position without talents

K. Metaphor for secretly changes the content and nature of things

M. Although his face is human, his heart is as fierce as a beast. Described as cruel and despicable

N. Standing like a mainstay in the turbulent currents. An analogy of a person who can take on important responsibilities.

P. Full of air. Describe the look of arrogance.

Q. It is a metaphor that the situation is going worse day by day

R. Become independent from one's master and set up his own school

T. Popularity among the people

W. Spring and Autumn and the Warring States Period

Y. The east wind blew across the horse's ears and disappeared instantly. A metaphor for 'deaf ears/ not listening'