Meaning of early written versions of 地 and etymology?

The glyph origin section of https://en.wiktionary.org/wiki/%E5%9C%B0 shows characters that look nothing like the modern "地" (with the exception of the "Small Seal Script" in "Shuowen Jiezi"):

I am wondering if someone can interpret/break-down the components of these historical glyphs (what is the radical on the left? I see many characters have "土" in the bottom, but I do not know that the stuff on top of the "土" is), and explain when and how the modern character arose.

I did look at Glyph origin of 也, but would like to know more about the characters in the image above.

Note carefully that the forms above are strictly to be interpreted as 「地」, not what we now read as 「坨」, which is a different character (i.e. represents a different word).

The reproduction of that table on Wiktionary is as follows, with component-wise regular script transcription:

This is the shape that the Shuōwén's Shizhoupian script refers to. It is an old form of 「地」 only in the sense that Shuōwén considers it to be so; when reading the actual inscription that this character is found on, the word or morpheme that it represents is now written as 「施」 (Mandarin Pinyin: yì, to reach, to extend). From the Late Western Zhou inscription 㝬簋《殷周金文集成》4317: 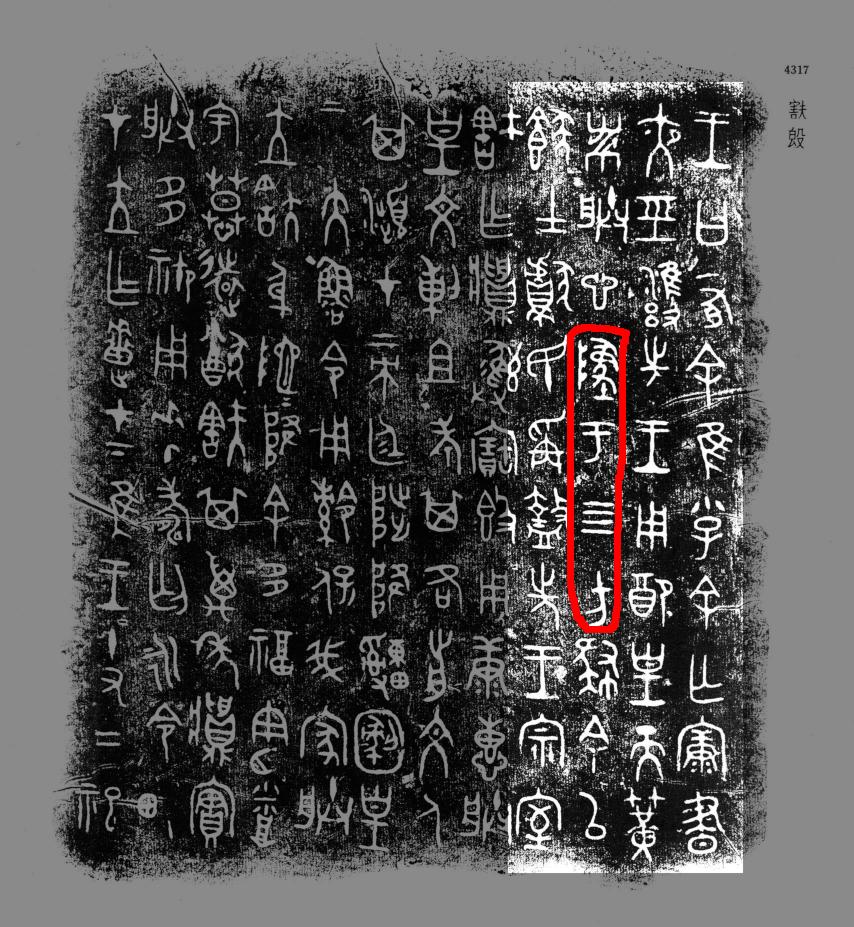 The king said: "Even though I am but a lowly fellow, I tirelessly uphold the principles of the former sovereigns from dawn till dusk, in accordance with the will of Heaven. Heaven fills my heart with glory, and its light extends everywhere, far and wide. Thus, I work with my virtuous men to harmoniously bring about the establishments of my royal ancestors."

Then, even if we do consider this character to be a variation on 「地」, it is still strictly a rebus borrowing in this occurrence. 「彖」 (/*l̥ˤo[r]-s/) here possibly acts directly as a phonetic hint, or may be a glyph derivative of 「豕」 (/*l̥ajʔ/) as the original phonetic hint.

Characters in this series were prolific in the late Spring and Autumn and during the Warring States period. For example,

The key components here are semantic 「阜・𨸏・阝」 (picture of a row of hills) and phonetic 「豕」 (/*l̥ajʔ/). An additional semantic 「土」 eventually was added permanently, but other components like 「又」, 「止」, etc. were non crucial and didn't stick around.

Unlike 「墬」, characters in this series could be concretely read as 「地」 (ground, earth). From the Warring States inscription 󱩃𧊒壺《殷周金文集成》9734: 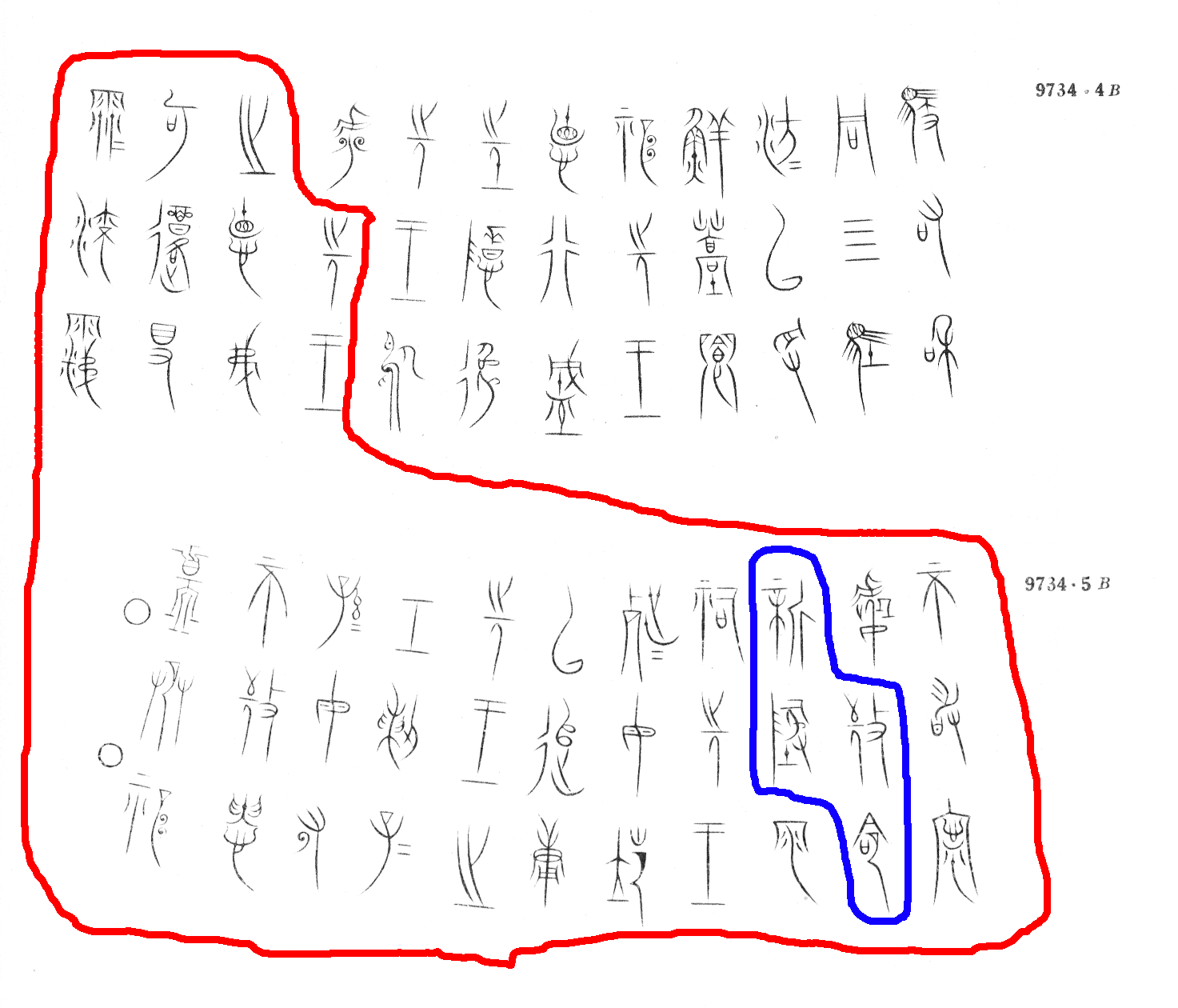 The virtues of the former sovereigns cannot be regotten; tearfully, I am fearful of residing peacefully. In our new lands, performing the rites to the royal ancestors, generations upon generations without fail, we pursue the achievements of the former sovereigns. My sons and grandsons are to be without irreverence, and to carry on and uphold the rites with veneration.

This series of characters uses the alternative sound component 「它」 (/*l̥ˤaj/), and was also frequently found with the omission of 「阜・𨸏・阝」.

As mentioned at the beginning, the ancestor of the modern 「地」 is from graphical corruption of the 「它」 component into 「也」. As part of other characters, 「它」 and 「也」 became graphically mixed up some time during the Hàn period.[ref][ref]

does not seem to be found in excavated texts, at least with an interpretation of 「地」. I believe that the intended regular script transcription is supposed to be 「埅」, but the lack of excavation records makes it difficult to trace character usage.

But boy, does that top-right component look like 「犬」.

The first two (and the "Shizhoupian script" one) are 墬 in the 隶定 (transcription in modern type of characters component by component) , and this character (墬) was now considered as ancient form of 地. As for it's left radical, is 阝 (阜), means something related to hill.

The third one can be transcribed as 𫭩 (U+2BB69), and the radical 阝 was omitted soon after, so we have 地 in stead. 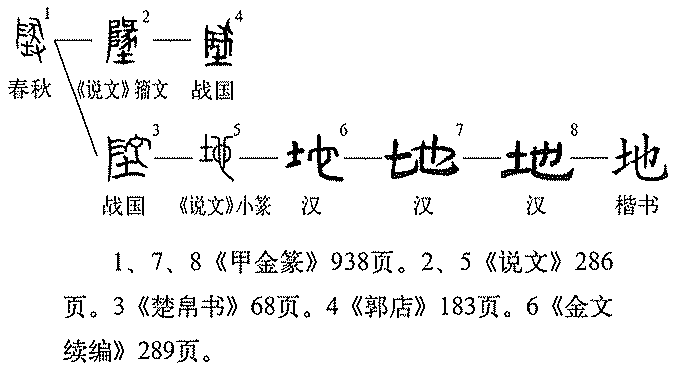 Not the answer you're looking for? Browse other questions tagged characters etymology glyph-origin history character-components or ask your own question.