Is it correct to say 是新的

I know that adjectives like old, new, good don't need 是. For example, we say 都很贵:Everything is expensive. We don't say 都是贵. On the other hand, I know that there are some words like colours, materials, gender and etc which are called "distinguishing words". These words are used with the 是...的 pattern. For example, 是红色的:It is red.

But as far as I know, the word "新:new" is not a distinguishing word like colours, materials or gender. So is this sentence grammatically correct? 老师的书是新的

In "这是新的" 这 is still a noun while 新的 is also a noun (roughly meaning "that which is new"). If you want to understand why 新 is a verb and 新的 is a noun then I suggest you look up the term "nominalization".

As an added note, it is by this same grammar that we arrive at structures such as "高的人". 高 is a verb meaning "to be tall" while 高的 is a noun meaning "that which is tall". In the same way that mustard + stain = mustard stain, [that which is tall] + person = a person that is tall.

Words of this kind are referred to as "noun adjuncts":

So 高的 is not an adjective, it is a noun functioning as a noun adjunct 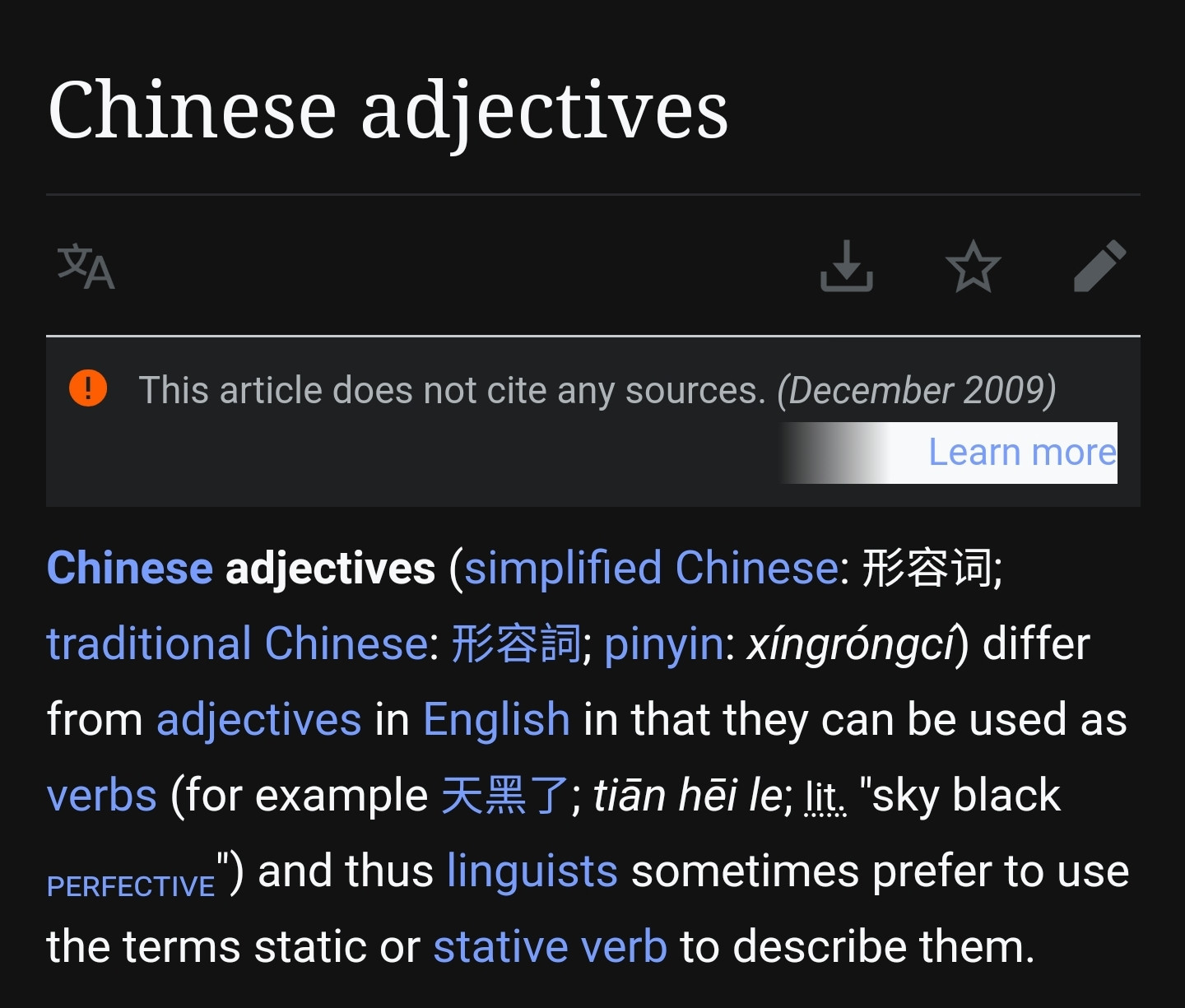 Directly from the Wikipedia page on Chinese adjectives. Chinese adjectives are not adjectives, they are verbs. They are often referred to as stative verbs or attributive verbs. Even calling them adjectives is an attempt to project one's own Euro-centric understanding of language and grammar onto the Chinese language. Parts of speech do not exist in a 1:1 ratio between languages. 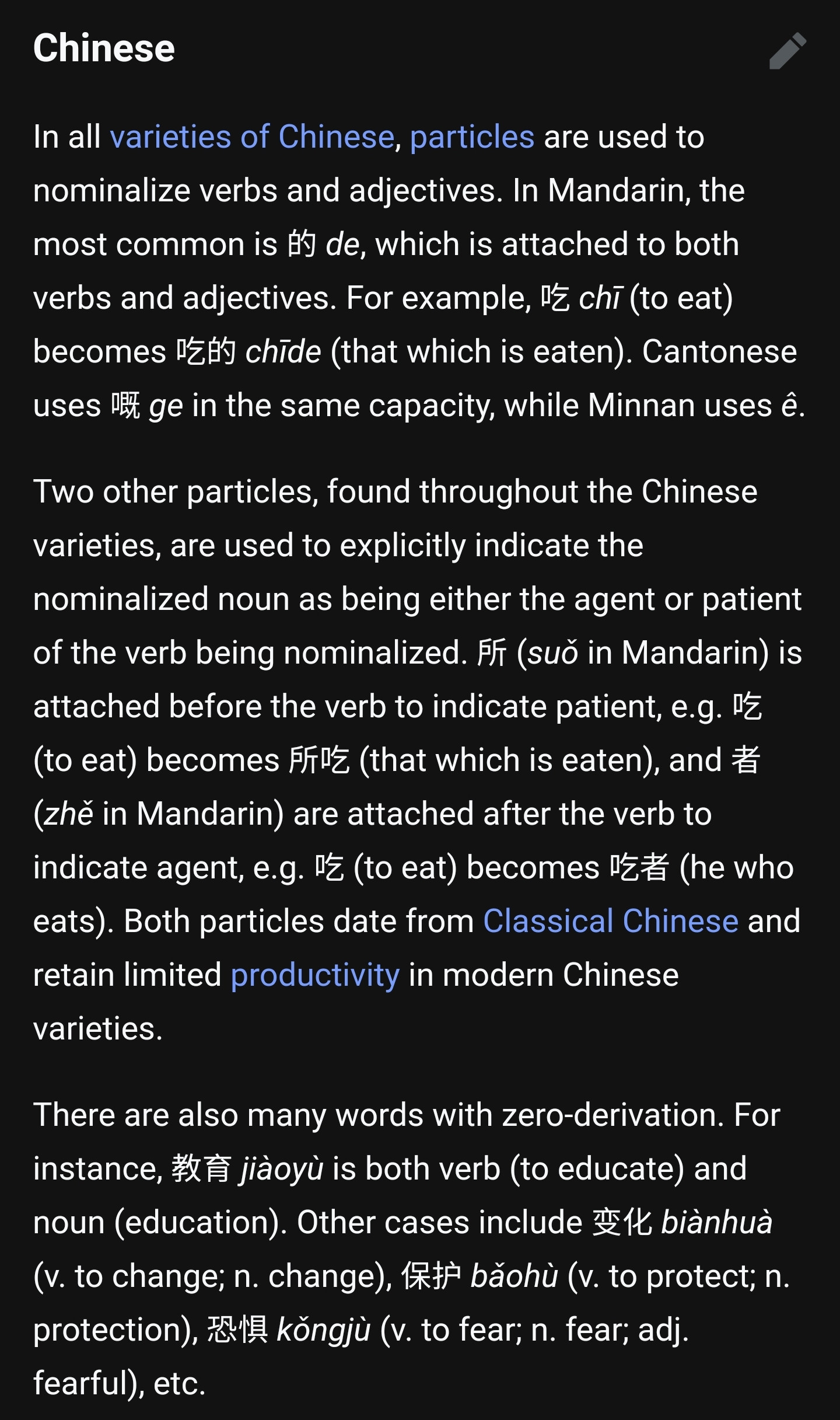 Directly from the wikipedia page on nominalization (which I had already directed people towards earlier). As I said, if you have any opinions in opposition of these two concepts it is because your own understanding is superficial.

Even if you ignore these facts and compare the understanding I'm affording you here objectively against the "conventional" dogmatic approach typically being taught to English learners (the approach perpetuating the idea of literal adjectives in Mandarin) essentially you're making a tradeoff between an actual, intuitive understanding of the underlying grammar vs the small amount of comfort afforded to you by being able to use the term that you're already familiar with (adjective).

So you can either continue falsely identifying these words as adjectives and having to constantly deal with the fact that they don't behave as adjectives do in English, or you can accept that they aren't adjectives but instead a set of verbs that convey meanings that are akin to adjectives.

It's a curious thing that you can see the term 形容词 suddenly burst onto the scene in the 1930s: 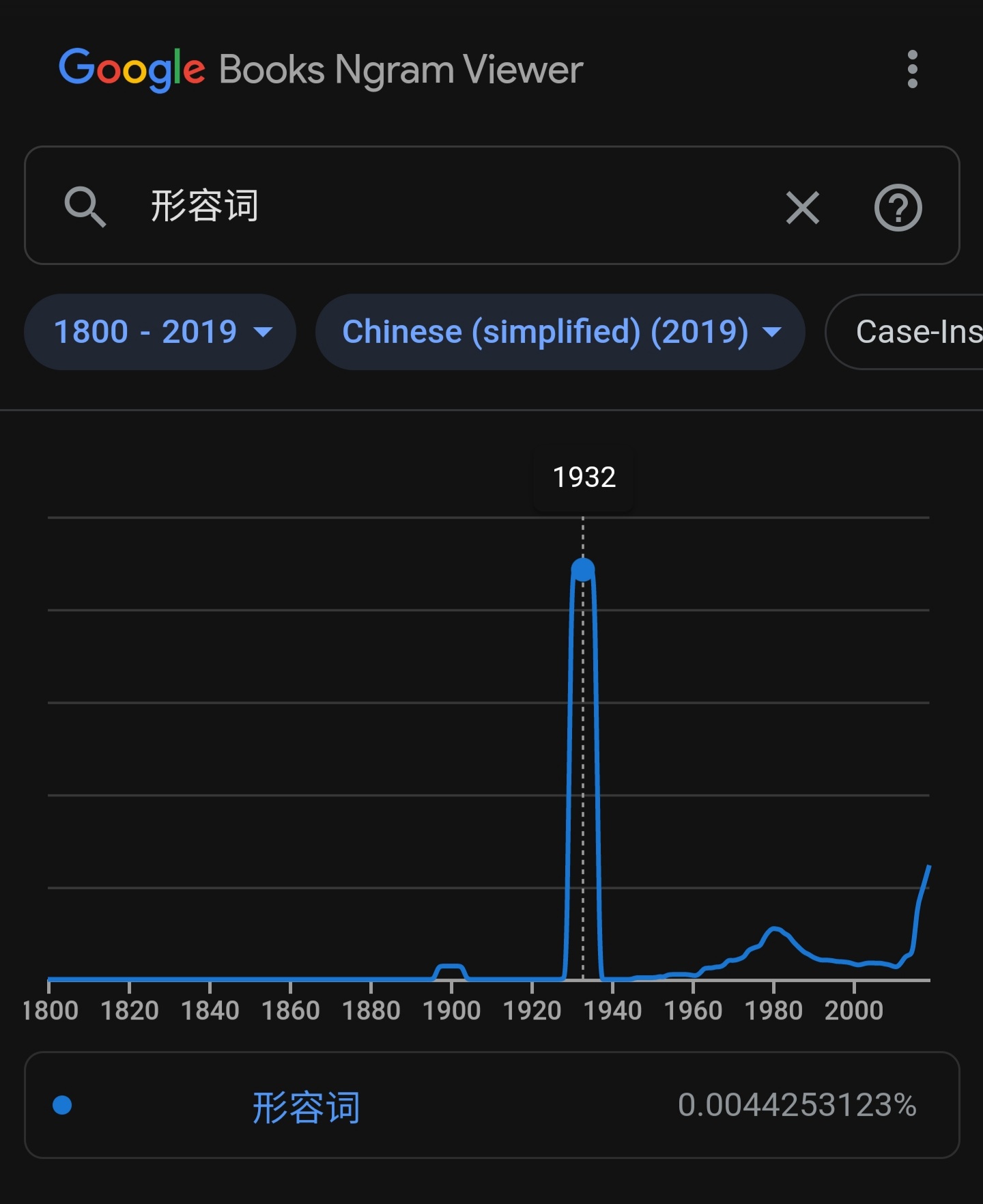 Now I'm no history buff, maybe someone else can tell me what was the nature of Chinese-European relations at that time

I would not put it that way. I would say that sentences without a verb are very common in Chinese. In this case, the structure is called 形容词谓语句 (adjectival predicate sentence), that is a sentence with an adjective as the main element of its predicate.

In an affirmative sentence, the adjectival predicate is usually preceded by 很, which is a weakened adverb here without much significance of an adverb of degree. Without 很, comparison or contrast is often implied.

These words are used with the 是...的 pattern

Nouns, verbs, adjectives, and phrases can all be used with the 是...的 pattern.

So is this sentence grammatically correct? 老师的书是新的

Yes, it is. The structure is:

This structure is used to categorize (表示归类).

17
Learning how to use measure / count words properly
9
份, 个, 本, 两: How do they function in these sentences?
1
How to say "After +Verb" in Chinese?
1
Why are there multiple ways to express "Wait a second" such as 等、等下、等一下？
3
Confusion about the usage of hěn
9
How to correctly use "多" to say "more than"?
1
If you can use Chinese nouns as verbs, or vice versa
2
在 before or after the verb
1
How to use 都 and 也 together？
3
Is using 是 correct in “我也是又累又渴”