Could someone translate this Chinese seal please?

The name above is English’s “Hugh” could someone translate the bottom part please? 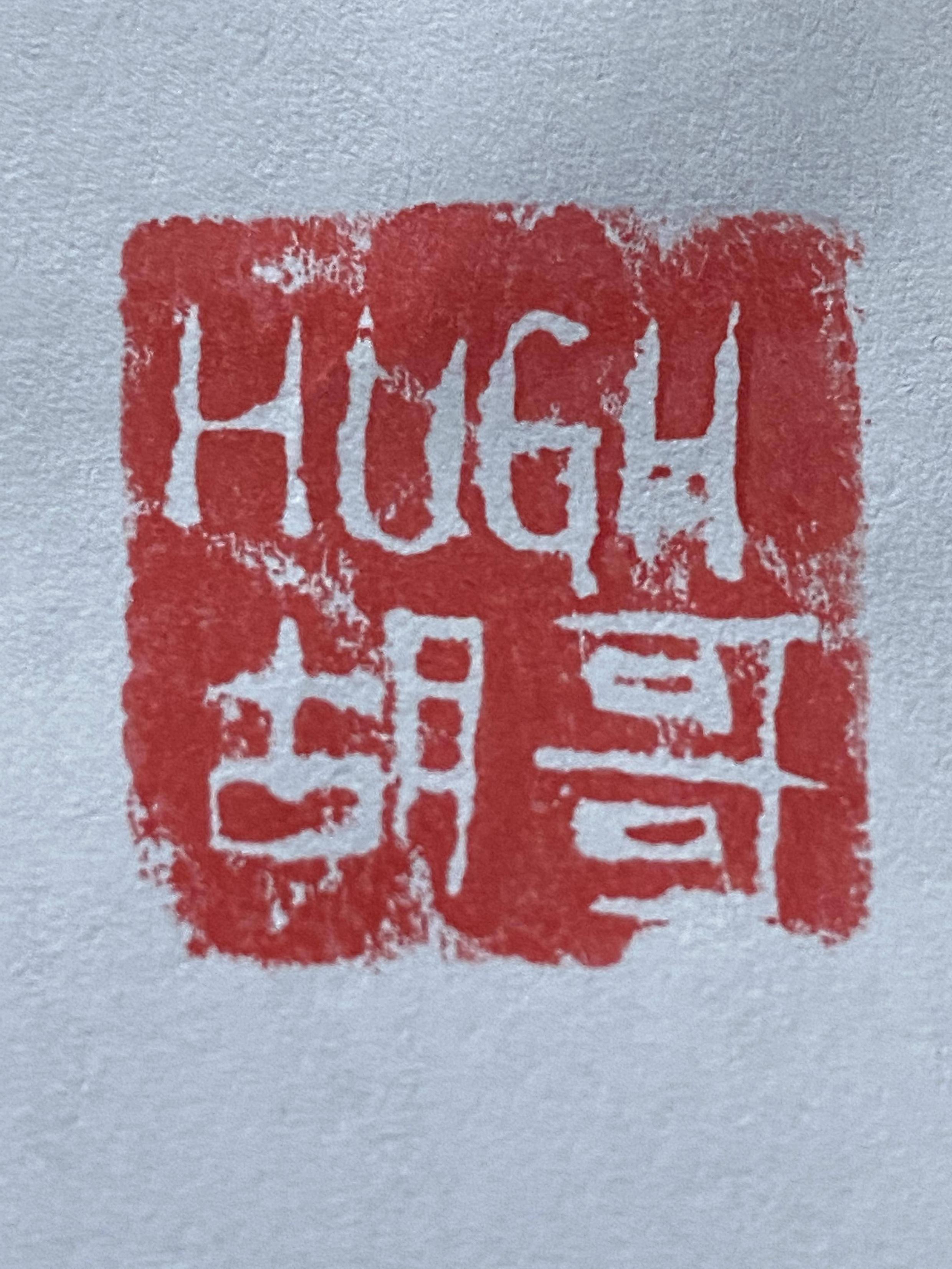 In the comments you note that the seal was made for your uncle in Hong Kong. The main Chinese language spoken in Hong Kong is Cantonese, although many people also have a good understanding of Mandarin, and English too.

The numbers indicate tones, which are important in Chinese languages, but can be safely ignored in sound translations.

There may be a bit of a gentle punning joke here too. Though, as others note, 胡 is primarily a surname, there is a historical usage 胡人, "foreigner", so your uncle's name could technically be translated as "big brother foreigner" or even "big brother barbarian".

The characters below are definitely "胡哥"

according to the English part Hugh,I am gonna take meaning 2 , because that actor's English name is Hugh . The seal maybe a fanmade one but I can't figure out why it uses "哥".

“HU”= It's a last name. “GE”= It's an appellation. For example, my family name is Zhang. If I'm older, you can call me Uncle Zhang. If you're older, call me grandpa Zhang.