How did 端 semantically shift to signify "destroy", when its semantic component 立 signifies 'stand'', 'establish'?

CUHK doesn't even moot the meaning of "destroy" that undeniably is the polar opposite meaning of 立! 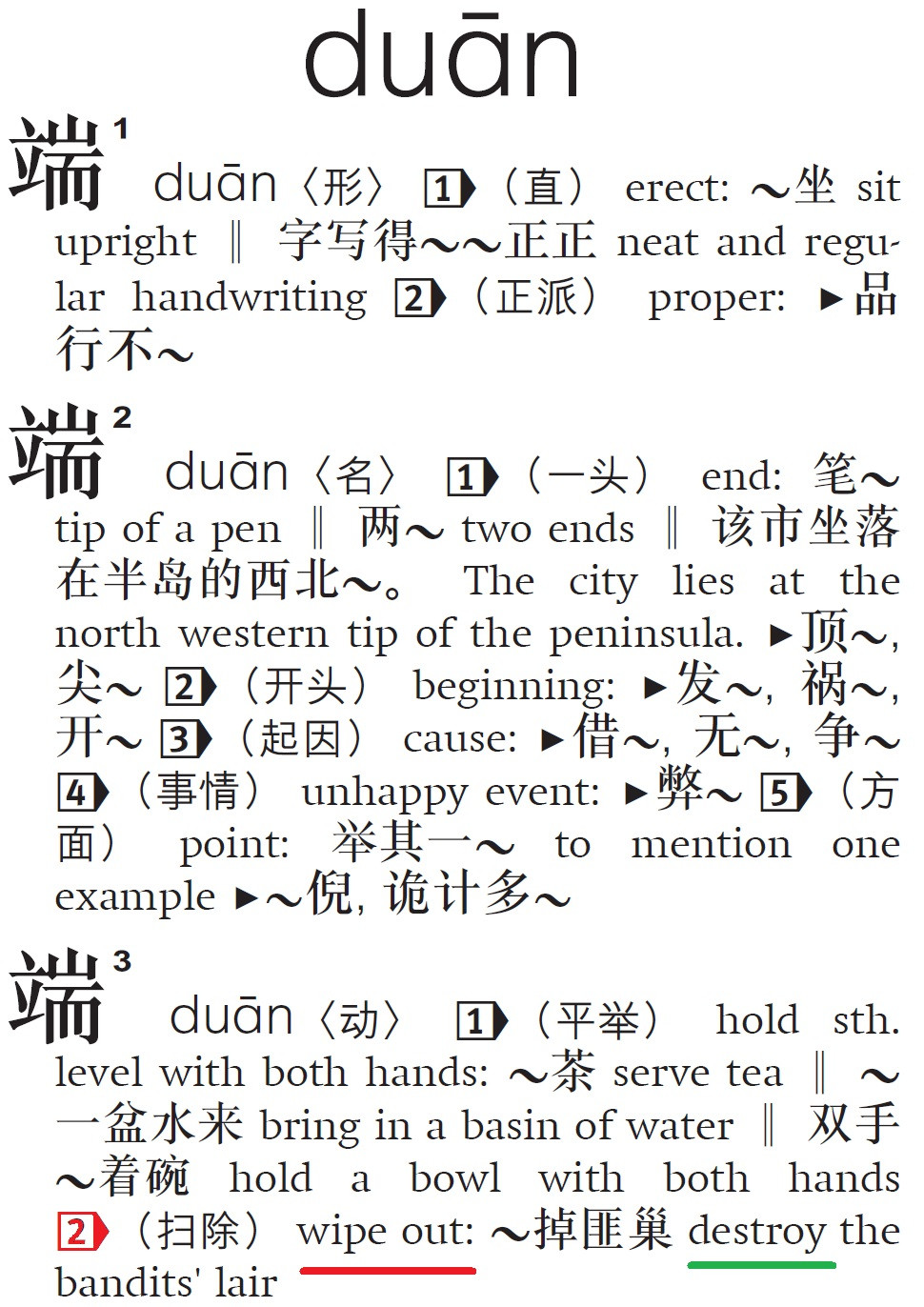 I don't know why this question has three downvotes. Maybe people think the answer is too obvious? (I didn't downvote.)

The CUHK definition as quoted by OP is quite clear. The sense of "wipe out; destroy" comes from the sense "hold sth. level with both hands". Imagine there is a beehive on your bedroom wall. You hold it, which means you take it off from your wall, which means you remove it. This sense is still used mainly metaphorically, so it is used together with words like 巢 and 窝 (eg. 端掉老巢 and 端掉贼窝). It can't be used as a neutral default word for "destroy".