How does Classical Chinese deal with vertical numbered lists and punctuation marks?

So I want to create a document in Chinese but there's just one problem: How do ancient and modern day chinese deal with numbered lists while in vertical format and how do they use punctuation marks in ancient and middle china? Do they have special chinese character for those or is there another way.

For vertical numbered lists, below is an example from 康熙字典 (published in 1710-1716): 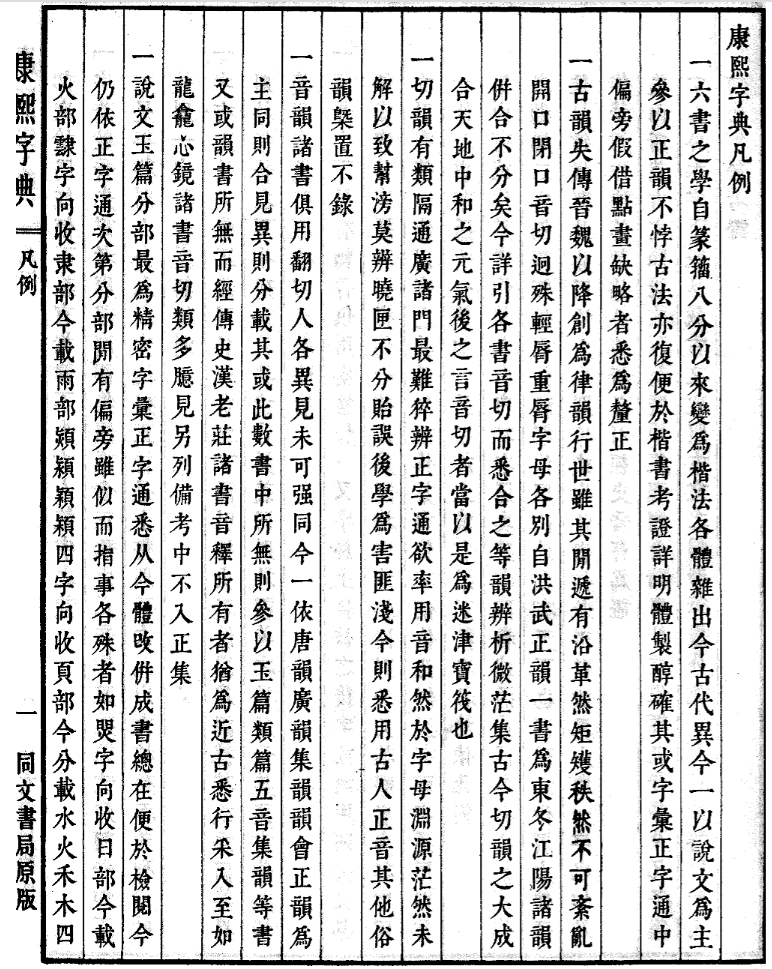 Each item in the list is marked by the Chinese character "一" (maybe we should call this an unordered list). No punctuation marks can be seen on this page. 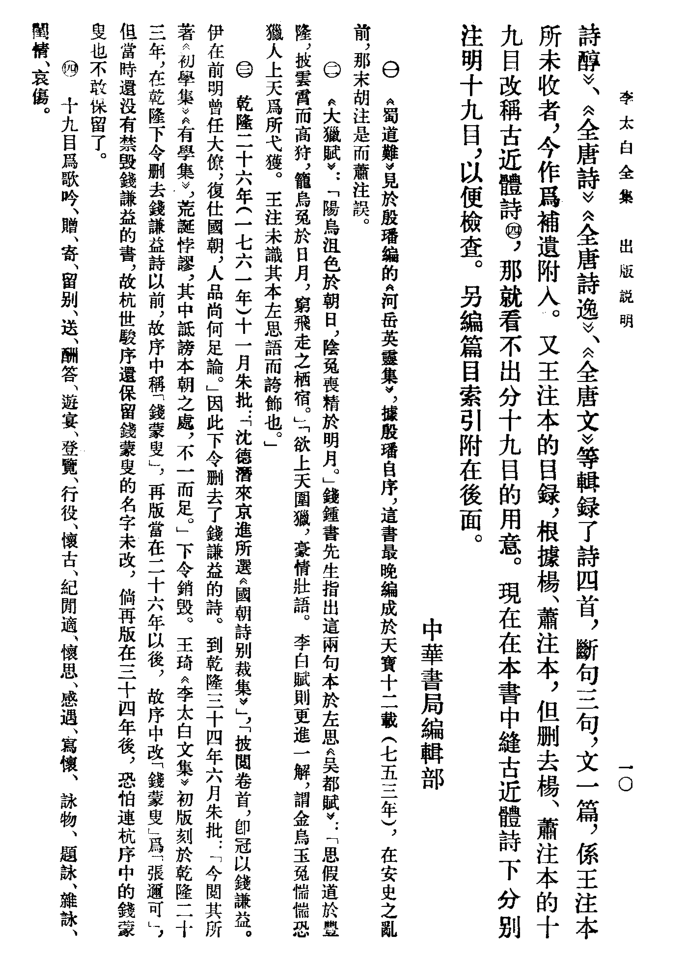 It's pretty clear how they handle vertical numbered lists and punctuation marks.

For punctuation marks, there are some differences in Mainland China and Taiwan but the main principles are similar.

There are also other possible styles for numbered lists (both horizontal and vertical).

no numbered lists was used in ancient time. the nearest one is, using characters “一” to indicate list items, as shown in another answer by betty 👍

how do they use punctuation marks in ancient and middle china

again, no punctuation marks is used in ancient time. here’re a few pages in vertical layout, dealing with number: 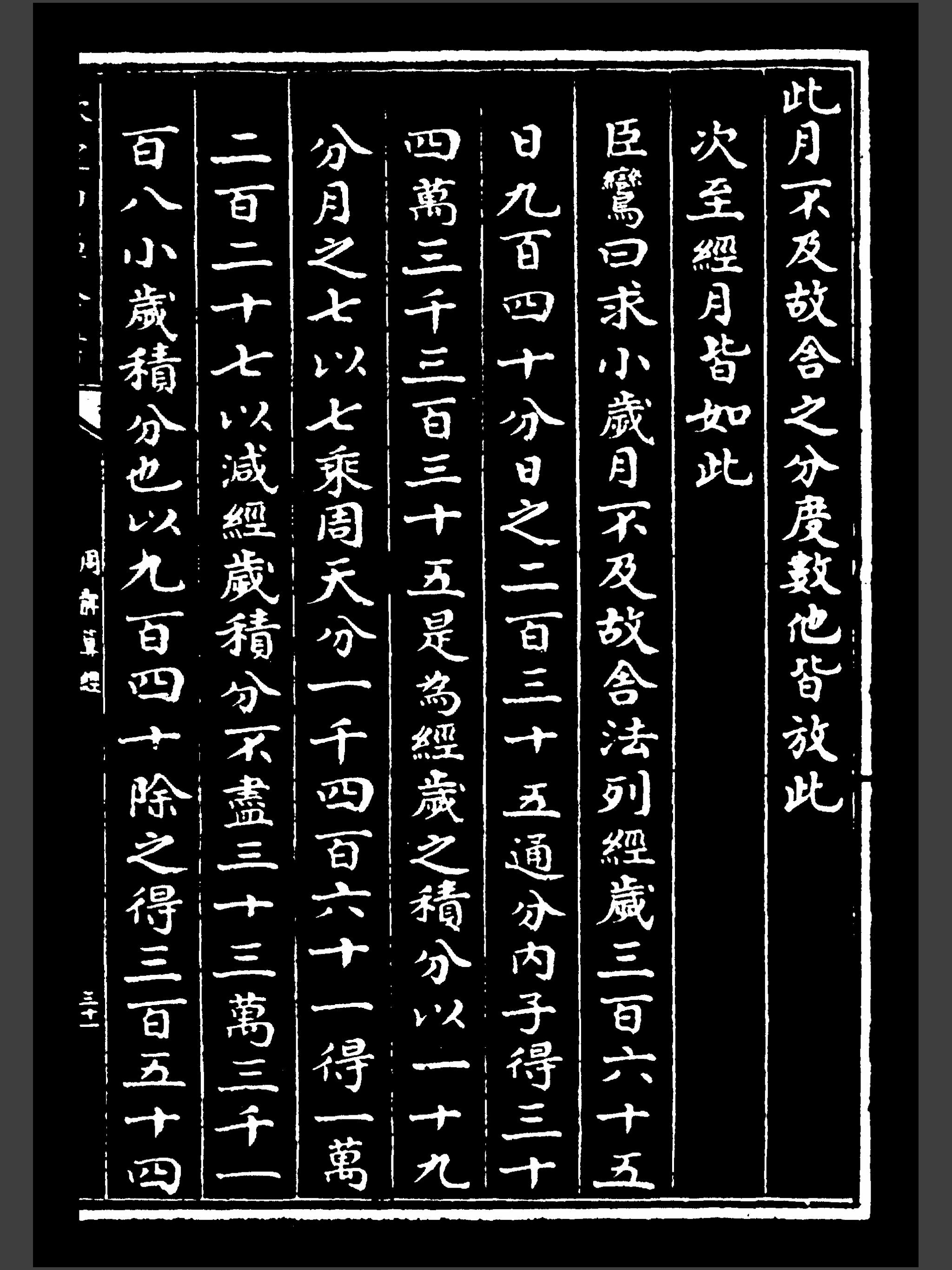 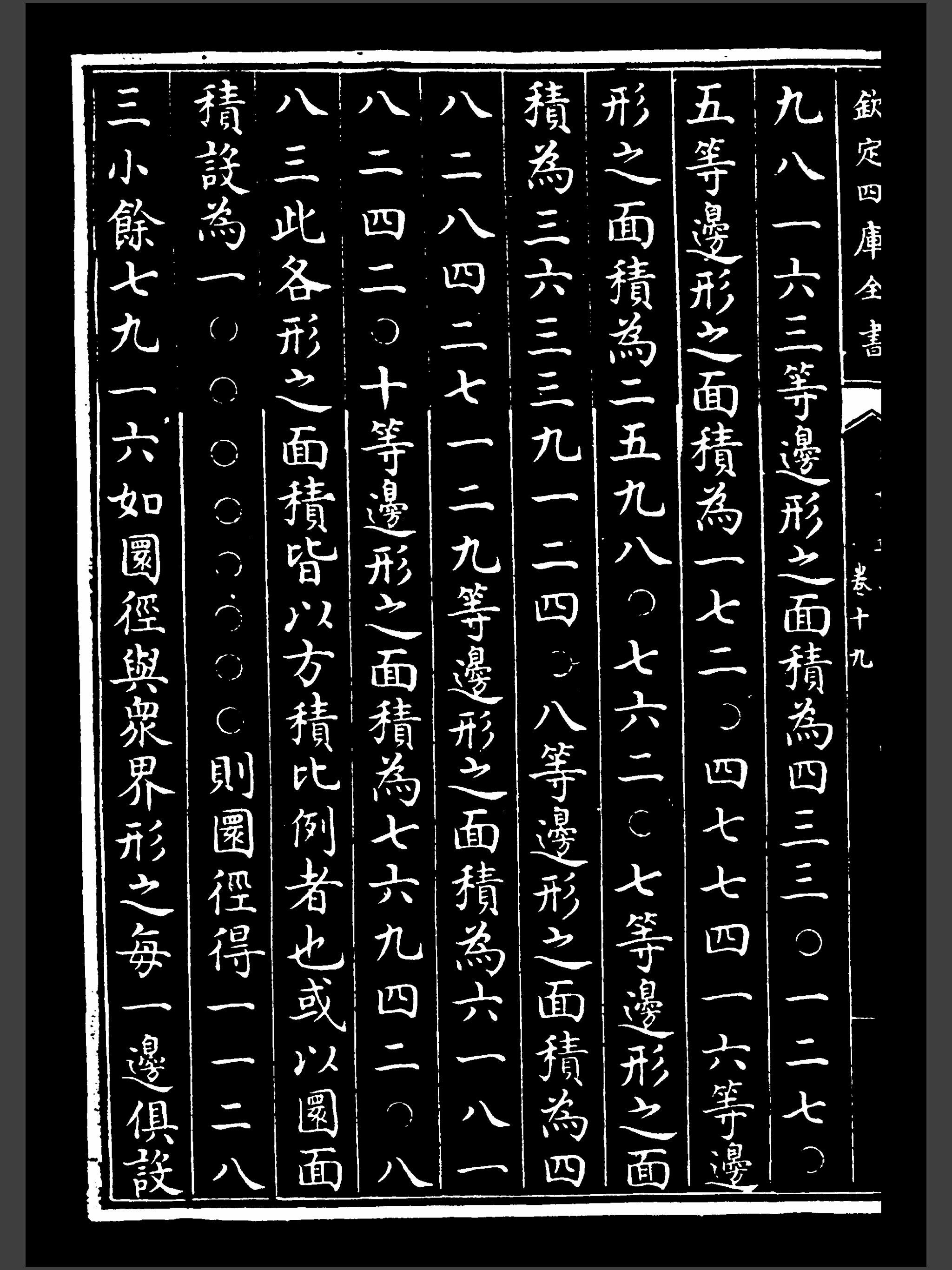 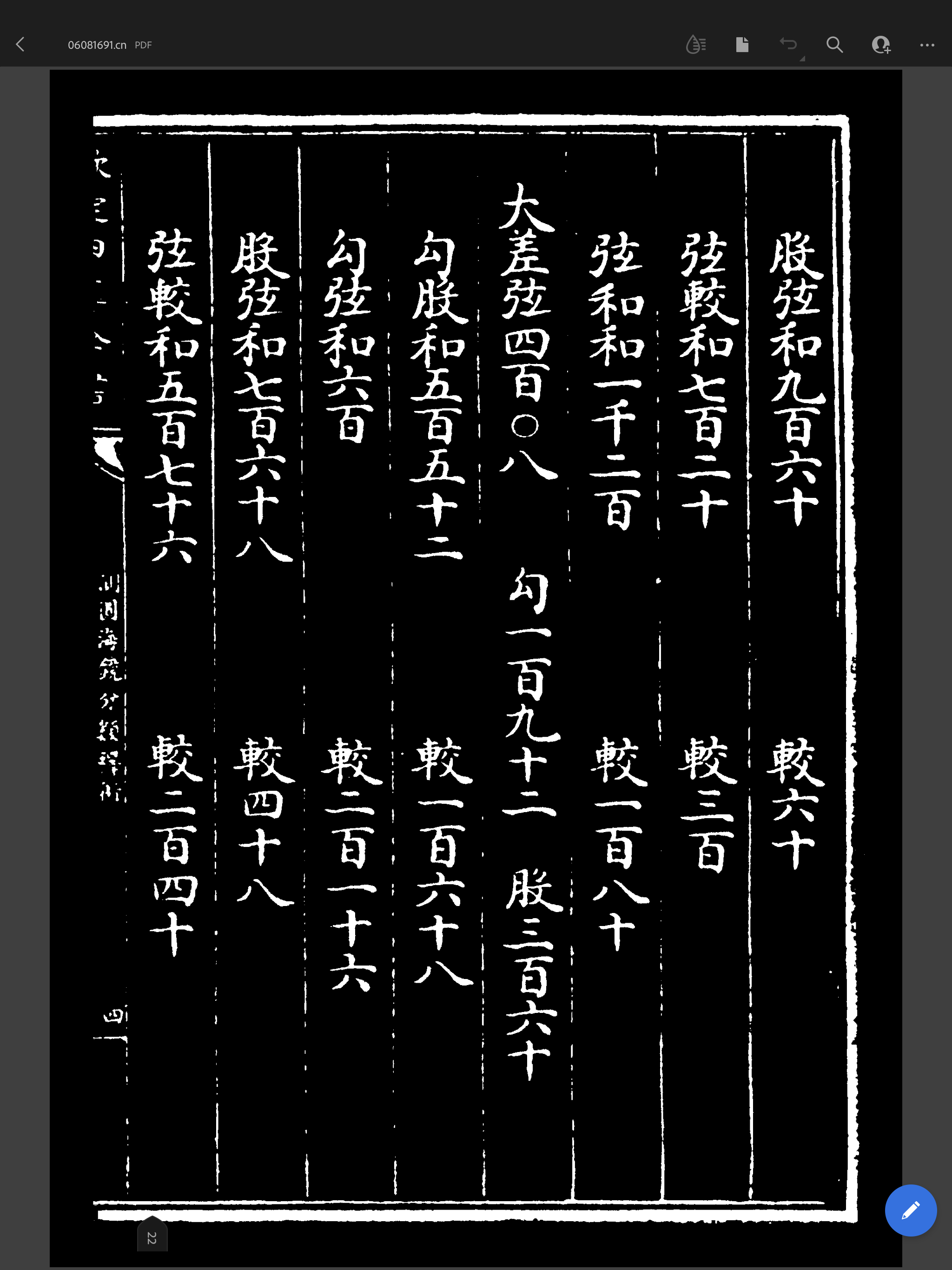 The decimal point wasn't in use until the adoption of Arabic Numbers. But in case you see a number like 一百零三點八 (一零三點八), it is equal to 103.8.

ADD: Since I am not a scholar of the Ancient Chinese Language/Literature, I wouldn't argue the notion of "no punctuation" in the ancient Chinese world. However, the text below seems to suggest otherwise and tells the ways existed and were used to understand the long paragraphs without the obvious modern punctuation marks, namely "斷句" - a skill that is taught at the advanced level of Chinese learning only.

"Chinese punctuation uses a different set of punctuation marks from European languages and has shapes that are derived from both Western and Chinese sources. Although there was a long native tradition of textual annotation to indicate the boundaries of sentences and clauses, the concept of punctuation marks being a mandatory and integral part of the text was only adapted in the written language during the 20th century due to Western influence. Before that, the concept of punctuation in Chinese literature existed mainly in the form of judou (traditional Chinese: 句讀; simplified Chinese: 句读; pinyin: jù dòu; lit. 'sentences and clauses'), a system of annotations denoting stops and pauses. However, unlike modern punctuation, judou marks were added into a text by scholars to aid comprehension and for pedagogical purposes and were not viewed as an integral part of the text. Classical texts were therefore generally transmitted without judou.2 In most cases, this did not interfere with the interpretation of a text, although there were occasionally ambiguous passages as a result of this practice.[A]

The first was given by the Han dynasty scholar Zhao Qi (趙岐) and was the traditionally accepted reading, but Song and Ming neo-Confucianists have proposed the second one.

Many ancient Chinese books contain thousands of words with no spaces between them; however, when necessary to explicitly denote a pause or break, Judou marks such as "。" (句號) and "、" (逗點) were used. Similar to the development of punctuation in Europe, there were varying types of Judou marks. For instance, a Song Dynasty print of Chronicles of Huayang used full-width spaces to denote a stop,[citation needed] whereas a print of Jingdian Shiwen from the same dynasty simply used "。" and "、" marks.[citation needed] Also, Qu Yuan's Li Sao used the character 兮 and grammatical particles to denote stops, similar to Judou marks.[3] In Chinese writing, each character conforms to a roughly square frame so that the text as a whole can fit into a grid. Because of this, East Asian punctuation marks are larger than their European counterparts, as they should occupy a square area that is the same size as the characters around them. These punctuation marks are called fullwidth to contrast them from halfwidth European punctuation marks." 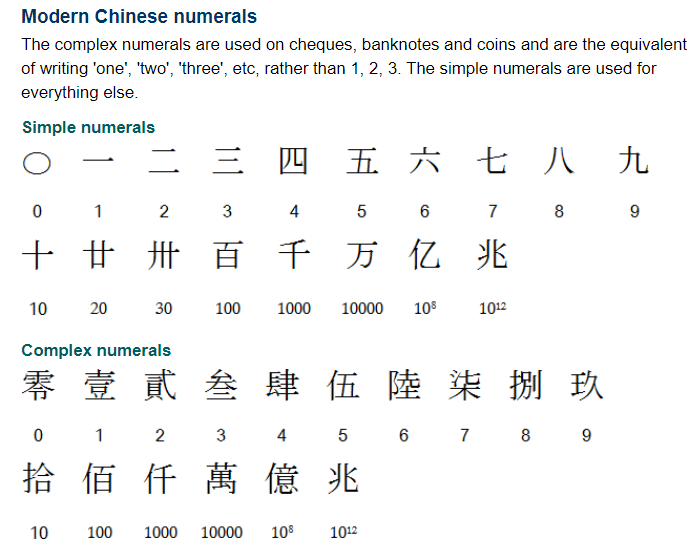 Not the answer you're looking for? Browse other questions tagged classical-chinese punctuation or ask your own question.

4
What did the original Tao Te Ching use for punctuation?

12
Classical Chinese Literature - What languages could be written with it? And why?
6
How to mix Latin and Chinese script with style?
2
Punctuation and Footnotes in Mandarin Chinese
0
What's the state of Chinese classical texts in the mainland after Simplified Chinese (and the Cultural Revolution)?
1
How can I put the understandability of classical Chinese and modern Chinese into scale?
5
Need help with Classical Chinese
3
How to translate 乎 in classical Chinese texts?
4
Scribal convention versus scribal error
3
According to the official rules of pinyin, should 道德经 be transcribed with or without spaces between the individual syllables?
3
How to properly space Chinese with English and numbers in between?