What were the court/administrative languages of various dynasties?

It's called "Mandarin" (and 官话) precisely because it was the language of courtly officials at a time when there was no unified national language of China. This was the case in both the Ming and Qing dynasties (although they used different dialects as standards of pronunciation, IIUC).

In the dynasties previous to the Ming, what were the languages of the court? (It might be hard to meaningfully say pre-Tang, since I'm not sure how much we understand about regional variation of Chinese pre-Middle-Chinese)

This is a very difficult question to answer, as while there are many pieces of research on the history of the Chinese language, there is no clear indication of which language was the official language (官話) of each of the 27-30 dynasties.

However, the official language ought to be tied to the origin, where the force to create a new dynasty was originated. However, this couldn't be practically correct, because each of the dynasties may not have lived long enough to change the official language drastically to its likes - the freshest example is the Ching Dynasty (qing/ching), while it was created by 滿人, that originated in Northeast China (關外) who spoke 滿州話 and used 滿文, but after 200 years of governing, it still was not been able to alter the official language that was used in Ming Dynasty but minor changes (actually it has adopted the Chinese language instead).

So, what else provides clues to the official language at different eras? One is to look at the Capital City of each dynasty. After 5000 plus years and 30 plus dynasties, the capital city has always been located among a handful of cities - 咸陽,西安,長安,洛陽,北京,南京, so one of the prevalent, and earliest, dialects, in the region that covers those cities must have the most influence, which includes - Gan(贛?), Hakka(客/汉語), Wu(吳語), and most importantly - Central Plane Mandarine (中原普通話).

However, it is worthy to note that there are at least 15 subdialects under the umbrella of the dialect (Central Plane Mandarin). A list of the subdialects is provided in here.

ADD: When also named "Mandarin", it differs from the Modern Mandarin, as the latter has become the mainstream language not until the 19th century, and is closely related to 北京話, which was much less dominant prior to Ming and Qian/Ching Dynasties. 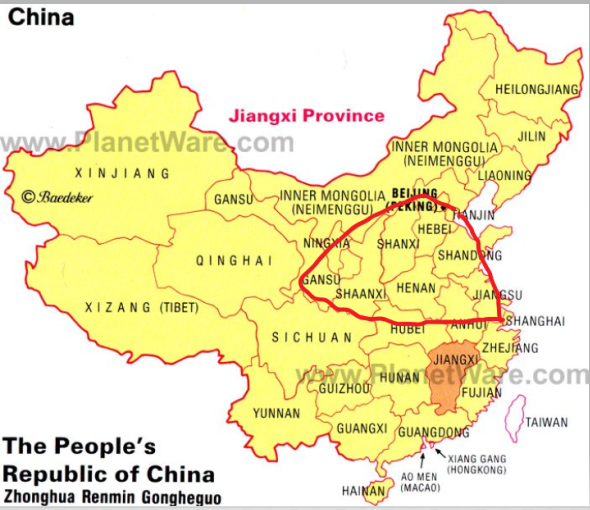 Not the answer you're looking for? Browse other questions tagged topolect history or ask your own question.

10
What is the difference between 國語 and 普通話?

14
How were Chinese characters taught to Chinese children before the introduction of pinyin?
3
Are Sinitic languages mutually comprehensible?
0
Resources: Chinese Minority Languages
2
Which non-sinitic languages contributed to the wordstock of common chinese words before 1800?
7
Were 蒸 and 祯 homonyms?
4
砲響: were there cannons in ancient China?
0
What languages have been approved by SARFT for use?
2
Where was the heartland of the pre-historic Chinese branch of languages (or that of the entire language family)?
4
What Chinese languages are spoken in South East Asia?
1
Do Chinese speaking different languages use written Chinese to communicate?