Why is Chinese written in different directions?

Example Given: The Peony Pavilion

And another example on this pavilion can be seen below: 亭丹牡 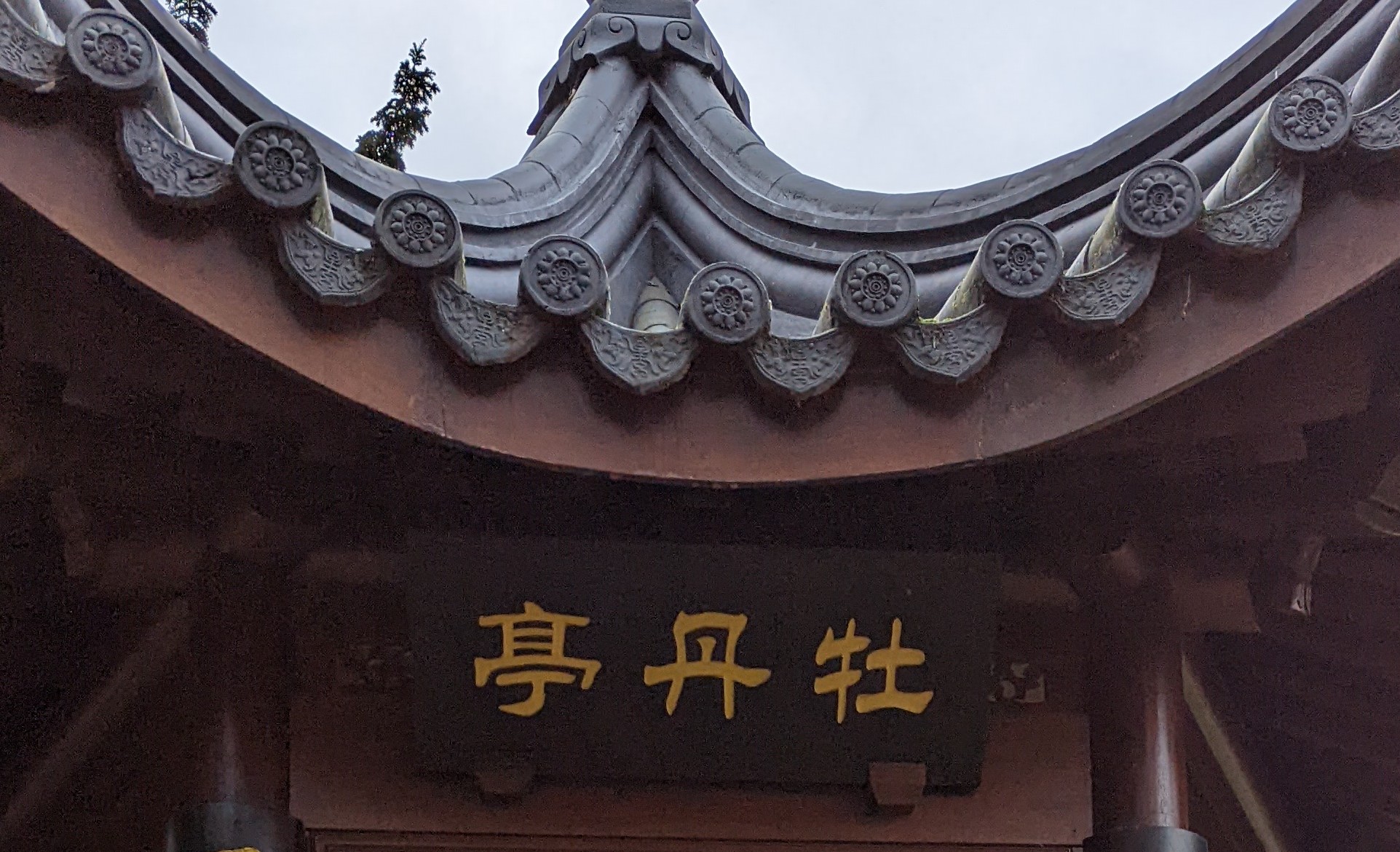 The Wikipedia text is arranged in one line of three characters; the picture of the pavilion is in three columns of one character each that just happen to form one line.

Traditionally, Chinese was written in vertical columns in which the characters are read from top to bottom in columns ordered from right to left. The text may also be grouped in any number of apparent lines for aesthetic affect, but this has no impact on the order of reading. If there is only one line, the text would still be read from right to left according to the order of the columns.

In the last two centuries, Chinese has mostly been written in horizontal lines in which characters are read from left to right in lines ordered from top to bottom. Again, the text may or may not be arranged in any number of apparent columns, but this has no effect on the order of reading. Usually text is arranged as in English without any apparent columns.

The Wikipedia link shows the normal way of writing nowadays and contains one line with three characters written from left to right. It could also have been written in one column of characters for aesthetic reasons with no effect on the reading order.

The picture of the pavilion shows the traditional order of writing. Despite appearances, it is written in three columns that are each one character long, and the columns are ordered in the traditional fashion from right to left. The fact that it is written in one apparent line is simply for aesthetic reasons, but does not affect the reading order of the columns. Normally, the default arrangement would be to simply write them in one column, rather than three.

In short, when there is only one line of characters, characters are now commonly written from left to right; but traditionally, they would be written from right to left. If characters are arranged in one vertical column, both systems lead to the same reading order for different reasons, because under the traditional system you read the characters from top to bottom, but under the modern system you would read the lines from top to bottom.

Chinese often tout/brag about their cultural inheritance and inventions, however, they often failed to mention how awkward the ancient way of writing was - the Chinese calligraphy was written using a brush with wet ink (毛筆字) on paper, the right-to-left motion forced the writers to lift their forearm at all time in order to avoid mess up the writing. What a punishment for the 讀書人! :) – r13 Jan 6 at 0:07

In my opinion, it's a kind of bias because of not enough knowledge of history. In fact, thousands of years ago, Chinese characters were written either from left to right or from right to left. Words may be written on stones, wooden boards, etc. Later, with the development of society, bamboo slips gradually became popular. Because of people's usage habits, bamboo slips are spread from right to left, and many people can hold the bamboo slips in the left hand and write on the bamboo slips in the right hand without a table. Obviously, it is more convenient to write from right to left in this case. After the invention of papermaking, when writing with a calligraphy, the hands and most of the arms were suspended in the air, instead of putting all the hands and forearms on the paper like the current hard-pen writing. So there very little risk of soiling the sleeves. Then we all know what happened later. Hard pens were quickly popularized in China because of their convenience, and the writing direction of Chinese characters was quickly changed from left to right. In addition, I hope you @r13 don't subjectively add prejudice to things in China. Because a lot of things (like writing right to left) have a reason for it, not as you might think.

5
Written Cantonese input?
3
Understanding different Chinese writing styles
17
How to improve my Chinese handwriting?
0
What are ways to create "simplifed" Chinese characters?
5
Is this Chinese and what is the meaning: 阿ㄘㄟˊ
1
Can 上 always be used like English ” ” (i.e.: same as above)?
1
Spacing Guidelines for Modern Chinese Writing
0
If there are ever "annotations" above or below Chinese characters
1
Do Chinese speaking different languages use written Chinese to communicate?
0
Help with expanding on a Chinese character's name (in headcanon)