Are the words "stamp", "seal", and "chop" synonymous (all meaning 印章)?

I see these the three words "stamp", "seal", and "chop" used to refer to what seem to be almost the same thing. 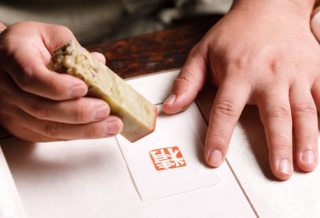 I'm not sure if there's any distinction here, they all seem to be:

Question: Are the words "stamp", "seal", and "chop" synonymous (all meaning 印章)?

this one quoted from a comment. yes, there are.

the official “stamp” of a nation is named “national / state seal” (國璽), like:

National seals of the Republic of China

The National Seal of the Republic of Korea

roughly, the “stamp” used by an emperor is called “寶”. occasionally, the national seal is also called “寶”

the most famous one is “乾隆御覽之寶”

every books, paintings “read” by emperor 乾隆 had this 🙀

any ”stamp” for authentication (individuals, companies, institutions, officials), is named “印” in chinese.

eg, the seals on calligraphies, paintings would implied that it’s an authenticated products of the owner of the seal.

or, an official stamp (官印), the seal / stamp of any governmental department

the most singnificant example is “閒章” (leisure chop / stamp?), which is a “stamp” with lucky verse, proverb, or poem.

this one would be translated as “stamp”, or “chop”

last, there’s a specified character “鈐” (u+9210), used as a verb, which means “to transfer pigments onto a surface using a stamp”

last, if you can read literary chinese, and have access to internet archive, there’re books talked about sigillography (“印學”) 😸

There is a problem that both English and Chinese share, which is that the nuances of these words and their use in context range over numerous things, including: an object that can be held in the hand, the design on the object, a process that uses the object, the result of the process, and the social effect on an object that has been subjected to the process. Many words in both languages can be applied to different parts of this range of meaning.

Both languages also have verbs or modifiers that can be used with these words. Chinese has the additional flexibility of sometimes combining words.

Most of what I say below comes from various dictionaries have on Pleco. It is hard for me to type traditional character, so I will mostly mix in simplified ones.

At first 璽 was a term for something in common use, but since the Qin dynasty, it became a term reserved for what the emperor had. What the common people had was then called a 印. During the Han Dynasty, seals of officials began to be called 章 and 图章.

During the Tang Dynasty, Empress Wu substituted the word 寶 for 璽 because of the phonetic similarity of the latter term to 死. Also during the Tang Dynasty, what officials and private individuals used could be called 记 (mark?), 朱记 (red mark?), 钤记, (locked mark? for a low ranking official), 关防 (seal prevention?), 图章 (document seal?), or 花押 (embellished signature/mark?).

The most general term appears to be 印 for what the object does. The term 印章 appears to imply that it is a sign of authenticity. I am guessing it originally emphasized the unique design on the object because of the character 章. The term 图章, according to one dictionary, seems to emphasize the use with documents. It defines the term saying: 图书印章。后泛指印章为图章。Both 印章 and 图章 can refer both the object and the impression it leaves on a document.

There is also the term 印信, which seems to emphasize the confidence you can have in the authority behind the mark. One dictionary says that it originally applied to company seals but now generally applies to seals of government organizations.

In Chinese, we have: 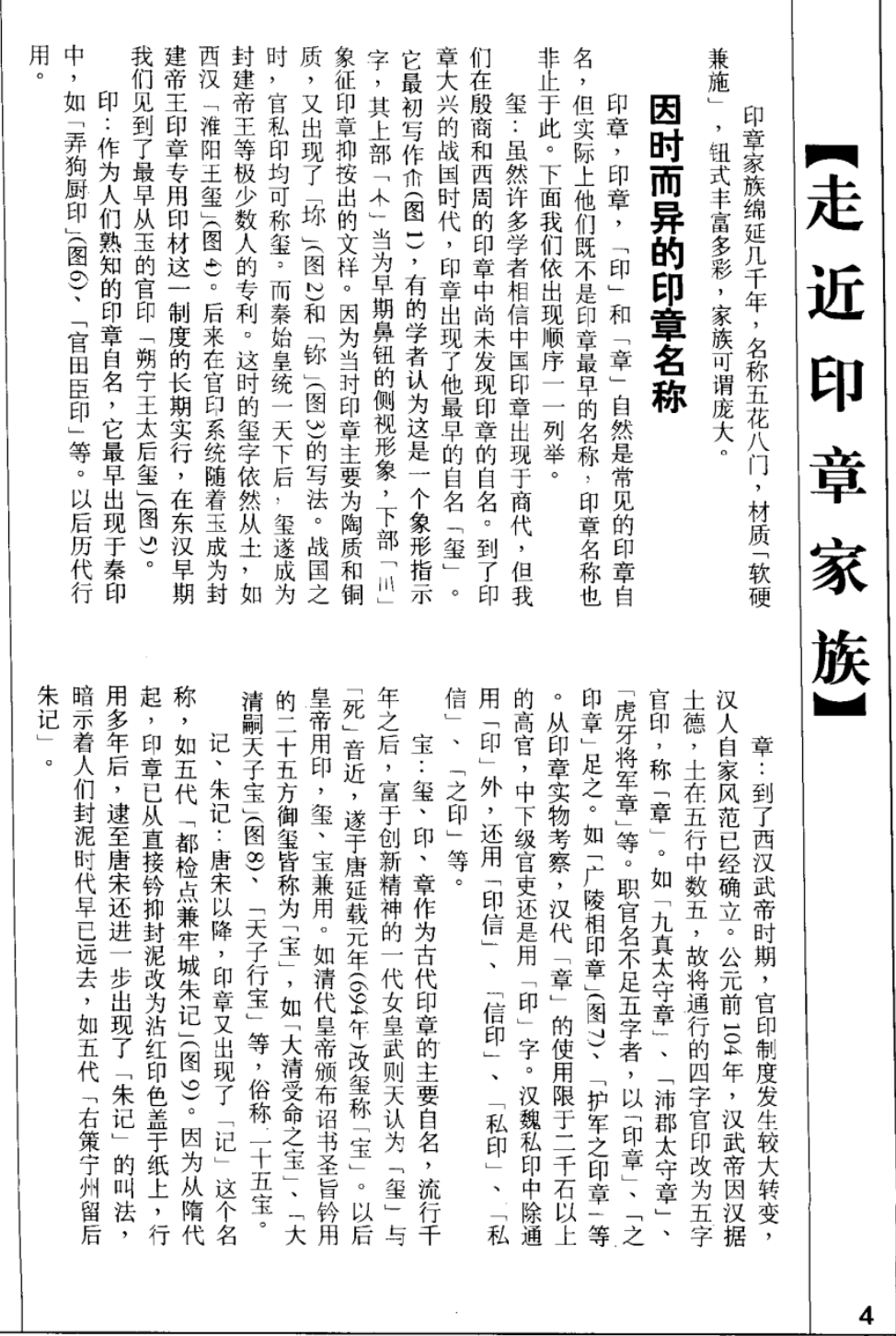 0
What's the difference between 礼仪，惯例，规矩？
0
Artist seal and meaning
15
Very frequently used word in Mandarin that sounds like "nica" or "nigah"
1
What do these two seal stamps and these three characters on my Chinese painting mean?
1
Are there distinctions between the various terms for "Confucius" (孔子, 孔丘, 仲尼)?
3
Where does 别间 ("other") as in 别间大学 come from?
0
Can someone please help me translate this chop/seal/stamp?
0
How accurate is CNN's (or Google Translate's) translation of 把全部心思和精力放在备战打仗上 as "put all our minds and energy on preparing for war"?
1
Are 煤碳 and 煤炭 the same thing ("coal")?