What does GG mean here?

Saw this FB post about this unfortunate taxi accident in HK: 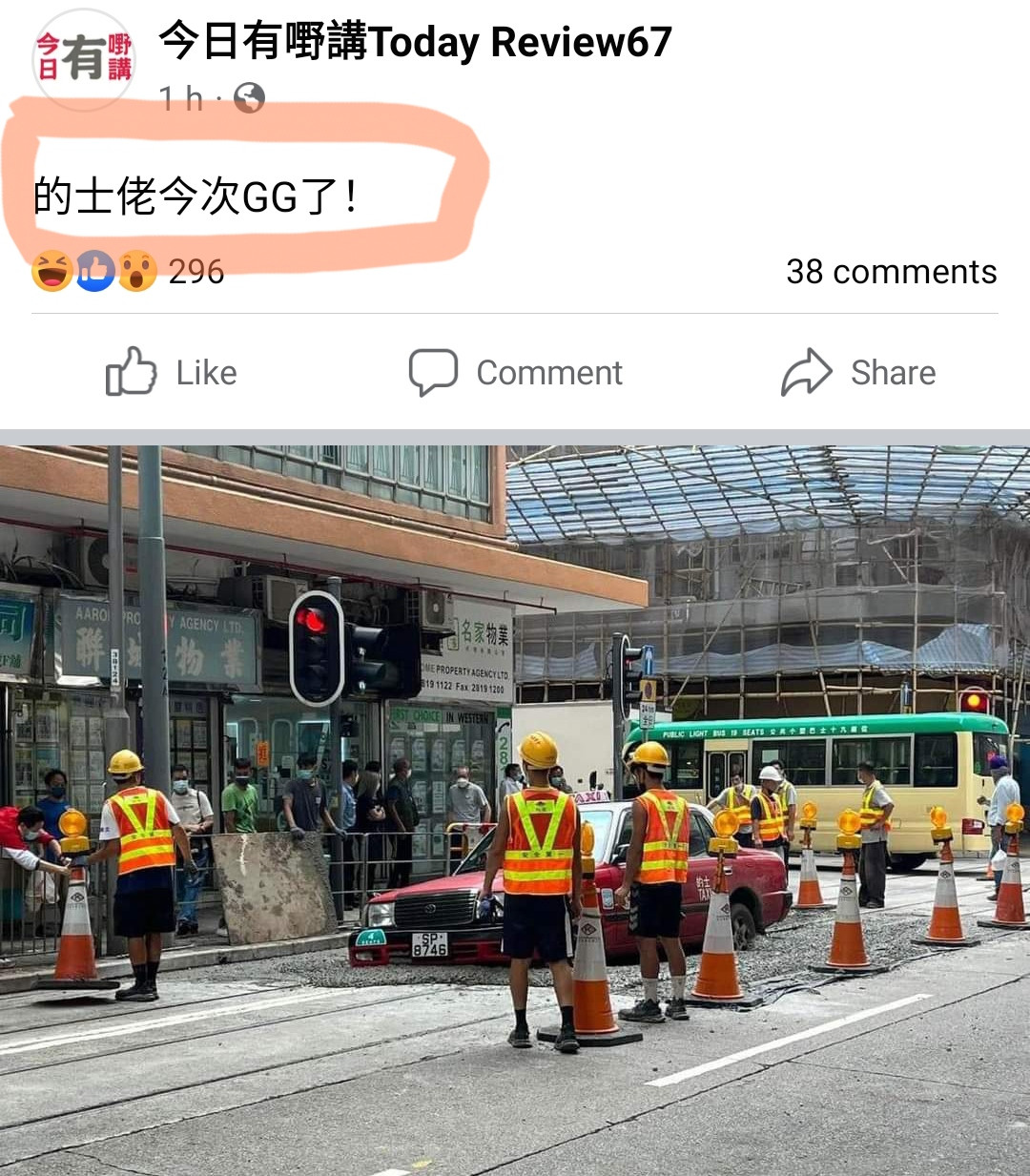 However I have never heard the term GG before and was wondering if its supposed to be shorthand for something else?

After a close match, the players might say "good game" to each other

It can also be used as a mocky, for example, I beat you 6-0 6-0 in tennis, but you still played a good game

In the context of the picture you posted, gg means "game over (finished)"

I play online GO, I would type "gg" if the game was very close

留名 or LM literally means “leaving a name”, which has an extended meaning of subscribing to something (think leaving your email address to subscribe to a newsletter). In this case, it means the user subscribe to this post, and would like to follow the incident. Facebook (and many social platforms) used to notify a commenter when new comments are posted by other user, but now it’s just become a way to say “I would like to see what happens next”.

6
Chinese weather periods
1
Where, when and what is the word 圆舞 used for?
5
What does 你找我有事吗 mean?
0
What is the meaning of 很搭?
4
What does 没门 mean?
0
What does this writing mean on this jacket?
6
How did 贼 come to mean "extremely"?
3
What is 輸打贏要? (Cantonese expression)
1
How do we translate "to expect", in the sense of "the author expects the reader is familiar with Chinese culture"?
1
What does 拉丝为加丝 mean?