I am very interested in these old Chinese maps, such as the 坤輿萬國全圖. They are so advanced, and highly accurate for their time. I hope someone out there can read the traditional Chinese. I can recognise only a few characters, and what I really want is to get a feel for what the cartographer thought about Australia, and the Pacific. Unfortunately with my limited Chinese literacy, I cannot get the full picture. If someone would please translate for me the big blocks of text in the Pacific Ocean, and Australia, I would be so thankful.

I hope this doesn't get flagged. I'm only posting here because this site is the best, and I feel like perhaps this could be of historical or educational significance to those studying Traditional Chinese, and who want to know more about the history of the Chinese people.

Many of the names have Japanese katakana so if you (learn to) read katakana, that will help you. E.g., in Europe, Italy 意大利亞 has イタリア (i-ta-ri-a), and in the Pacific, Solomon Islands 沙蠟門島 has サラモん (sa-ra-mon).

Some katakana and Chinese don't match though, like Madagascar, which katana is マダカスカ (ma-da-ka-su-ka) but the Chinese is 仙勞冷祖島 (with a Chinese approximation of Madagascar as an also-known-as, "一名XXXXX").

Doesn't look like they reached Australia at all. They have reached Indonesia and not further South from there. From the map, it looks like the area between Indonesia an Antarctic was off limits due to heavy storm in the area. 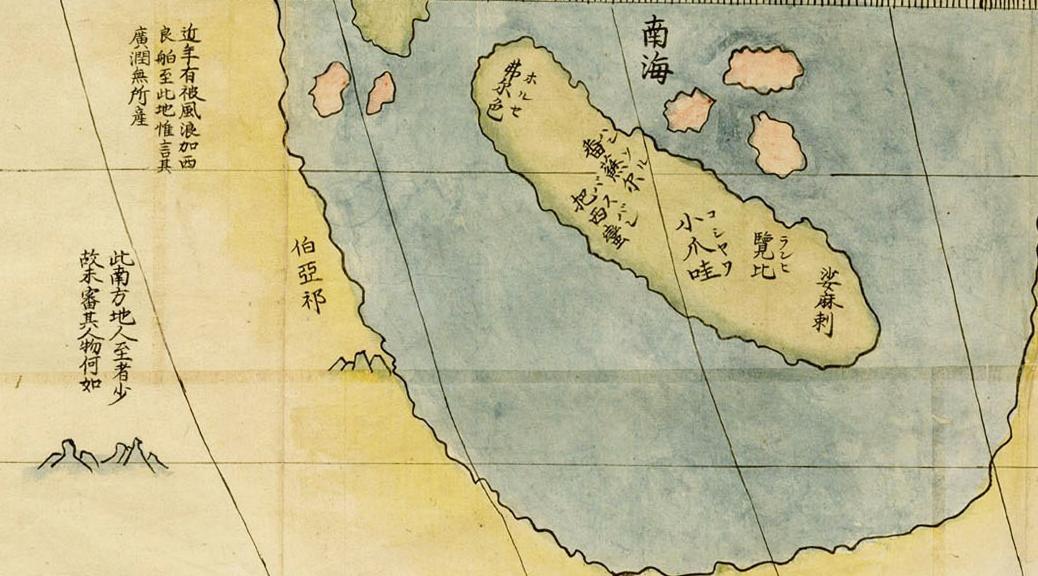 From the look of above picture (from bottom middle of the original map), the following are translations to the left:

My understanding of the positioning is that this might be northern tip of the Australia. Due to the geographic locations, not much information is available of the area during Ming Dynasty. 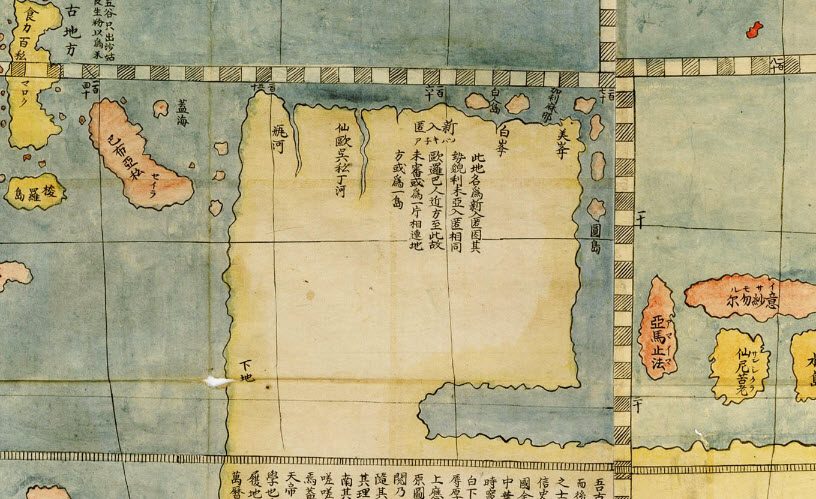 I can translate it to modern Chinese,can't do that in English ,my English is not good- -||

Is this Australia? The text on it is: 此地名为新入匿，因其势貌利味亚入匿相同，欧罗巴人近方至此，故未审其或为一片相连地方，或为一岛。

try to translate it：

This place is called 新入匿，because the environment looks like 利味亚入匿，European have just got there，so have not explored whether it is a big land or island. 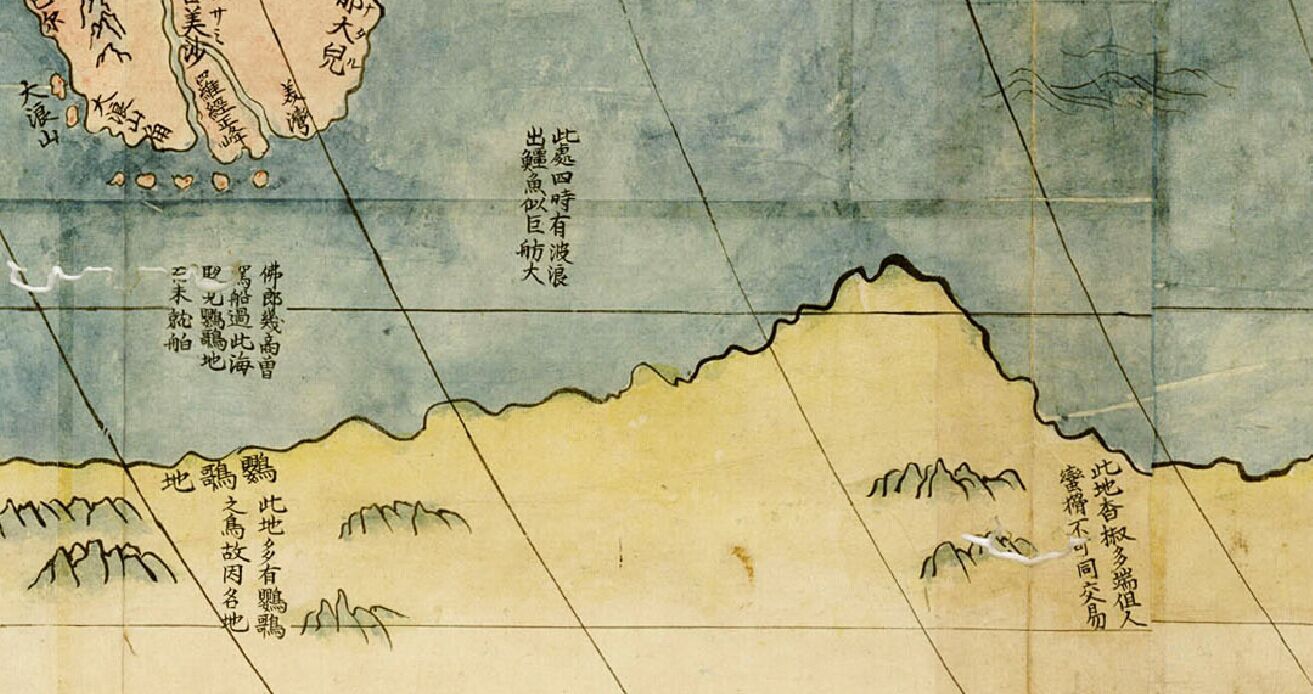 the left text on the sea is : firangian(佛郎机人, used to be what Chinese call spainish and portuguese) chamber of commerce used to pass this sea by vessel and see parrot's land, however, they didn't stop there.

the right text on the sea is :

the left text on the land is :

the right text on the land is :

this land yields spice and 椒（would means chili or pepper）but the residents here are sly so should not do trading with them.

this part should not be a strong evidence of Chinese found Australia. Now we know the south of Africa is Antarctica, that should not yields parrot or spice. I guest this part is ether Australia or somewhere in south America, only this place could possiblely yield parrot and spice. south America is more likely since it's parrot and spice is famous. portuguese and spanish was likely to reach somewhere of Agentina by wind mistakenly but still though they was heading southward.

Not the answer you're looking for? Browse other questions tagged translation traditional-chinese or ask your own question.

3
Issues with machine translation from Traditional to Simplified (not vice versa)
0
How is 天论问宪 translated in English?
2
Ancient Chinese Saying #437: ... 10,000 days for the sword