Obviously this question is very similar to When should 了 be after the verb and when should it be at the end of the sentence?. I just wanted you to know that I consulted that before I posted this question.

I'm working through Rosetta Stone and I have a screenshot that illustrates what I'm struggling with.

So here we have two instances where le is appearing at the end of the sentence and one where it appears immediately after the verb. However, all three sentences involve someone giving an item to someone else so I would think they would all follow the same grammar rules. Here is another example: 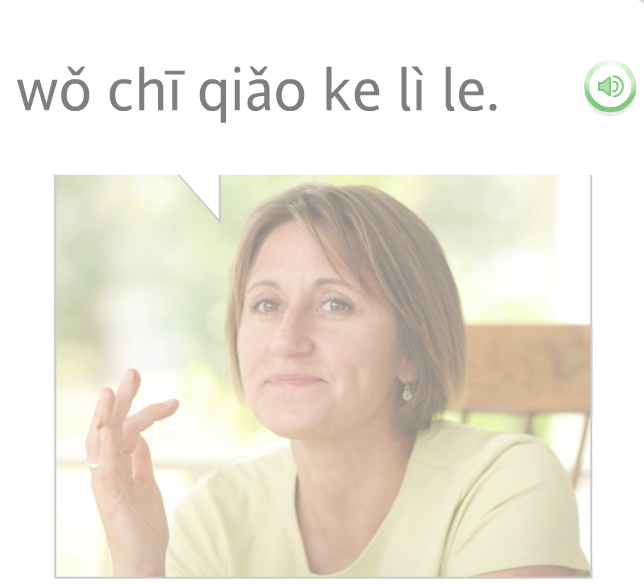 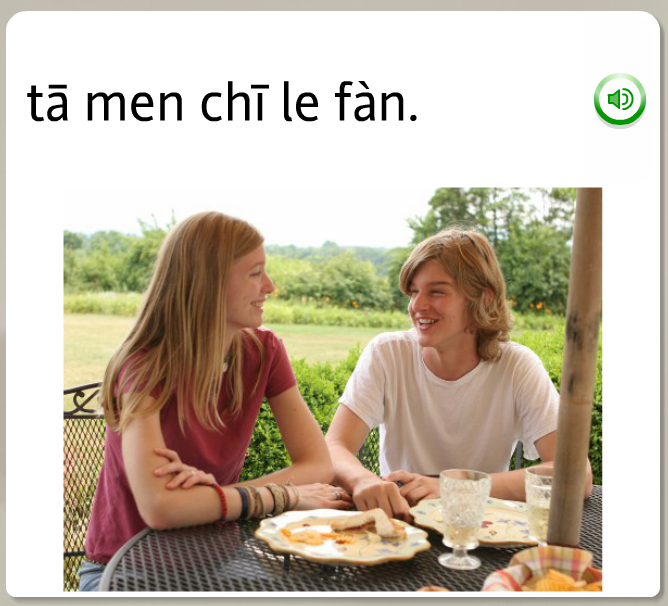 In both pictures someone finished eating something so I would think they would follow the same grammar. So why does le appear after the verb in one picture but at the end of the sentence in the other?

I think whatever you put 了 after verb or at the end of of sentence. they both means the action is finished or completed. It is past tense. So, 我吃了巧克力 and 我吃巧克力了 just means I ate chocolate.

Please remember the grammar of 了1 and 了2。obviously, its quite different. you have to learn how to distinguish that words. 了1 always been put end of verb is equal to the perfective aspect. (simplepast or present ) 了2 put end of the sentence is equal to perfect aspect. ( perfect tense) is always indicate the effects of condition are related with present time. 我在看他的展览了。 我在看他的展览。

Not the answer you're looking for? Browse other questions tagged past-tense or ask your own question.

1
Learning past tense with Rosetta Stone
9
When should 了 be after the verb and when should it be at the end of the sentence?

9
When should 了 be after the verb and when should it be at the end of the sentence?
6
How exactly do time and "tense" work in Mandarin REALLY?