When I see the radical being used in 洗 and 凉 in some books or even sougou. They break it up into a broken radical that looks nothing like it.

Is it one of those things that are related only to computers and I should just ignore the difference? 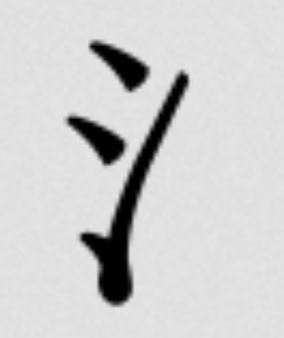 As others have commented, it is just another font. I would say just ignore it and as a learner, stick to the standard one for now, which is like three short strokes on the left. It would make more sense if we look into the origin of water character in Chinese: 水 (shui3). The pictographic form for 水 (shui3) looks like a river flow, which gradually evolved into the three strokes as the radical form for water character in Chinese: 水 (shui3).

There are many glyphs for Chinese characters, for example,

Some glyphs for character "洗"

You can just ignore the difference between print fonts and handwriting font. It's in the same way that we don't write the letter 'g' (by hand) like the way we print it.

27
How can one determine the radical for a given character?
6
"Four-part" composition of characters
12
Confusion about the ice radical 冫
1
Do all 汉字 components (radicals and non-radicals) have names?
0
What are the radicals that make up 地?
6
Why does 他没看书 use 没 and not 不 in this dialogue?
0
Why do the Chinese characters on my phone and computer look weird?
1
Help identifying a kanji
5
Meaning of early written versions of 地 and etymology?