What is the meaning of ㄝ?

注音符號 are symbols invented to help kids understand how to pronounce a Chinese word in Taiwan.

Before 注音符號 was invented and PingYin were imported, students learn the pronunciation by repeat the teacher's pronounce. 注音符號 has been used for almost 100 year.

In Taiwan, the words in Chinese textbooks for elementary school student are remarked by 注音符號. So students can understand how a new word pronounce without parent or teacher. Each symbol represents a pronunciation, with combinations of these symbols(maybe 1 to 3) students can easily pronounce any Chinese word. 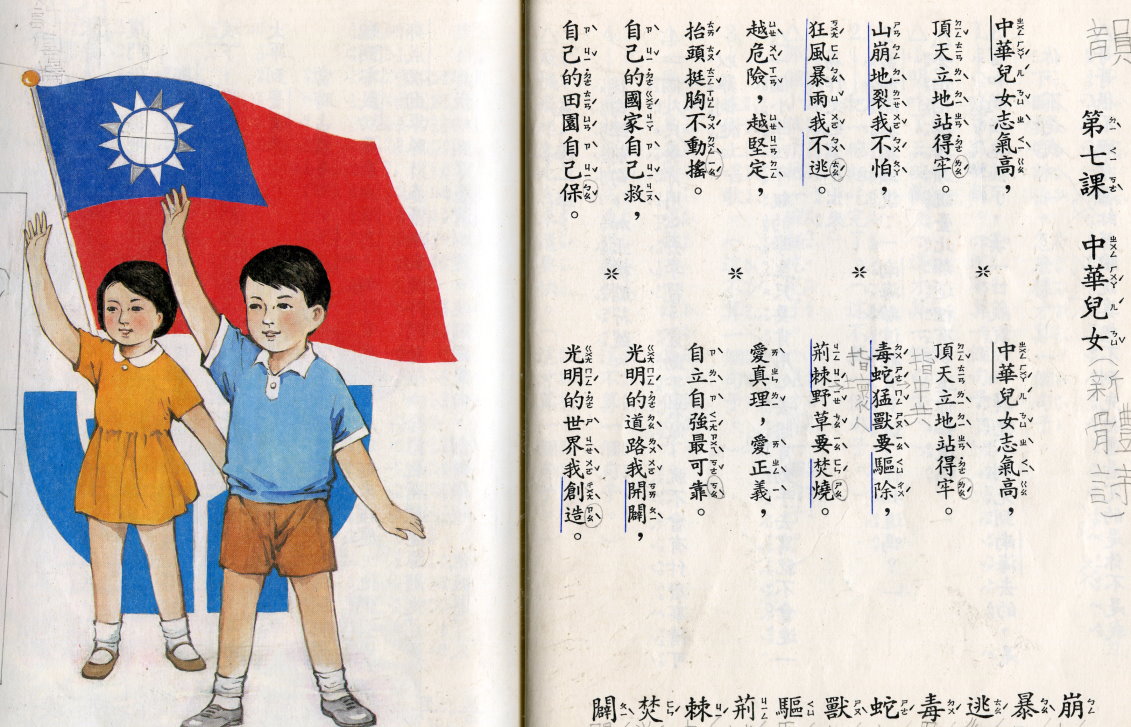 In most cases, 注音符號 are not be used in formal article. But several years ago, there are a new usage of 注音符號 invented by youth. This sub-culture are called 注音文(which means article mixed with 注音符號.)

With 注音文, people use a single symbol to represents a real word which pronounce alike or similarly.

The most general example is

Back to @Graviton's question, ㄝ read(not pronounce, each symbol have its own read and pronunciation, just like alphabets) similar( or you can say just in the same way) to 耶. 耶 is an interjection pronounce Yé, which is used to represent a happy emotion.

Using 注音文 is not very popular now in Taiwan. Since it's not really professional, and makes you looks like a kid in a social network.

Hope these can help you. :)

ㄝ is not actually a character with a semantic meaning. Instead, it is a phonic symbol based on a system referred to as "zhuyinfuhao" 注音符号. It is not used as a character, but is used to annotate other characters instead.

ㄝ, according to the Wikipedia article, is a yunmu 韵母, or a vowel, and both its shape and its pronunciation were derived from the character shi 世.

1st, Zhu yin is used in Taiwan, Mainland uses Pin yin. 2nd, It is like phonetics for English, you don't use it normally. I guess that's why you don't see it often.