What is the translation of the text and seal on this scroll?

What is the script type of the large main text? Initially I thought it was seal script since the characters looked quite similar to those on the Shuowen Jiezi radicals list but then didn't have much success translating them using http://www.guoxuedashi.com/zidian/xz/ 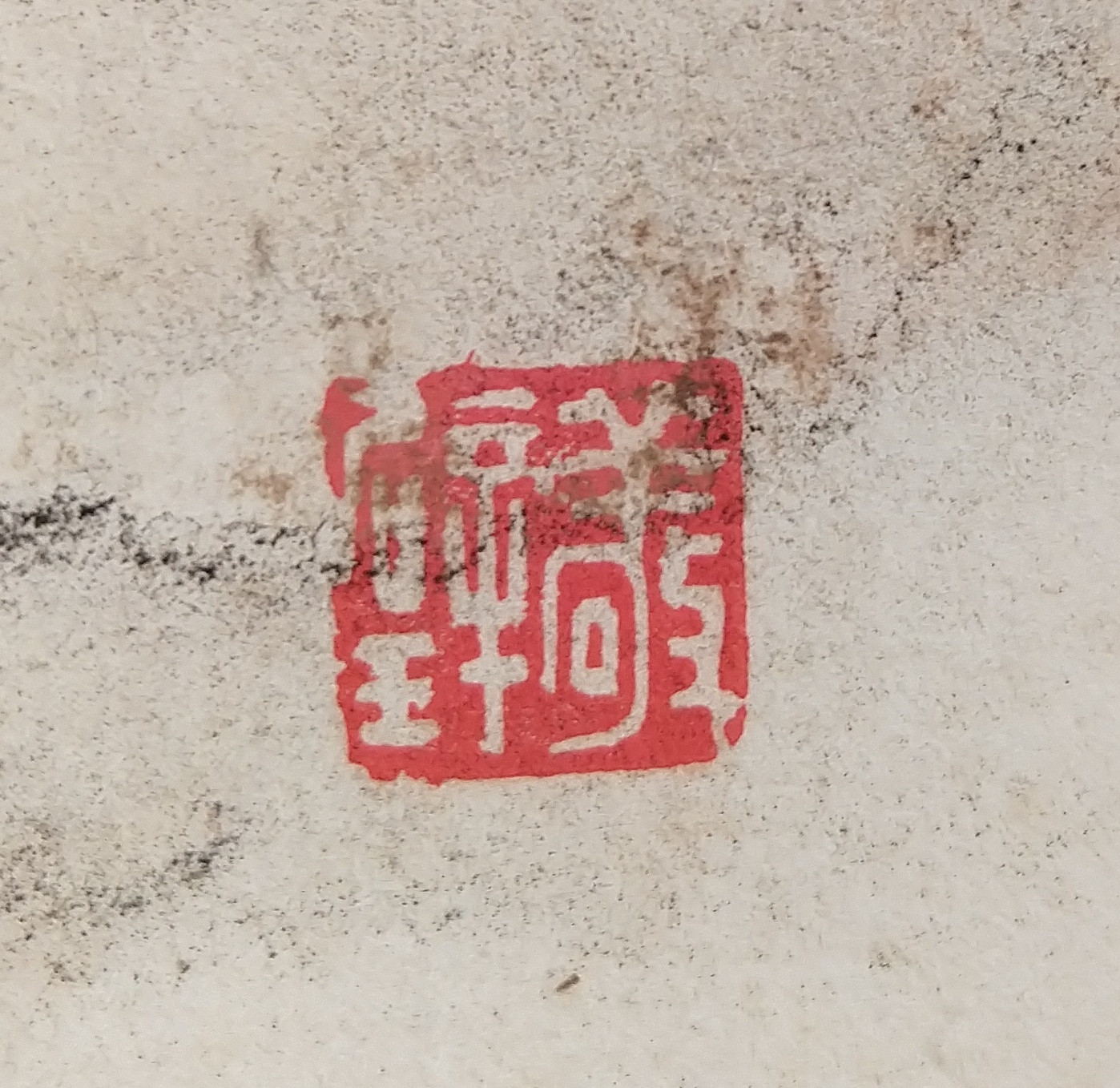 「高明配天」 is a short segment from the Doctrine of the Mean. The entire line that this segment is found in is

...one's learning as expansive as the land on this earth, one's achievements as noble and lofty as the blue sky, lasting through to eternity...

The seal 「敬璧」 is part of the name of the artist (as given on the smaller calligraphy on the left).

Generally, if you find something that kind of looks like seal script but feels somewhat off (e.g. you can't identify some components), you can assume that it's some kind of pre-Qin writing style. I would classify the large calligraphy as being inspired by oracle bone script and the seal as being inspired by inscriptions from around the Spring and Autumn period.

We can have a go at explaining the character shapes below...

which was originally made up of a kneeling person 「卩」 next to an alcohol vessel 「酉」. The original meaning was an abstraction of people jointly kneeling or prostrating at a ritual (and wine was often an offering in these rituals), and the joint ritual meaning was semantically extended to join, pair, match.

The closest shape to the first character in the seal is 「𢿩」, and this is normally written nowadays as 「敬」. The character 「敬」 (Zhengzhang OC: /*kreŋs/, respect) comes from semantic 「攵・攴」 (hand holding a hitting weapon) and phonetic 「茍」 (/*kɯɡ/). The shape in the seal comes from a corruption of the

part of 「茍」 into 「羌」, and this corruption is not inherited in the modern form 「敬」.

Note: the proportions have been distorted slightly in the seal.

This should be recognisable from the small calligraphy on the left, if not for the distorted proportions.

What is the script type of the large main text?

it’s bronze script. you may compare the text with the 漢語多功能字庫

as droooze indicated, the bigger characters are “高明配天”, a verse originated from 中庸; one of the english translation is:

so high and brilliant, it makes him the co-equal of heaven

this interpretation is adequate for most :)

the smaller characters on the left are:

the seal is “敬璧” (read from right to left), in seal script (with certain level of deviation)