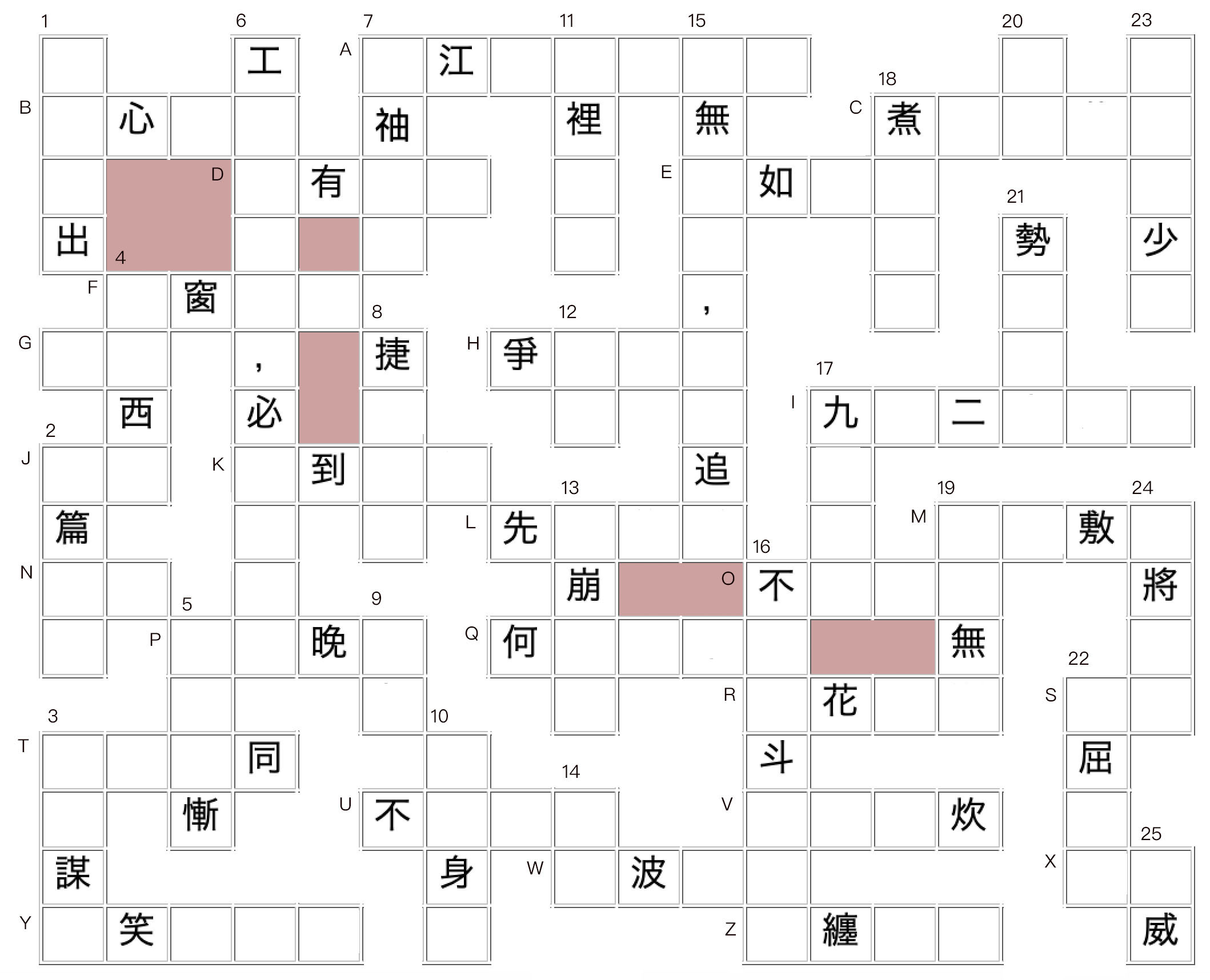 B. You can do whatever you want

C. A scene in the Romance of the Three Kingdoms where 曹操 and 劉備 remarked on the other warlords of the time

E. Gone without a trace

F. The ulterior secret has been completely exposed

H. Fight to move ahead; afraid of falling behind

I. The strength of nine bulls and two tigers combine (enormous effort)

L. Negotiate with the other party in a polite manner first and then use tough methods when it doesn’t work

M. Income is less than the expense

N. A Chinese mythical figure in ancient times, famous for his feat of flood control

P. Describe someone who achieves success at a mature age.

T. Unlike the others

U. Unruly and unseemly behavior

W. Things are going through twists and turns, and it’s not easy

Z. Describe someone with a lot of cash in his person