My question is pretty straightforward: which words are used in Mandarin Chinese to refer to zeptoseconds and yoctoseconds? You can check what they are in this list on Wikipedia.

You can check out this Metric SI Prefixes Table in Chinese for even more details. Heres a quick and dirty current screen grab for reference: 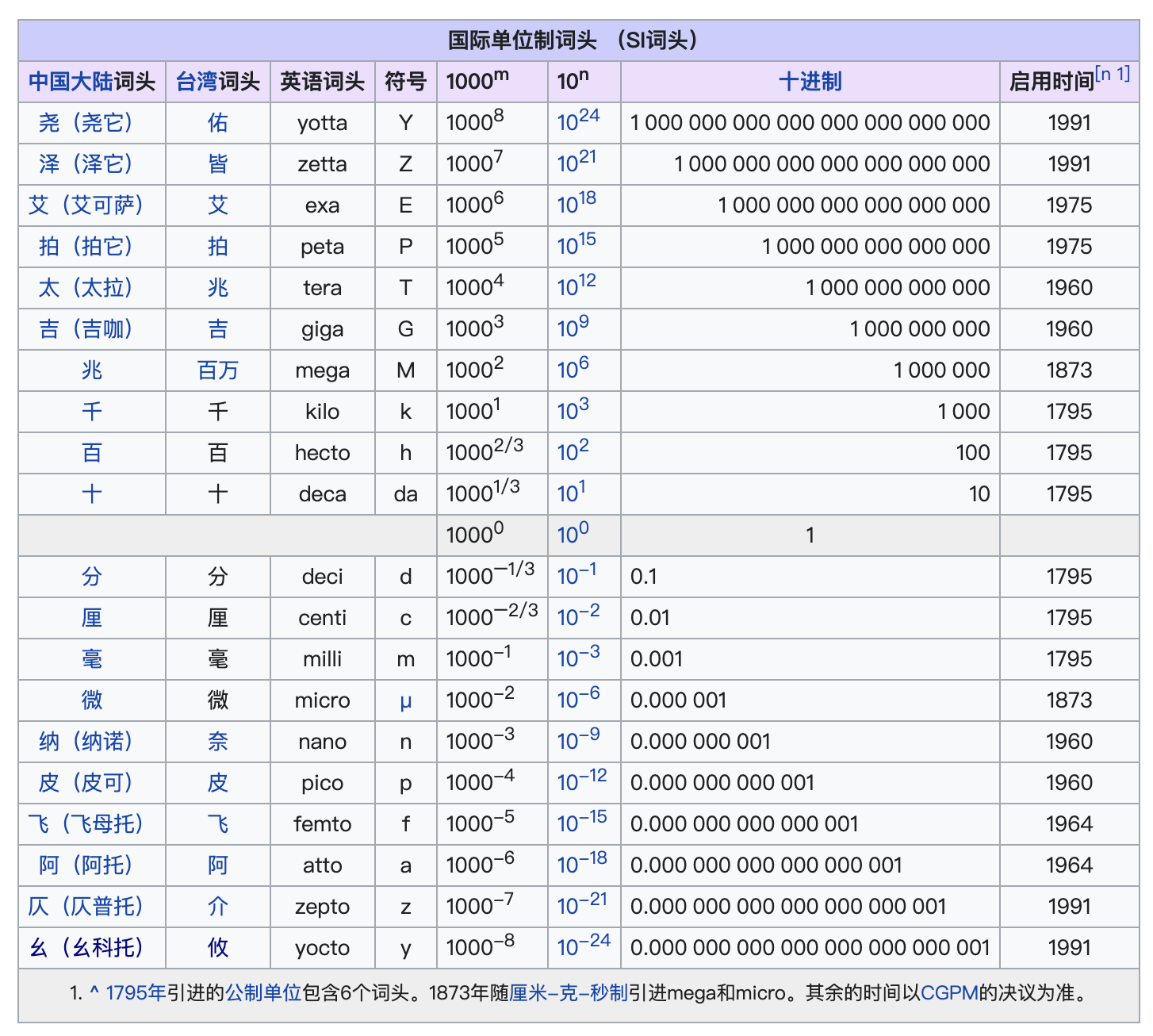 It is a straight forward question about the translation of specific scientific (mathematical) terms, and Mou某's answer referencing from a creditable source is also a straight forward answer. Therefore, It should be accepted as the answer to the question

One thing I want to add is, these scientific terms mean very little to the general public. When people in scientific fields mentioning zepto-this and yocto-that among themselves, there's no need for an explanation because they all know what it means. However, when they speak to the general public, they often need to explain 'zepto' means 'negative one followed by twenty-one zero' to a layman

Not the answer you're looking for? Browse other questions tagged translation word-requests or ask your own question.